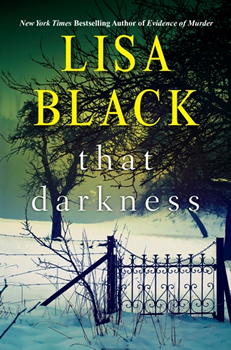 Lisa Back is a writer first and a forensic scientist second.  These two passions came together for in a series of suspense stories of absolute perfection. The writer of unforgettable bestsellers starring forensic scientist Theresa MacLean (Trail of Blood, Evidence of Murder, and Takeover), Black takes her readers on fast-paced journeys, possibly sparked by a latent fingerprint or a spot of blood.

Black was kind enough to take time out and talk with The Big Thrill about her latest title, giving us a peek into her latest offering, her writing career, and even her thoughts on what the elusive Ripper might manage to pull off in the high-tech forensic world of 2016.

When did you have the desire to add writing to your resume along with forensic scientist? Did one overlap the other?

I’ve written since I was a kid, actually, so that “career” came first. I wrote amateur sleuth mysteries before I got into my current line of work, so once I had the training in forensics it just made sense to approach the murder mystery from that point of view.

Is there any particular thing you dislike about writing?

It’s hard. And after I spend months and months doing it, my agent—followed by my editor—want changes, and I have no idea if the changes make the book better or worse. No idea. And…it’s really hard.

Can you give readers a peek into the new title, THAT DARKNESS? And perhaps talk about where the idea for this book came from?

The beginning of this book is a scene that had been rattling around in my head for years: What if someone takes the worst of the worst criminals, sits them down, plies them with food and drink and makes them as comfortable as humanly possible before executing them? Would that make the person compassionate or twisted? Practical or depraved? Jack, the character who carries out these deeds in THAT DARKNESS, understands that violence doesn’t come out of a vacuum, that these criminals were raised to be what they are, just as other children might be groomed to attend Ivy League schools or take over a family business. But their path is now ingrained and no amount of prison time or job training is going to make a difference. In Jack’s estimation, his process is the most kind to all concerned, including the victim.

The title is from the Bible, believe it or not. “If therefore the light that is in thee be darkness, how great is that darkness!” (Matthew 6:23). I thought it spoke to the question of who Jack is. Society would define his actions as evil, but he does not see it that way.

Being a forensic scientist, do you believe in this day and age that there is an unsolvable crime? Would Jack the Ripper still get away with it in 2016?

There are unsolvable crimes, but I believe that’s entirely due to luck or that the perfectly planned crime can crumble do to lack of the same. You can plan the perfect murder for months, and then run into the pizza delivery boy on your way out of the crime scene because your victim had an attack of the munchies just before your visit. Or, you could be hanging with your pal up the street watching the game, get into a fight over a ref’s call, beat him to death and go home. No one happened to know you were there and your pal could be an abrasive type who left behind plenty of suspects. If you don’t look injured and didn’t bleed at the scene or leave a fingerprint in his blood, then perhaps no one will ever look too hard at you.

The most difficult situations are where the suspect had legitimate access to the scene, especially if they lived in the same house. Fingerprints, trace evidence, even an errant spot of blood are easily explained away.

As for Jack the Ripper…maybe, maybe not. Unfortunately, prostitutes are still good targets because they tend to leave quietly with strangers. With so much knife work, he probably would have nicked himself at some point and bled at the scene, but with all that blood it would be nearly impossible to pick out a drop that might not belong to the victim. However, given London’s ubiquitous CCTV cameras, in 2016 he had better dump the top hat and wear a hoodie.

What is a unique/memorable moment you have had with a fan?

At my first Bouchercon, I remember an older man saying to me, very earnestly, “How do you get in the place where your characters talk to you?” He seemed disappointed and quite displeased when I told him that my characters don’t talk to me. They talk to each other, but not to me. I don’t exist in their world. Since then I’ve had the sneaking suspicion that I’m doing something wrong.

If you knew that a wannabe author was going to dig up a time capsule in say…two hundred years, with a note from you inside, what advice would you give to them?

I believe it would be the same advice that I’d give them today: Read the best authors in your field, the ones who write the kind of stuff you love, then write what you want to write.

I lead an extremely unfrightening life. Seriously. I have never been actually “scared on the job,” not by bodies or suspects or searching crime scenes in the dark. The action is all over by the time I get there and I’m surrounded by armed officers. Most of my research is done through reading. Probably the most daring thing (which really wasn’t at all) was getting off at the East 55th rapid transit station during non-peak hours to research Trail of Blood. And zip-lining 80 feet above the Ohio tree line gave me the title for Blunt Impact, though the zip-lining itself had been my sister’s idea. Sisters are always big on you expanding your horizons.

If you could choose one of your titles to see up on the big screen, which would it be and why?

Either Takeover or Trail of Blood. Takeover is my personal favorite and very fast-paced, but Trail of Blood is more atmospheric and has the historical scenes.

Is there any particular writer that you wish to call up and say, “HURRY up with your next book!” because you really want to read that author a great deal?

I’m really sorry that Ethan Black (no relation) hasn’t written a new novel since 2004. And there’s a whole host of fabulous writers who have written new novels that I haven’t read yet because I’m either reading nonfiction in order to prepare for my next book, or still muddling through the fifty-odd books underneath my futon from the last time I judged a best hardcover contest.

If there was one person (alive or dead) who you could sit down and have lunch with, who would it be and why?

I hate to get serious, but I guess it would be Jesus. (I can picture myself diving in as soon as the salads arrive: “Okay, once and for all, let me get this straight…”)

For fun, it would be Cleopatra, provided I could find someone to translate ancient Egyptian. As far as authors go, it would have to be Alastair MacLean, who is probably the reason I’m a writer today. He introduced me to the concept that grown-up books could be both gripping and fun at the same time.

Alastair MacLean would be proud. “Gripping” and “fun” is the incredible recipe that Lisa Black uses in all of her creations. Suspenseful and intelligent, this is one lady who appears on many readers’ lists of authors they want to call, and say, “Hurry up with your next book!” 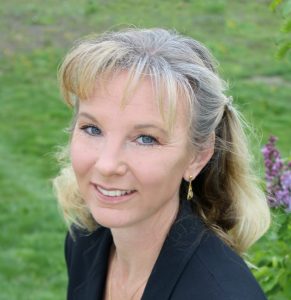 Lisa Black has written nine traditionally published novels of forensic suspense and is under contract with Kensington for two more. She has worked in forensic science for twenty years and is currently with the Cape Coral Police Department. She is a Certified Latent Print Examiner and a New York Times bestselling author with a somewhat debilitating chocolate addiction.