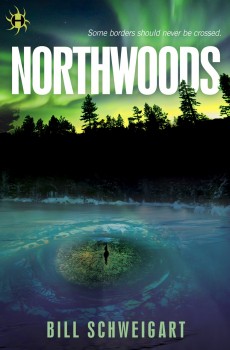 Beware the rustle in the bushes—NORTHWOODS brings to life the hidden terrors in the forests of Minnesota, where two law enforcement officers stumble upon a horrific scene.

The second installment of Bill Schweigart’s horror series, NORTHWOODS, follows Ben, Lindsay, and Alex, three traumatized investigators with a personal history dealing with this horror, as they pull the reader along in a quest for the truth—and survival.

Full of thrills, spills, and gore, readers who loved The Beast of Barcroft will be pleased to see how the team has learned from their past, though not without paying a price.

During Ben’s final confrontation with the beast, he felt the presence of his dead father. When NORTHWOODS begins, a full year has passed since the events of The Beast of Barcroft and Ben’s been chasing that feeling in some less-than-healthy ways,” says Schweigart. “Lindsay gained some newfound confidence after her encounter with the beast, but she’s not making the best choices either. They’re the best of friends now, but even friends keep secrets.”

“As for Alex, he is perhaps the most shaken. He returned to his childhood home in the Northwoods of Wisconsin to recover from his injuries, but he becomes embroiled in the same family conflict he’s faced all his life: torn between the reservation he grew up on and the pull of larger world. Worse, he senses something terrible is coming. As happy as he is to see Ben and Lindsay again—his friends are the only other people who can possibly understand what he’s been through—Alex knows trouble follows them.”

As well as delving into the team’s psychological battle, NORTHWOODS has plenty of what horror readers love – a killer monster. Schweigart wouldn’t have it any other way.

“Bigfoot, the Loch Ness Monster, the Jersey Devil,” he says, “I’ve loved these sorts of creatures since I was a boy, before I even knew they were called cryptids. And I love normal animals that grow to enormous sizes, like massive sharks or giant squid, or even something as simple as a regular critter that shows up where it’s not supposed to.”

But NORTHWOODS doesn’t have just any “regular critter”—take heed, and fear the cryptid.

“When I started writing THE BEAST OF BARCROFT, I knew the traits and capabilities I wanted my cryptid to have,” Schweigart says. “Then I saw an episode of Brad Meltzer’s Decoded. He was investigating Alaska’s very own ‘Bermuda Triangle’ and one of the theories put forth was a very specific, very terrifying creature from Native American folklore, and it fit perfectly. (I’ve met Brad since and thanked him for letting me steal his cryptid!) If The Beast of Barcroft was folklore as a weapon, then NORTHWOODS is folklore as an invasive species.”

“…[Those] authors put indelible characters that I loved dearly in[to] gut-wrenching situations. That’s what I set out to write: page turners with characters people genuinely care about at the center of something horrible they barely comprehend.”

Fans of the first installment will also be pleased with the secondary character development in NORTHWOODS—and Schweigart obviously had a good time doing it.

“Writing anything with Richard Severance, my arrogant cryptozoologist, is always a blast, but this time my favorite scene features Alex Standingcloud. From the feedback I’ve been getting, even though he didn’t get much ‘screen time’ in The Beast of Barcroft, people really responded to him. But he got punked! Readers didn’t get the opportunity to see what he’s really capable of. There’s a point where he has to hold the line and fans of Alex will finally get to see him cut loose. Whether or not he survives is a different question.”

Schweigart, a former Coast Guard officer currently living in Arlington, VA, when not reviving lore from the depths of Washington, D.C. and drawing from his nautical adventures, writes in Scrivener and devours Marvel comics for fun. He’s also a fan of reading mysteries, crime fiction, and detective stories.

Fans of Schweigart’s work will be pleased to hear that he’s continuing the misadventures of his ragtag crew.

“For two novels now,” he says, “they’ve been on the defensive, running from nightmarish creatures out for their blood. In NORTHWOODS, they begin to suspect that their encounters with cryptids may not be as random as they thought. In the third installment, the team identifies the source and decides to take the fight to it. Those who get out of the Northwoods alive, that is.” 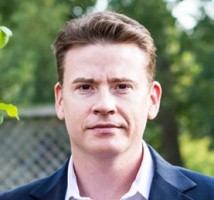 Bill Schweigart revived a bit of forgotten lore from the shadow of Washington DC in his last novel, THE BEAST OF BARCROFT, which found a devilish creature stalking the residents of Arlington. Its sequel, NORTHWOODS, will be available February 16, 2016. Bill is a former Coast Guard officer who drew from his experiences at sea to write the taut nautical thriller, SLIPPING THE CABLE. He currently residents in Arlington, VA with his wife and daughter, who along with their monstrous Newfoundland and mischievous kitten, provide him with all the adventure he can handle.