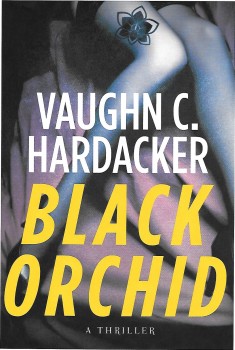 When New Hampshire rich girl Mindy Hollis gets lost in Los Angeles, her big sister hires private detective Ed Traynor to find her. Traynor and Hollis’s security chief, Jack McMahon, take off for Tinseltown to track down the aspiring actress—but soon discover the only part she ever got, was the one that killed her.

Their hunt for her killers takes them from the bowels of Mexico City, to the glitz of Los Angeles, north to a movie set in Vancouver, and then back again to Hollywood, where the angels are dying in the dark. It’s up to Ed and Jack to save them before the film fades to black.

Where did you get the idea for THE BLACK ORCHID?

I’ve always been intrigued by The Black Dahlia murder case. Elizabeth Short, a young woman from the Boston area, went to California in 1946. On January 15, 1947, her mutilated nude body was discovered in a vacant lot. In THE BLACK ORCHID, another young New England woman travels to L. A. to make it in the movie industry. Her mutilated body is dumped on a hillside in the Santa Susanna Pass, in the Simi Mountains near the San Fernando Valley.

Some of the reviews suggest that this book is not for the faint of heart, that it’s a violent book. Is it?

The short answer is yes, there is violence. My protagonists find themselves wading through the worlds of drug dealers, sexual perverts, and purveyors of the worst kinds of pornography imaginable.

Your book is set in several locations, but you live in Northern Maine, so how did you research your settings?

Before I started writing full time, I worked for a number of hi-tech firms and travelled extensively. The case takes my protagonists from an exclusive neighborhood in New Hampshire to California, and then south to Mexico City, and north to British Columbia. I have been to all the locations in the book. The place I’ve visited cover a wide spectrum: Warsaw, Poland; Paris, Lannion and the Loire Valley, France; Singapore; Seoul, South Korea; Tokyo and Iwakuni, Japan; Sydney and Melbourne, Australia; Buenos Aires, Argentina; Sao Paulo, Brazil; and Vietnam. I am working on several plots that will utilize these locations.

I found that the toughest thing for me was to keep in mind whose POV each scene was supposed to be in. I find that while writing, my mind has a tendency to jump all over the place and in rewrite, I spend more time cleaning up POV issues than anything else.

THE BLACK ORCHID takes place in both urban and rural locations, which is easier for you to write?

I grew up in Maine’s northern-most County, Aroostook County—it doesn’t get any more rural than that. However, in my life I’ve lived in two major cities, Boston and Chicago, and visited many more. Each location has its challenges. In some ways writing a scene in the wilderness is easier there are fewer landmarks to get right. Not to mention the obvious fact that there are fewer readers located in a particular rural area. City locations can be much more demanding. For one thing, the population size is greater and many, many more people will be familiar with landmarks, the characteristics of various neighborhoods, etc. Still, if you want your story to work you have to get it right so if you haven’t visited the sites in your book it’s time for a field trip.

Is there another Ed Traynor book in the pipeline? And if so, can you tell us a little bit about that?

Ed will be coming back in My Brother’s Keeper. He is called out to a remote area of the woods by the county sheriff and is asked to identify a corpse who turns out to be Ed’s brother and alter-ego, John.

Can you share with our readers a particular place that’s special to you that most people might not have visited?

In one scene two of my protagonists, Ed and Manuel, visit Teotihuacan, which many people erroneously call the Aztec Pyramids. The city was inhabited from 100 to 700 A. D., long before the Aztecs founded what is now Mexico City. I climbed the larger of the two pyramids, the Pyramid of The Sun (Pirámide del So) and stared out over the site. The main street (aptly named the Avenue of The Dead) and was truly amazed at how sophisticated it appeared. I saw the stone foundations of thousands of homes that had existed long before people of European descent stopped living in hide tents. It completely dispelled my earlier belief that all early Native American peoples lived like the plains Indians, as depicted in our Hollywood inspired frontier.

The restaurant, La Gruta, exists and is as described in the book. Numerous heads of state have dined there (Queen Elizabeth II and John F. Kennedy among them), the food is terrific and throughout our visit we were entertained by Ballet Folklórico of Mexico performing traditional dances, from the various parts of the country. I fed five people (to include drinks, and a full five course meal) and the bill was under sixty dollars! If you ever get down there make it a must stop. 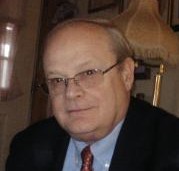 Vaughn C. Hardacker is a veteran of the U. S. Marines and he served in Vietnam. His first published thriller, SNIPER, was announced as a finalist for the 2015 Maine Literary Award for Crime Fiction. THE BLACK ORCHID is his third thriller to be published by Skyhorse Publishing, Inc.