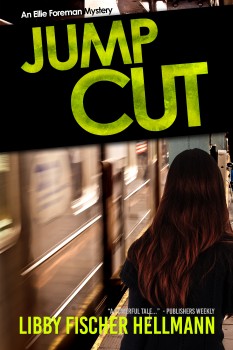 With 13 novels/novellas to her credit, one might not guess that Libby Fischer Hellmann never intended to be a writer. “I never had any desire to write a book,” she says. “It was not even Plan B on my agenda. I was always going to be a filmmaker. But life had other plans.”

Further evidence that Hellmann’s name would likely never grace the cover of a published work of fiction is that her mother is a prolific mystery writer—Hellmann’s “rebellious nature” would not allow her to follow in her mother’s footsteps. But as is the case with most writers, and nearly every great story, there’s a moment when everything changes. For Hellmann, it was reading Jeremiah Healy’s, The Staked Goat (recommended by her mother, by the way).

According to Hellmann, a voracious reader, “After a while, (thrillers) all started to sound the same. The world is going to blow up. The hero keeps the world from blowing up, and he walks off with his girlfriend.” The Staked Goat showed her that all thrillers were not alike. “It was about a murder. But what was very interesting to me was that there was a whole issue devoted to the after market of weapons from the Vietnam War. I was like, ‘You can talk about this kind of stuff in a mystery? That’s cool.’ I was really intrigued by the idea that you could write a mystery, but you could also talk about an issue.”

This month, Hellmann will release her 14th novel, JUMP CUT. It marks the fifth in Hellmann’s Ellie Foreman series, and the return of the protagonist after a decade. “When I first came up with the story I wanted to write, it was painfully clear that Ellie needed to tell (it). Plus, I got questions from fans, When is she coming back? We miss her.” The time and timing were right for Ellie’s return.

The reunion between Hellmann and her alter ego was as immediate as it was comfortable. And why not? Both are Chicagoans, both worked in video production and both are passionate about their pursuits. “It was like meeting up with an old friend you hadn’t seen in a (while)—and then having a great time. (Ellie’s voice) came back to me after one page.”

And while it seemed like no time had passed in the author/protagonist relationship, a decade had gone by for readers, which presented Hellmann with a conundrum.

“(Foreman) wasn’t young to start with. She remembers the 1960s. But, I just couldn’t make her old,” Hellmann says. Since older wasn’t an option, she turned to wiser as a way to mature Foreman. “In the first four novels, Ellie was impulsive. Now, she’s more careful.” Hellmann notes, however, that the personal connection and motivation that drives most amateur sleuths is just as strong with Foreman today as it was a decade ago. “It’s one thing I do have control over,” Hellmann says. “You think you have control over everything when you’re writing a novel, but you don’t.”

Though a decade old now, most can still relate to Hellmann’s description of the Ellie Foreman series, “as a cross between Desperate Housewives and 24.” This unique blend of silly and intense has netted Hellmann a loyal fan base that will appreciate how JUMP CUT carries the Ellie Foreman legacy forward—with one twist. “The ending (for JUMP CUT) is kind of noir. Usually the (Ellie Foreman) books have very tidy endings, but not this time.”

The issues-of-the-day themes that inspired Hellmann to write, and are the foundational material for her novels, are just as prevalent in JUMP CUT. According to Hellmann, that’s the primary cause of the noir ending. “Even though Ellie was able to get herself out of the situation, the issues go on,” Hellman says. In JUMP CUT, she takes a hard look at issues like surveillance, privacy, drones, file encryption, the role of the Chinese (specifically a Muslim faction known as the Uyghur’s), and other facets of “espionage in the post-Snowden era.” She adds, “It’s a whole stew of what the world is like now.”

Which may be why Hellmann chose Foreman’s as the best eyes through which to tell the story. “Ellie’s got this very nice, self-deprecating sense of humor that lightens the tone a little bit.” A prime example is the line that reintroduces readers to Ellie after her ten-year absence: Before my gangster-rap neighbor emptied his AK-47 into his buddy, the most exciting thing to happen in our village was the opening of a new grocery store.

Perhaps what is most exciting about the newest Ellie Foreman novel is Hellman’s seemingly unapologetic reflections of herself in her protagonist. Hellmann shared a story about two different visits to the White House. Despite being 15 years apart, the two visits share a common thread that, at it’s core, could be described as mischievous. Hellmann characterized her White House story as being “a very ‘Ellie” thing.”

You’ll have to ask Hellmann for the details. 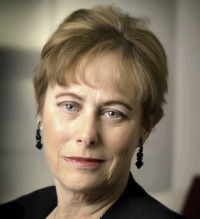 Libby Fischer Hellmann left a career in broadcast news in Washington, DC and moved to Chicago 35 years ago, where she, naturally, began to write gritty crime fiction. Twelve novels and twenty short stories later, she claims they’ll take her out of the Windy City feet first. She has been nominated for many awards in the mystery and crime writing community and has even won a few.

With the addition of Jump Cut in 2016, her novels include the now five-volume Ellie Foreman series, which she describes as a cross between “Desperate Housewives” and “24;” the hard-boiled 4-volume Georgia Davis PI series, and three stand-alone historical thrillers that Libby calls her “Revolution Trilogy.” Her latest release, The Incidental Spy, is a historical novella set during the early years of the Manhattan Project at the U of Chicago. Her short stories have been published in a dozen anthologies, the Saturday Evening Post, and Ed Gorman’s “25 Criminally Good Short Stories” collection.