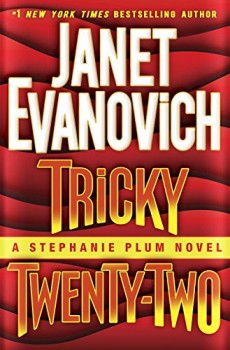 Calibrating the balance of crime-fueled suspense, romance, and comedy in a novel is fiendishly hard—yet Janet Evanovich makes it look easy, and the results are in.  TRICKY TWENTY-TWO debuted at No. 1 on The New York Times hardcover best seller list on November 29th, business as usual for Evanovich. Bounty hunter Stephanie Plum, a curly-haired Trenton girl with a pair of handcuffs she can’t always clamp onto her prey, two men trying to get into her skinny jeans, and one gerbil running the wheel at home, has won legions of devoted fans.

Evanovich grew up in South River, New Jersey, and in her thirties began pursuing a writing career. After numerous rejections and four months into a secretarial temp job, she sold her first story, a romance, for $2,000. She now lands onto Forbes‘ list of 100 Highest-Paid Celebrities.

Evanovich’s first novel featuring Stephanie Plum, One for the Money, was published in 1994. Along with that series, she’s written the Lizzy and Diesel series, twelve romance novels, the Alexandra Barnaby novels and Troublemaker graphic novel, How I Write: Secrets of a Bestselling Author, as well as the Fox and O’Hare series with co-author Lee Goldberg. She lives in Florida, her family working on her book empire alongside. According to Evanovich, “It turns out I’m a really boring workaholic with no hobbies or special interests. My favorite exercise is shopping and my drug of choice is Cheeze Doodles.”

We caught up with the fast-moving Janet Evanovich to learn a few of her secrets.

The judge of a screenwriting fellowship recently said a strong writer’s voice is the most important thing in launching a career. I think it’s more important in fiction than people realize. You have an effective and entertaining voice in the Stephanie Plum series. How would you advise writers to develop it?

I don’t think a writer can “develop” voice.  Voice comes from a writer’s point of view and is heard in a writer’s head.  It’s a reflection of a writer’s personality.  Some writers have a generic voice that disappears on the page and others, like me, have a voice that is more unique.  The hard part is not developing the voice but rather recognizing that the voice is there.

The most challenging part of a long-running series is the reintroduction of continuing characters.  It has to be done in a way that is interesting to both the core reader and the new reader.  The most rewarding aspect for me is the fun of getting up in the morning and going into The World of Plum or The World of Wicked or The World of Fox and O’Hare and watching the characters develop with each new book.

How do you write sustained dialogue passages in which there is laugh out loud comedy?

Comedy is the easy part for me.  I grew up in Jersey watching I Love Lucy.  Most of my comedy is character driven so I simply get into a character’s head (like Lula or Grandma Mazur) and run with it.

What is  your secret to keeping suspense levels high in a book that has that many light moments?

For the most part I follow the pattern of a screenplay and divide my book into three parts.  When I get to a pivotal plot-point mark, I drop in a dead body.  Sometimes just for variety I blow up a car or have someone get kidnapped or fall off a fire escape into a pile of dog poop.

In Top Secret Twenty-One there are some intriguing crime developments having to do with Russia, in Tricky Twenty-Two it’s biological warfare. How did you conduct that research?

How do you incorporate Trenton’s rising murder rate into the books, or do you feel it’s best to stay away from that?

The books are set in Trenton, but my characters live in The World of Plum.  My characters don’t age. Good guys and hamsters don’t die.  Crime is a constant.  And at the end of the day Stephanie succeeds in thwarting evil.  I tend to ignore the changing face of Trenton.

You didn’t achieve a writer’s contract quickly or easily in the beginning of your writing career, and you persevered to outstanding success. How would you advise beginning writers who are frustrated with trying to find an agent and publishing contract?

This is a tough one.  You need to have a thick skin and tenacity and you need to hone your sales person skills when it comes to getting an agent.  I think organizations like ITW and RWA can be helpful.

Do you hear from real-life female bounty hunters on Stephanie Plum?

Every now and then I’ll get a letter or someone will pop up at a signing.  In the beginning of the series I attended PBUS conferences and had much more contact with actual bounty hunters and bondsmen than I do now.  Unfortunately (or fortunately) my writing schedule has me pretty much tied to my office these days. 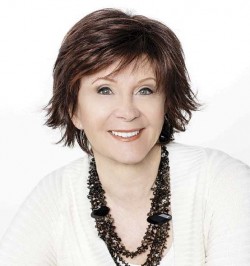 Janet Evanovich is the #1 New York Times bestselling author of the Stephanie Plum series, the Fox and O’Hare series, the Lizzy and Diesel series, the Alexandra Barnaby novels and Troublemaker graphic novel, and How I Write: Secrets of a Bestselling Author.

To learn more about Janet, please visit her website.