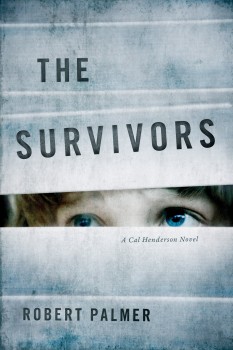 You might expect a Washington, D.C., lawyer to write a legal thriller filled with intrigue and conspiracies. Robert Palmer has done just that … except for the part about it being a legal thriller. Instead, Palmer’s debut novel THE SURVIVORS features a more unusual protagonist, therapist Cal Henderson. He is privy to some of Washington’s biggest secrets, and as it turns out, he has a few of his own.

Palmer’s thriller is the fascinating story of the therapist and a client who have a shared and tragic past. Together, they uncover a past that takes them both by surprise and puts them at deadly risk. While Cal is more used to talking things out than taking action, he soon finds himself dodging FBI agents, mysterious black SUVs, and powerful figures in the defense industry as he and his client search for the truth about their mutual past.

In THE SURVIVORS your main character is a therapist whose troubled client becomes the catalyst for the novel. What kind of research did you do to get the details of therapy right?

I’m a lawyer and happen to have a lot of clients who are health care professionals, including a number of psychologists (and psychiatrists). That gave me a ready-made pool of experts for my many, many questions. One thing I learned early on: psychologists are a very diverse group. If I asked a few people the same question I almost never got the same answer twice. As an example, some psychologists have “patients.” Others will never, ever, use that term and claim instead to have “clients.” And some use both terms and can’t see why it’s a problem. The best way to explain that is that psychologists work to their own personal beats. Some are warm and full of stories; some are much more clinical and distant. They are a fascinating and wonderful bunch.

Memory plays such an interesting role in THE SURVIVORS because your main character and his patient string together their broken memories of a mutual childhood trauma with evidence they find through their sleuthing. It is fascinating to watch the characters work through this process. How would you say that our memories shape us, especially as writers?

One of my psychologist friends told me that the opening question she asks each new patient is: what is your very first memory? From that one episode, she tries to help the patient understand all the major motivating factors in his or her life. I wouldn’t go that far. We experience a lot of things in our lives that we don’t remember at all, but those things still can have an important impact on us. I think that’s particularly true for writers. The quirks of our characters and twists in our plots may seem to be pure acts of creation, but, if we could put together all the mental steps involved, we’d see those characteristics and plot twists are a jumble of remembered and not-quite remembered experiences. I guess that means we writers should try to live full lives, and get all the experiences we can.

There are a lot of thrillers set in Washington, but mentioning the suburban town of Damascus may be a first! You live and work in the D.C. area. How much fun was it to write about these places you know?

I’ve lived in a lot of places but never anywhere as interesting as Washington. People here come from everywhere and have a never-ending set of interests and backgrounds. That by itself is plenty of reason to write about the place. Still, I think Washington is generally misunderstood. Most Washington books and movies concentrate on only the tip-top of the power structure. (Author George Pelecanos is a major, and welcome, exception to this.) I want to introduce readers to more of the real Washington, which includes scores of small-town satellites like Damascus, MD. That is fun for me because the suburbs, the awful traffic, the people who ride the Metro, the folks who shop at 7-Eleven—they all make up life here as it happens every day, just as much as the major power players.

It’s great that you quote W. Somerset Maugham in the “Why Write?” essay on your website: “Of novelists, British author W. Somerset Maugham claimed, ‘We do not write because we want to; we write because we have to.’ ” I don’t know that Maugham is read all that much today, but I always thought his story, “The Alien Corn” was a good commentary about how artists are driven by their art—sometimes with tragic consequences. It made such an impression on me as a young writer. Do you have any favorite Maugham stories?

I started reading Maugham before I went to high school. The stories are a little dated, but I’ve always enjoyed books with an historical feel, so that’s part of the enjoyment for me. I think all of Maugham’s Ashenden spy stories are terrific. They really hit the right emotional pitch in portraying a spy feeling his way through danger all on his own, like a no-net, high-wire act. As for Maugham’s major novels, I’m partial to those set in exotic locations, like The Painted Veil (rural China) and The Moon and Sixpence (Tahiti). By the way, because I like Maugham, I’m also a fan of the whole line of British suspense writers—Joseph Conrad (originally Polish, but British to the core in his writing) to Maugham to Graham Greene to John LeCarré.

Tell us a little about your writing process. Do you carefully outline your plot or are you a more organic writer? What kind of writing schedule do you keep?

I’m a constant outliner. That is, I make an outline and then change it, and soon change it again, and keep changing it. The changes are basically character driven. As I write and get to know the characters, I find that changes to the plot are needed to match their growing personalities. It’s like having kids: if one of them suddenly is terrified of snakes, then a trip to the zoo is not likely to include a visit to the reptile house, no matter how much you planned on it.

As for my writing schedule, I do have a full-time law practice (and I teach at two Washington-area law schools), so I have to fit writing around all that. I write in the early morning and evening and often on weekends. I think most fiction writers work on weekends. Our characters are calling! Also, odd as it may sound, I write while I commute. On the drive to and from my office, I take along a voice-activated tape recorder and can put together sections of dialog, setting descriptions, actions scenes … you name it.

Do you have a dedicated writing space or do you write wherever you can? Are you more of a morning or evening writer?

I have both a law-practice office and home office. Most of the actual keyboard time is put in at home. I pace a lot while I write, then dash back to the computer to get it all down.

What’s next for Dr. Henderson? Are readers going to see him in a future novel?

I developed Cal Henderson as a series character. His patients—the judges, politicians, lobbyists, and other creatures that roam the streets of Washington, D.C.—can draw him into any number of new stories. The book I’m working on now involves a retired CIA agent. In his therapy sessions with Cal, he relates the most gruesome and incredible stories about his past. He then goes missing, and his wife and daughter seek Cal’s help in finding him. Cal soon learns that the stories were all false. But why? Why would a one-time CIA agent spend the effort and money to go to a psychologist, only to make up lies about his past? 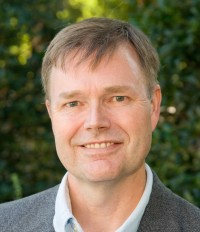 Robert Palmer is a practicing lawyer in Washington, DC, a professorial lecturer at George Washington University School of Law, and an adjunct professor of law at Georgetown University Law Center.