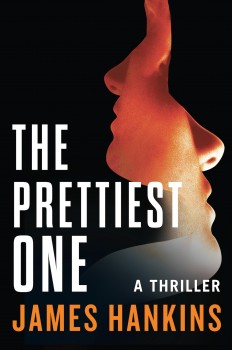 When Caitlin Summers becomes aware of her surroundings, she finds she has blood on her clothes and is carrying a duffle bag that contains six prosthetic hands and a gun, and the beat-up sedan in the deserted parking lot apparently goes with the key she found in her pocket. She realizes she not only has no idea where she is, she has no memory of anything that transpired over the past seven months. What the hell has happened to her?

The last thing she remembers is leaving her safe suburban home and husband one night seven months ago.

Determined to learn the truth, Caitlin begins a journey that is rife with pitfalls and problems and with each hard-won bit of knowledge come even more questions.

This state is, as Hankins puts it, “a rare but, to me, a fascinating form of amnesia. The victim suffers memory loss, but what makes this condition so interesting is that the person will travel to a different place and often create an entirely new identity there. These fugues may be hours long, but can also last for months or even years. And when the persons’ memories of their former life return, they typically remember none of the time spent in the fugue state.”

Knowing the fugue state would be a feature, Hankins also wanted to write a story with a female protagonist, something he touched on in a previous novel, Drawn.

“I might have felt a little different writing Caitlin, but not dramatically so. I think her observations, particularly about the men around her, might be a little different from what a man might observe, but she was otherwise quite similar to other characters I’ve written, at least as far as my approach went.

“There are other POV characters in the book, but Caitlin drives the story. I really like Caitlin. To me, she’s a strong character who gets stronger as the pages go by. There is also a female police detective [Charlotte Hunnsaker] who plays a prominent role in the book and I loved writing her scenes too.

“When I started writing, I didn’t know her [Charlotte] nearly as well as I knew my other important characters—both the good guys and the bad guys. As she developed, I was surprised by how much I liked her, and how much I liked seeing her interact with [Javier] Padilla. In the end, some of their scenes together—just the simple back and forth between partners—are among my favorites in the book. I didn’t see that coming.”

Another area Hankins found enjoyable was in the interplay between Caitlin and the two men helping her. “As an author, I liked watching the relationships evolve as the story progressed. I think there’s a fun, interesting dynamic among the three of them, which I loved writing. I’m looking forward to seeing how readers respond to it.

“THE PRETTIEST ONE might be the most enjoyable book I’ve written so far with respect to the draft writing process. Once I actually started putting words on the screen my writing hours flew by because I had such a good time getting to know the characters and seeing the scenes I had planned for them come to life once they stepped onto my computer screen.

“That said, on the whole, writing this book might have been more difficult than writing any of my earlier ones because of what it took for me to be ready to type Chapter One. Without giving much away, the book is essentially a mystery wrapped in another mystery, which required a lot of thinking about what went into both puzzles. Once I figured out where everything was supposed to go and I was finally ready to type the first sentence, it really came together for me and I started having a lot of fun with the situations and the characters—my three main characters, of course, but also the police detectives, and the bad guys, too. It ended up being a real pleasure showing up for work every day as I wrote THE PRETTIEST ONE.”

The best thing about being a writer, Hankins said, “is how much I enjoy hearing from readers who have read and enjoyed my books. It’s marvelous to write a story at my desk in Massachusetts and a year later hear from readers literally all over the world. People telling me I brought them hours of pleasure or gave them some relief from loneliness, or even inspired them to start writing books of their own. I’m grateful to anyone who takes the time to let me know that my stories resonated with him or her.”

Hankins has been a writer since childhood. When asked why, he replied, “Two very simple and related reasons: First, I always wanted to tell stories. Second, I’m a far happier person when I’m writing. The only time I can remember not writing creatively was when I was in law school. Doing it again felt like flying.”

As he works on his next novel, Hankins said he hasn’t given much thought to writing a series. “So far, the stories I’ve come up with haven’t lent themselves well to series. I don’t necessarily tie up every loose end in my books, because I don’t think life is that tidy. I usually clean up most of the mess I’ve made of things and I haven’t been leaving a lot of room for subsequent stories. I suppose if enough people clamored for the same character to show up again, I would consider doing it.”

As an author, Hankins has had very positive experiences of being self published and published traditionally. He published his first three books, Jack of Spades, Drawn, and Brothers and Bones simultaneously. Brothers received a starred review in Kirkus, was named to its Best Books of 2013, and spent more than three months on Amazon’s Kindle Top 100, which drove sales. And “I can only imagine brought me to the attention of my publisher, Thomas & Mercer. Interestingly, though, when I first heard from Alison Dasho, the acquisition editor who brought me on board, it was about my police thriller, Jack of Spades. When Shady Cross was ready to show publishers we sent it immediately to Alison and four days later we had an offer.”

As with most writers, Hankins is a reader too. He shies away from listing his favorite authors since he has so many and would hate to miss any of them. He did share a few novels on his To Be Read Soon list: The Bone Tree by Greg Iles, Finders Keepers by Stephen King, Devil’s Bridge by Linda Fairstein, Personal by Lee Child, and Gray Mountain by John Grisham. “That should keep me going until the next gotta-read-it book comes out.” 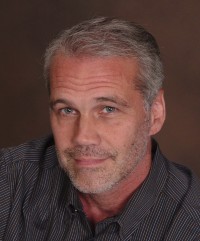 After career detours into screenwriting and the law, James Hankins committed himself to writing fiction. All four of his thrillers (SHADY CROSS, BROTHERS AND BONES, JACK OF SPADES, and DRAWN) spent time in the Kindle Top 100 and became Amazon #1 bestsellers, while BROTHERS was named to Kirkus Reviews list of Best Books of 2013. James lives with his wife and twin sons just north of Boston.

Learn more about James Hankins and his novels by visiting his website.

Blessed Are Those Who Mourn by Kristi Belcamino

The Backlist by Eric Beetner and Frank Zafiro