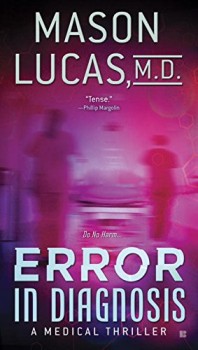 If there were more Dr. Gary Birken’s in the world, fiction writers wouldn’t have to worry about creating larger than life characters. Father. Grandfather. Avid basketball and tennis player. Black belt in martial arts. And he’s not just a physician; but the Vice Chief of Staff, Surgeon-in-Chief, and Chief of Pediatric Trauma at Joe DiMaggio Children’s Hospital in South Florida.

Oh yeah, and his sixth novel, ERROR IN DIAGNOSIS, debuted August 25. Perhaps what pushes Birken into the larger than life category, at least for me, is the “all in” nature that seems to define how he pursues everything. According to Birken, “I used to read everything in sight. One night, I had the idea for a story. I sat down at the word processor and began writing. My entire consideration of shifting from a reader to a writer took about an hour.” Since that night, writing has been on Birken’s list of passions.

Passion is not a word Birken uses lightly. He advises students in writing workshops that if they need tricks such as making appointments with themselves to write, or need to reward themselves after a writing session, then perhaps what they feel for writing isn’t truly passion.

“For me to go to Starbucks, put on my headphones and write for a couple of hours is not only something I truly enjoy, but serves as stress reduction from my normal life. I look forward to airplane travel now because I can write. When you’re a writer, your whole life changes in the sense that you’re (always asking), Where is my next opportunity to write going to come from?”

From Passion to Page-turner

In his previous five novels, as with ERROR IN DIAGNOSIS, Birken uses fiction to push past his, and most every other practitioners’, medical boundaries in search of maladies that make an intriguing foundation for fiction. “It’s a chance to combine being a story writer with a physician and to select an area of medicine readers are interested in and might want a bit more information about. So, when they finish the book, they think, Not only was this a good story, but I learned a little something.”

Speaking of pushing new boundaries, ERROR IN DIAGNOSIS will be the first in the Dr. Jack Wyatt series “penned” under the name Mason Lucas, M.D. Birken’s previous five novels were not serialized, and he wrote them under his own name. Introducing both Lucas (author) and Wyatt (protagonist) to the marketplace is a strategy used successfully by established authors to give their current fan base a double-dose of the author’s work. In addition, it creates a second franchise to attract new readers. Creating a series character also offers a promise of familiarity that might incent new readers to invest in a new author and protagonist.

In ERROR IN DIAGNOSIS, we first meet Dr. Jack Wyatt when a mysterious illness with disturbing symptoms begins plaguing women across the United States. The only thing all the patients share in common is that they are pregnant. Called in to consult on the case of his best friend’s wife is preeminent neurologist Jack Wyatt who has never seen anything like this in his entire career. The disease is spreading faster than anybody could have imagined, and now with the nation on the brink of panic, Wyatt and his colleagues are in a race to find a cure.

As noted above, Birken likes to use novels as an opportunity to tackle new medical topics and to educate himself (through research) and his readers. But he doesn’t stop with science. Instead, Birken takes readers outside of the lab or exam room, and into the emotional and mental state of a doctor trying to unravel a medical mystery as the clock is ticking. “I wanted to inject the frustrations of the illusive diagnosis. I thought it might be interesting for readers to see how doctors approach diagnosis and treatment when the answer isn’t obvious. The frustration of the doctors, the frustration of ancillary personnel, and the frustration of the families (provide) additional subplot opportunities to educate the reader,” said Birken.

At the time of the interview, Birken was hard at work on the second installment of the Jack Wyatt series. “(He) will be called in to help figure out an illness that is completely inexplicable to modern medicine. It involves children who are oncology patients,” he explained. “The story gets into a heart-wrenching area, but I’m trying to keep the story appropriate for the underlying illnesses and all the emotion that’s involved.”

Fans and those readers interested in Birken’s novels should know that despite focusing on illnesses that target society’s most vulnerable (pregnant women and children with cancer), the author appreciates the creative risk he’s taking. Birken harkened back to a conference he attended led by authors Tess Gerritsen and Michael Palmer. One crucial piece of advice, according to Birken, was, “Be very careful, in novel writing, who suffers and who doesn’t. You can cross the line where your reader is put off by your stark realism.”

Readers will find Birken’s/Mason Lucas’s extra effort to balance science, story, suspense and suffering to be one that will have them turning pages long into the night. Learn more about ERROR IN DIAGNOSIS, as well as Birken’s other novels on his website. 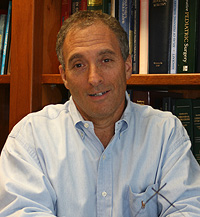 Dr. Gary Birken, writing under the name of Mason Lucas, M.D., is a pediatric surgeon practicing in South Florida. ERROR IN DIAGNOSIS is his sixth novel of medical suspense. He has four children, six grandchildren, holds a black belt in martial arts and is an active tennis player. He is presently at work on his next medical thriller, which will again feature Dr. Jack Wyatt who finds himself pitted against another elusive disease that defies medical reason.