Behind the Scenes of Editing a Crime-Fiction Collection 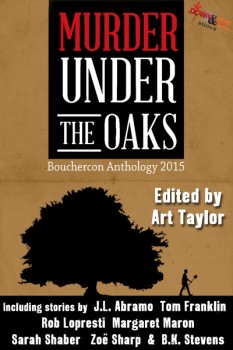 For the second year in a row, Bouchercon, the World Mystery Convention, has partnered with Down & Out Books to debut an anthology of short fiction at the convention—taking place this year in Raleigh, North Carolina, from October 8th to 11th. Sales of MURDER UNDER THE OAKS benefit Wake County Public Libraries in the convention’s host city, and as a native North Carolinian myself, I was thrilled to be invited to serve as editor for the collection.

MURDER UNDER THE OAKS will include plenty of high-tension, high-stakes drama: a personal protection specialist battling a virtual reality program that’s turning against its owner; a Kansas City schoolteacher traveling in Mexico with a makeshift garrote and murder on his mind; and a cop gone rogue to avenge the death of her sister—and to deliver a world of hurt in the process.

But the anthology also has quieter stories, such as one about a father’s nighttime drive to visit his daughter, his reflections on his failed relationship and on fatherhood, and his concerns about the future. While I don’t think anyone would call the story a thriller, it does include its own brand of tension and equally high emotional stakes, speaking to the range of approaches available to us writers.

Maybe this is how it should be in a general anthology, especially one connected with Bouchercon—a mix of stories and styles and tones as varied as the many authors whose work falls under the broad umbrella (or in this case, oak canopy) that we collectively call mysteries. At least I took that as part of my mission in selecting stories for the book.

The final collection includes 21 stories: nine from invited contributors and 12 selected blind from a submission pool that rose to well over 150 stories.

The invited contributors included several of the honorees for this year’s Bouchercon: Margaret Marton, Tom Franklin, Zoë Sharp, Sarah Shaber, Lori Armstrong, and Sean Doolittle. After a couple of other guests of honor were unable to contribute, Down & Out Books solicited stories from two other writers in their stable for consideration: J.L. Abramo and Rob Brunet.

But the real pleasure and the toughest challenges were in selecting from the blind submissions—with confusion reigning from start to finish. In the beginning, the confusion was about the title: “Does my submission have to include a murder? Or an oak?” (No, in each case.) By the end, the confusion was solely my own: Which of the many great stories I read would I pick? And which could I cut?

Amy Funderburk with the Wake County Public Library system helped oversee the initial stages of the process: logging and organizing the blind submissions for a first round of judging, which whittled those 150-plus submission to the 26 stories that landed on my own desktop.

As I read, I made notes in the margin of each story—not just personal thoughts but early questions and copy edits in preparation for full editing later if the story were accepted. From there, I assigned a color codes: red for hot—a story that was almost definitely a “yes” (Karen Pullen’s sharp and witty “#grenadegranny” was the first tagged red); orange indicating strong contenders; and yellow serving as warning flags.

Warning flags? Quality wasn’t entirely an issue, I should stress. I’d already been delivered the cream of the crop. But other factors played important roles—with readers foremost in my mind. For example:
Many mystery readers still associate the term exclusively with detective fiction, so it seemed important to include stories driven by clues and solutions. Only a few were submitted, so they stood out.

Too many submissions focused on revenge—most frequently, revenge against men who’d done women wrong—so those stories ultimately competed with one another. Which of them took the theme in unique directions?

In another trend, a surprising number of writers centered stories on older characters: as protagonist/sleuth, as victim, as villain—in one case as all three. That story stood out amongst the field, as you might imagine. 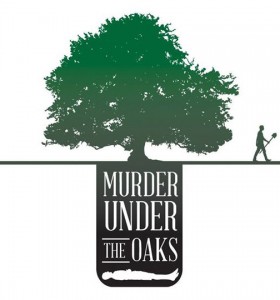 Beyond content, the balance of storytelling styles and structures mattered: a single-scene story, a story told from different perspectives, a piece of flash fiction, a novella, something minimalist, something impressionistic, a little of something for all tastes.

Maybe that’s where you can see my own personal preferences: I like variety. As I read and ranked, those color tags frequently shifted, the right mix only slowly emerging, with too many fine stories having to be declined.

Deeper behind the scenes? Here’s a confession: In three cases, I ended up asking in advance for the names of the authors behind the stories.

That wasn’t to sway my decision about acceptance, I must emphasize. But before finalizing my selections, I needed to contact those authors about their willingness to make significant revisions —a contingency for acceptance. Each of their stories struck me as winningly distinctive except for what struck me as major, even fatal flaws: a single-line plot twist that wasn’t prepared for, a key structural decision that left one story imbalanced, a stylistic approach that initially impaired rather than enhanced clarity. My goal wasn’t to have them yield to my preferences but to respond productively to the stories they themselves had created. I don’t mean to be mystical about it, but I’ve always believed in the value of listening to my own writing—of discovering afresh what I myself had written (often through the fresh perspectives of a first reader or editor) and of building productively on elements inherent in the stories trying to be told. I hope that I served to help these writers see what their stories demanded of them. Each tale ended up being accepted and all stand to me now as highlights of the collection.

Except for those three authors, it was only after I submitted the final slate of stories that I learned all of the names behind the tales—and I’ll admit to being on the edge of my seat for that big reveal. In the end, I don’t know what thrilled me the most: seeing among the finalists the names of several writers whose work I’ve long admired—Robert Lopresti and B.K. Stevens, for example, whom I hadn’t even known had submitted—or learning how many accepted stories were by writers at the start of their careers.

If you ask me, maybe the biggest thrill is at the core of that meeting: bringing veteran writers together with those at the beginning of promising careers, and then stepping out of the way to give each of them the spotlight.

MURDER UNDER THE OAKS can be pre-ordered through the Bouchercon website, and a book launch is planned for the convention itself.

Art Taylor is an Agatha, Macavity, and Derringer Award-winning short story writer. His story “The Odds Are Against Us” won this year’s Agatha Award and is currently a finalist for both the Anthony and the Macavity Awards.

To learn more about Art, please visit his website.