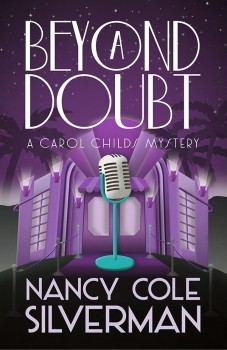 When Carol Childs is called to the scene of a body dump she has no idea she’s about to uncover a connection to a string of missing girls. Young, attractive women, drawn to the glitz and glamor of Hollywood via an internet promise of stardom and romance, have been disappearing. A judge’s daughter leaves behind a clue and a trip down Hollywood Boulevard’s Walk of Fame reveals a connection to a high powered real estate mogul and to a cartel targeting girls for human trafficking.

Old Hollywood has its secrets, its impersonators and backdoor entrances to old speakeasies and clubs where only those with the proper credentials can go. And when Carol Childs gets too close, she finds herself politically at odds with powers that threaten to undue her career and like the very girls she’s seeking, disappear.

“A high-speed chase of a mystery, filled with very likable characters, a timely plot, and writing so compelling that readers will be unable to turn away from the page.” ~Kings River Life Magazine

“This book was a real nail-biter! It kept my attention the entire time. A definite must read. ~Goodreads Review

“This is the second in Silverman’s series,( the first was Shadow of a Doubt) and it is as good, if not better than its predecessor.” ~Andrea Stoeckel

“Sex has a way of quieting people up.” A character’s words become chillingly true when young women begin vanishing from Hollywood’s club scene. Fast paced and cleverly plotted, an edgy cozy with undertones of noir. ~Sue McGinty, author of the Bella 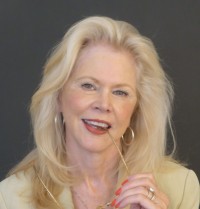 Nancy Cole Silverman says she has to credit her twenty-five years in radio for helping her to develop an ear for storytelling. In 2001 Silverman retired from news and copywriting to write fiction fulltime. Much of what she writes Silverman says is pulled from behind the headlines of actual events that were reported on from some Los Angeles busiest radio newsrooms where she spent the bulk of her career. In the last ten years Silverman has written numerous short stories and novelettes some on which have won awards and/or been picked up for publication. In 2014, Silverman signed with Henery Press for her new mystery series, The Carol Childs’ Mysteries. The first of the series, Shadow of Doubt, debuted in December 2014 and the second, Beyond a Doubt, debuts July 2015.