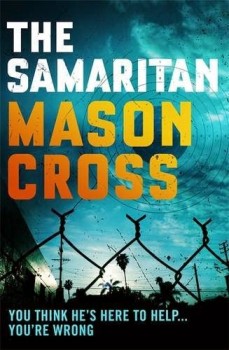 When the mutilated body of a young woman is discovered in the Santa Monica Mountains, LAPD Detective Jessica Allen knows she’s seen this MO before – two and a half years ago on the other side of the country.

A sadistic serial killer has been operating undetected for a decade, preying on lone female drivers who have broken down. The press dub the killer ‘the Samaritan’, but with no leads and a killer who leaves no traces, the police investigation quickly grinds to a halt.

That’s when Carter Blake shows up to volunteer his services. He’s a skilled manhunter with an uncanny ability to predict the Samaritan’s next moves. At first, Allen and her colleagues are suspicious. After all, their new ally shares some uncomfortable similarities to the man they’re tracking. But as the Samaritan takes his slaughter to the next level, Blake must find a way to stop him … even if it means bringing his own past crashing down on top of him.

“[Cross] has created a character in Carter Blake that can easily stand alongside the likes of Jack Reacher.”~Book Addict Shaun 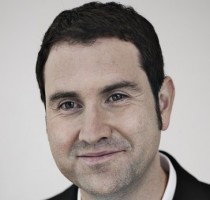 Mason Cross was born in Glasgow in 1979. He studied English at the University of Stirling and has worked variously as a tax officer, events coordinator, project manager and pizza delivery boy. He has written a number of short stories, including ‘A Living’, which was shortlisted for the Quick Reads ‘Get Britain Reading’ Award and ‘Expiry Date’, published in Ellery Queen. He lives in Glasgow with his wife and three children.

THE KILLING SEASON is his first novel: an action thriller starting Carter Blake, a mystery man who specialises in finding people who don’t want to be found. The sequel, THE SAMARITAN, will be published in 2015.

You can find out more by visiting Mason Cross’s website.