The Search for a Dangerous Truth 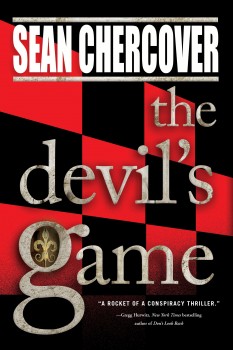 It should get easier.

The writing. The waiting.

But after penning five critically acclaimed thrillers, Sean Chercover admits that in some ways, it actually gets harder.

“What gets easier is, you’ve been there before,” he says. “So when you hit the midpoint of your first draft and you become suddenly convinced that this is the worst book in the history of books and you’re murdering trees for no good reason, you say, ‘Ah, I’ve reached the midpoint of the first draft,’ instead of freaking out that your book is fatally broken.”

This underlying insecurity, coupled with the challenges of an ever-changing publishing landscape, can cripple some writers, but for Chercover, it fuels his drive to continue doing what he describes as the best job in the world—“sitting around in my underwear writing stories.”

No doubt fans are now speculating what color boxers the Toronto writer wore while penning THE DEVIL’S GAME, the second book in The Game Series featuring investigator Daniel Byrne.

“He is a man on a mission,” Chercover says. “Having searched for faith, now he searches for the truth, wherever that search leads.”

Byrne’s faith is irrevocably shaken in the first book of the series, The Trinity Game, when after ten years and 721 cases, his search for truth reveals some disturbing earthly conspiracies, forcing him to burn his old life to the ground.

THE DEVIL’S GAME follows Byrne as he steps into a new life of secrets and lies to investigate a bizarre new strain of the plague that seems to flood the minds of its victims with visions of the future.

“The novel’s coming pandemic is definitely real, and some of the conspiracies are also probably real,” Chercover says. “But I can’t say which ones without giving away spoilers. I had a blast incorporating both round-the-bend crazy conspiracy theories and not-so-crazy theories into the book, and I love that readers sometimes disagree about which are crazy and which are true.”

Such reader engagement is a testament to Chercover’s command of the craft. His books have received the Anthony, Shamus, CWA Dagger, Dilys, Crimespree, Gumshoe and Lovey awards, and he has been shortlisted for the Edgar, Macavity, Barry, ITW Thriller and Aurthur Ellis. Even if you’re not a connoisseur of the genre, this is an impressive list.

Particularly for someone whose beginning work was a piece of fan fiction written in the third grade, a “novel” based on The Mouse and the Motorcycle, by Beverly Cleary. “I didn’t show it to anyone, but I can still see the colored construction paper pages, folded and stapled together,” he says.

These days, Chercover has traded in his crayons for a computer that sits on a desk cluttered with the tools of his trade—two pencil cups (sharpened in the Jordan Machinery cup, dull in an empty Rattray’s Highland Targe tobacco tin), his grandfather’s switchblade, and an Incredible Hulk bobblehead doll. Each scene is crafted by pencil, inspired by non-stop music, and fuelled by buckets of coffee and green tea.

Maybe he’s not quite keeping pace with his former life as a private investigator in New Orleans and Chicago, but Chercover happily continues to live in that world, perhaps vicariously, through well-developed, engaging characters.

“Like all writers, there’s some of me in every character I write—not just my protagonists, but antagonists too,” he says. “That’s part of the joy of fiction writing; we get to try on different skins, imagine how we would think and feel if we were not who we are, if we had different life experiences, strengths, fears, and we embraced different values.”

When the third book in The Game Trilogy launches in 2016, Chercover intends to continue using these past experiences in new stories, perhaps making his way back to his original series character, Ray Dudgeon, the gritty former-newspaper-reporter-turned-PI featured in Chercover’s first two thrillers Big City Bad Blood and Trigger City.

“I’d love to write more about Ray, at some point,” he says. “I’d also like to give Ray’s friend Gravedigger Peace a book–or several–of his own. But I’ve got other ideas calling to me as well, and I’ll probably go with the one calling the loudest.” 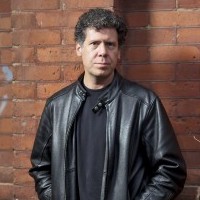 Sean Chercover is a dual citizen, born to a Canadian father and an American mother.  He grew up in Toronto and spent childhood summers in Georgia. After earning a Liberal Arts degree from Columbia College Chicago, he worked as a private investigator in Chicago and New Orleans.  His other professions have included television writer, video editor, support diver, waiter, encyclopedia salesman, and some best forgotten. After a series of corporate PR writing gigs drove Sean insane, he settled down to write fiction in earnest.

He is the author of the novels THE DEVIL’S GAME, THE TRINITY GAME, TRIGGER CITY, and BIG CITY BAD BLOOD, as well as short stories that have appeared in a number of anthologies. His work has received the Anthony, Shamus, CWA Dagger, Dilys, Crimespree, Gumshoe and Lovey awards, and has been shortlisted for the Edgar, Macavity, Barry, ITW Thriller and Arthur Ellis.

He lives with his wife and son in Toronto. Right now, he’s probably riding his bike.