The Big Break: Breaking Into the Thriller Game 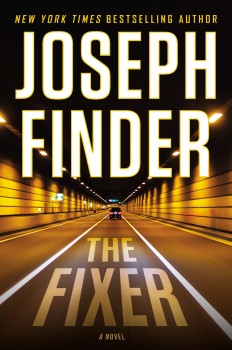 Joseph Finder is considered a modern master of the thriller genre. A founding member of the International Thriller Writers, his accolades include a Gumshoe Award (Company Man), a Barry Award (also for Company Man), the Strand Critics Award for Best Novel (Buried Secrets), and the ITW Award for Best Novel (Killer Instinct). His books are critically acclaimed New York Times bestsellers, and two of his books have been turned into Hollywood blockbusters (High Crimes and Paranoia). But Finder’s writing career hasn’t always been so rosy. In fact, some of the obstacles in his path might have seemed nigh impossible at the time, making his current level of success all the more impressive, a testament to what he sees as one of the most invaluable traits a professional writer can have: perseverance.

While touring the country for his latest book, THE FIXER, which released June 9, Finder took some time out of his busy schedule to take us on his road to success—potholes, detours, and all. Though extremely humble, his determination and the fruit it has borne should prove inspirational to all who make the bold leap to pursue their lofty publishing goals or dreams. Here’s what he had to say:

Tell us about your journey into writing.

I’d wanted to write since I was a kid, but I was talked out of it by my elders (my grandfather and my parents), who sensibly urged me to get a “real job.” So instead I thought about academia and business and thought seriously about a career in intelligence. But what I really wanted to do was write.

And what I wanted to do most of all was write novels. But I didn’t have the courage to try fiction, frankly. So when I was twenty-three, I came up with an idea for a nonfiction book, about the relationship between American businessmen and Russia. (I was inspired by the Martin Cruz Smith novel, Gorky Park.) I got an agent and sold it to a publisher. The truth is, I think I wrote a nonfiction book because I didn’t have the courage to try a novel. After that book was published, I kept getting asked, “What’s your next book?”

I still wanted to write a thriller, but I didn’t have the guts to try it. At the time I was reading a lot of thrillers, and I kept saying to my girlfriend (later, my wife), “I can do this!” She finally called me on it and said, “well, are you going to just keep talking about it or are you going to do it?” (Though she used a more earthy expression.) I think I needed a kick in the butt.

It’s interesting. Even a fairly confident guy like me was cowed by the prospect of writing a novel, probably because of all the unknowns—am I any good at it? Will I get an agent? Will it sell?

I was teaching writing at Harvard at the time and would get up early and spend a couple of hours working on the novel that eventually became The Moscow Club.

How did you deal with all the struggles and rejections between finishing your first full draft of your first book and finally seeing it published?

Rejection is a major part of the process for most people. I’ve heard stories of writers who sold their first novel, got the first agent they approached, etc. But that wasn’t me. I sold the first novel I wrote (The Moscow Club), but it went through something like twenty-five drafts, so the novel that got me an agent was hugely different from the first version. I met a big-shot literary agent on the beach on Cape Cod and, poor guy, I sent him a draft of the novel. He rejected it, and I called him up and asked him why. He very kindly spent like an hour on the phone with me telling me what didn’t work about the book. I took notes, and I spent the next several months working on another draft, which I then sent to Mr. Big Shot Agent again, and again he rejected it. And I called him up again, and he told me it was better but still not there. I took notes on our conversation and spent another few months rewriting. I sent it to him again, and again he rejected it. I didn’t know it at the time, but all those rejections were lessons in Thriller School—I was learning my craft through rejection. By the time I was accepted by my first agent, the novel I was peddling was actually pretty good. And very different from my first drafts.

I also learned another important lesson in rejection. I sent the manuscript to another Big Shot Agent, and he sent it back with a paper clip on page fifty-five (remember, this was before the days of e-mail!) and a note that said that he stopped reading on page fifty-five, and if you haven’t hooked the reader by then, it’s too late. Fair criticism. I sent the exact same manuscript to another Big Shot Agent (who represented Robert Ludlum), and he accepted it and offered to represent me, on one condition—that I’d agree to cut out the first 60 pages of the manuscript, which were too slow and unnecessary. I said sure. That agent had had the patience to read the whole manuscript and knew how to edit. So I learned that some agents are just better readers than others. Some agents are lazy. I got one of the good ones.

When your breakthrough finally came, how did you feel?

I was elated when I was accepted by an agent, but there was more struggle to come—he had me revise a few more times and then sent it out to publishers, and I was rejected by a bunch of publishers before I was offered a deal by Viking Penguin. I guess I felt validated—that maybe I wasn’t so kooky to think that I might be good at this.

What was it like to see a story you’d written made into a major motion picture?

What advice would you offer to writers who are already published, albeit with a smaller press, but haven’t yet found their way to break into a Big Five publishing deal or find their career breakthrough yet?

Here’s my most important piece of advice: the most successful writers are not the most talented but the most stubborn. Just about every single writer on the bestseller lists has had to deal with rejection and adversity and just brazened it out, just persevered. You’ve got to be stubborn. You also have to be open-minded enough that you accept criticism when someone is kind enough to give you some. But you have to believe in yourself enough to endure the slings and arrows of the publication process.

Any sage wisdom you’ve picked up along the way for authors or fans trying to fulfill a dream or goal?

I don’t know about “sage” or “wisdom,” but I’ve learned plenty along the way in this bizarre business. One very important thing I’ve learned is that the best thing you can do is keep writing. Don’t make the mistake of believing that when you sell your first novel it’s going to be the next Da Vinci Code. 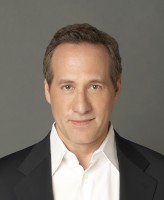 July 6 - 12: "What is the most common mistake writers make in approaching an agent?"