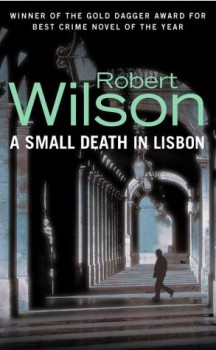 Writing a thriller is like riding a horse: some days it plods along with its nose to the ground and you’d go faster if you got off and carried the wretched thing, while on others it spooks at every plastic bag in the hedge and bolts at speed in directions you never imagined going.

Once in a rare while, you and your mount click into a rather miraculous harmony that carries you forward smoothly, effortlessly, beautifully… until the next plastic bag (or the phone call from an editor), brings it all crashing down.

Still, there are some kinds of writing that have always struck me as way more scary than the standard “get on a horse and make it go” variety. Writing a dual timeline novel particularly, feels more like the circus trick where you stand on the backs of two over-bred greys and send them spinning round the ring in the hope that neither will decide to bolt off at right angles: you have to be a hardcore adrenaline junky even to contemplate it.

We’re all on the edge of that, or we wouldn’t be here. By definition, a thriller mingles uncertainty with anticipation in just the right adrenaline-surging proportions, but even so, when we wake up one morning with the next book pushing on the borders of consciousness and part of its many demands is that there be two (or more) timelines, we know that it’s going to be harder than anything else that came before it. Getting it right is not just twice the challenge of a linear narrative, it’s challenge squared.

So, as always, when starting something new, we look at who does it best and learn from them.

Robert Wilson’s Gold Dagger winner, A Small Death in Lisbon, is a good place to start.

“It’s easily forgotten, Inspector, that history is not what you read in books. History is a personal thing. And people are vengeful creatures.”

Indeed they are. The basic plot is founded in the fact that Germany needed tungsten for the armor-piercing shells that propelled Hitler’s blitzkrieg and once they’d lost the capacity to trade with China, Portugal was the world’s next biggest producer. Very swiftly, there was a kind of black-gold rush as peasants became overnight millionaires. And, as we know, money is the root of all evil.

The gradual interweaving of the plot through past and present is masterfully done: Wilson is a gifted writer and he leaks the details that link the two timelines with perfect timing. Crucially, he takes a strong factual core and weaves around it characters that we can believe in. The alchemical marriage of these two features: people, and plot, is what makes it work so exceptionally well.

Tom Harper is another gifted writer of dual timelines. He often chooses eras in which the time frames are set far more widely apart than Wilson’s book. His 2013 novel, The Orpheus Descent, takes us back to the young Plato, who was really nothing special until he undertook a journey to the underworld from which he returned a changed man—and western philosophy was born. The detail of this journey in all its ancient shamanic wonder is the heart of the book, both in ancient and contemporary times, but never at the loss of the adrenaline surge.

Stephenson is a breed apart. His novels are breathtaking in their daring. These are not the “novels of ideas” written by the literati for the literati about the literati in their deadly dull metropolitan landscapes. Stephenson’s ideas, like Tom Harper’s, are vast, glorious, forward-looking mega-joules of brilliance. Like Robert Wilson, he matches WWII with the present day, but his war is Turing’s war of ciphers and deceit, his present day belongs to computer geeks. His idea is a data haven that may have been ahead of its time when it was written in 1999, but sixteen years later—when we’re all living on our mobile phones spewing clouds of personal data and Edward Snowden has shown us what the NSA/GCHQ is doing with it all—it’s an idea that needs to happen set in a novel that bears re-reading until the pages fall out.

So when the book that’s pushing on the borders of awareness wants to cross timelines, it has to come out as this kind of book or it’s not worth the years of life that go into writing it. It has to have a narrative drive that will keep me and you riveted, and it has to ask questions more than just, “will the person we love most survive all that we can throw at her/him?”

Which brings us to INTO THE FIRE—and horses again. Because this novel started with the understanding that Joan of Arc, the young woman who came out of nowhere and led France to victory against the English occupiers of her country, could not possibly have been the illiterate, untrained, mystic-visionary peasant girl that history feeds us.

Leave aside that she didn’t mention saints or angels until she was under public interrogation by her enemies, or that her grasp of military tactics, gunnery and canon law were all far, far beyond the average peasant, she got on a warhorse and she rode it in battle without falling off.

You have to have ridden reasonably advanced dressage to realize that this is not something you learn overnight and I don’t care what your invisible friend in the sky might say (though I don’t think she had one of those), the horse has no invisible friend and if you get your aids wrong, you’re back to the high-adrenaline bolt over unfamiliar ground. In sixty pounds of plate armor. With limited steering. And no brakes.

And when you think you know who she really was, the next most interesting thing is the response of the country that canonized her in the early twentieth century. When a Ukrainian surgeon found the bones of a woman who had died in her late fifties and said, “This is Jeanne d’Arc, and she was not who you think,” the tomb was closed—and he was thrown out of France.

This is fictional gold dust. A great many people have built their careers on the myths of her life. It’s not hard to imagine a fictional world in which some of them will kill to preserve their fantasies.

Throw in a police detective who has to find the identity of a body found in a fire before more people die and we have that magical mix of tension and narrative drive bedded down in the conflict between the truth of the past and the lies of the present—and the chaos we might cause by setting the truth free.

Which has to be the most interesting idea of all. Certainly it’s worth a try. Join me for the ride on June 18 and let’s see if we can set the world alight.

Special to The Big Thrill: The Big Break with Joseph Finder