July is all about literary agents and editors here on The Big Thrill! This week we’re joined by Jennifer Weltz, Albert Longden, Kimberly Cameron, Helen Heller, Janet Reid, Michelle Wolfson, Alec Shane, Beth Phelan and John Raab who will answer the question: “What is the most common mistake writers make in approaching an agent?” 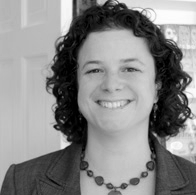 As President of JVNLA, Jennifer Weltz has sold books domestically, internationally, and for film for nearly two decades. Coming from a mediation background, Jennifer sees herself as a liaison between her author and the editor and publishing house that acquire her author’s work. This role takes on a myriad of forms — business manager, confidant, task master, preliminary editor, and matchmaker — to name a few. Since Jennifer takes up an author’s career and not just a project, she is very careful and selective about signing on new authors.

io: Michelle Wolfson formed Wolfson Literary Agency in 2007 and is actively seeking authors of commercial fiction and non-fiction. She holds a BA from Dartmouth College and an MBA from New York University. She spent several years working outside publishing, in non-profit and then finance, and she brings the skills she learned there plus a lifetime love of reading to the table as an agent. (photo by Erin Summerill)