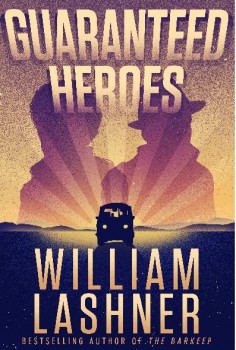 William Lashner earned his writing chops penning legal thrillers that garnered comparisons to the work of John Grisham and Scott Turow. Now, with an Edgar Award nomination and a Shamus Award nod under his belt, he’s releasing one of the most intriguing tales in his decades-long career. A departure from the courtroom dramas longtime fans know him for, GUARANTEED HEROES creates a chilling vision of a post-apocalyptic America, yet is populated with all-too-human characters forced to confront timeless challenges that will surely resonate with readers in today’s world. In the build-up to what may be his most intriguing and creative work yet, Lashner sat down with The Big Thrill to give readers some advance insight into this fascinating adventure.

I write novels. For many years I was working on a series of legal thrillers with a down-and-out lawyer named Victor Carl as the ostensible hero. Lately I’ve been writing standalones thrillers and am really excited about the wild flexibility standalones offer. I’m just trying to stay as inventive as the thriller form allows.

So where have you gone with GUARANTEED HEROES?

It’s a classic story about a kid in prison who learns that his sister has gone missing and escapes to find her. Violence, of course, ensues. But I set the story in an alternate-history America where the Midwest has been wiped out in a series of nuclear tragedies and a new Constitution has been forged to deal with the consequences. The search takes place in this alternative landscape, from the still-standing city of Chicago, through the wild border town of Moline, and then into the nuclear-ravaged heart of the country.

The post-apocalyptic setting is a departure for you. Why did you choose to go this route with GUARANTEED HEROES, and what challenges or opportunities did you encounter in writing this type of book?

First of all, I thought it would be cool. But just as importantly, GUARANTEED HEROES is a book about freedom and how to create it for yourself in difficult circumstances, and the setting allowed me to make those circumstances more oppressive and dire, which is always a good thing in a thriller. The challenge was to keep the setting constantly inventive yet still rooted in reality, even if it’s an alternative reality. The fun part was hitting on an idea and, because of the freedom the setting allowed me as a writer, to run with it as far as it would take me. Sometimes it would run me right into a dead end, and I’d have to start again, but other times it lifted the whole story levels above what I expected when I started.

What was your initial inspiration for GUARANTEED HEROES? How did the story’s premise develop through the early days of your writing process?

I was reading about the troubles of Detroit and the threats to disincorporate certain parts of the city to save money, and I started thinking what it would be like to live in those disincorporated areas. That was the kernel that became the novel.

How did you research locations, subjects, and other elements for the book? Any interesting stories there?

The most interesting things I learned in my research were from a book called Command and Control, by Eric Schlosser, which talked about how poorly run our nuclear bomb program was in the ‘60s and how close we came to a number of nuclear accidents. Yikes. I tried to imagine how our country might have moved forward if some of those near accidents had actually occurred.

How much of yourself do you put in your characters? With which character in GUARANTEED HEROES do you most identify?

I’m with Whitman in believing we all contain multitudes. I put pieces of my own contradictory personality in everyone I write, good or bad. There is woman in the disincorporated territory named Martha, a farmer with a streak of idealism, who seemed close to me when I wrote her.

There are two main characters in this book, old friends from the old neighborhood, Moonis and Clyde, and I loved writing them both. But for me, the coolest thing that happened in the writing was the way Moonis ended up evolving from how I had originally conceived him. It’s always great when a character asserts himself or herself and becomes someone beyond the writer’s original intention; the only requirement is being open to letting it happen. Moonis is insanely smart, too ornery to take orders or give up on his quest, and always seeking some deeper truth. He spends much of the book trying to figure out how to live within a system that to him is nothing but oppressive, and the answer he comes up with becomes the beating heart of the book.

In addition to your standalone novels, you have enjoyed success with your long-running Victor Carl series. For you, what are some of the unique challenges you have encountered in writing another book in an existing series versus those in writing a wholly new standalone?

The hardest thing about a series book is keeping everything fresh: the story, the language, the series characters, the way the plot moves forward.   You can’t just sit back and let it happen because if ever it becomes something done on autopilot it’s not worth doing. The voice and the world is always consistent, which makes at least starting a series book easier than a standalone, but finding a new facet of Victor to twist with the story is always the biggest issue.

When I start I have in mind the beginning, the ending, and the midpoint, as well as a sense of how the story is going to move forward, but all the time I’m hoping the writing process itself will give me better ideas. My books are always better when the writing changes my original intention, and that happened repeatedly in the writing of GUARANTEED HEROES.

The Grand Canyon. Every time I’m there, and I keep going back, something about it stirs my soul. I have to say the hike down the bottom and back up, which I’ve done a couple times, is the greatest hike I’ve ever taken.

I’ll pick two, my dad and William Shakespeare. I suppose we’d talk about baseball. My dad was my first Little League coach and Shakespeare was a great baseball fan: “Fair is foul and foul is fair.” Old Bill never liked them umps.

What is your favorite period/place in history? If given the opportunity to time travel there, would you go? Why or why not?

Alan Furst’s novels of World War II are some of my favorites. I have to say, Paris during the war—with the occupation and the resistance, with good and evil so clearly defined, with Camus writing his incendiary columns as well as The Stranger—has always seemed a place where history hinged. Of course, as a Jew, I wouldn’t want to time travel there. The Paris police clicked their heels and did their part rounding up the Jews of France.

The White House—the Oval Office, the Situation Room, the President’s personal bathroom. I’d like to steal one of the soaps.

The writing itself. The more I write, the harder it gets, and yet the more I adore the entire process.

How much time it takes. Gobs of hours. At least for me.

Learn to finish. There is nothing more important than knowing how to finish. If it’s not any good, still finish the thing and then write something better.

I have a new book I’m just rewriting now, a great rabble-rouser that takes me back into the legal thriller world. I’m very excited about it.

Though post-apocalyptic settings and totalitarian near-future governments are seeing a resurgence of late, William Lashner’s creative take on the genre seems poised to set itself apart. From a familiar-but-transformed world to relatable characters to fundamental questions about freedom and humanity, GUARANTEED HEROES looks to be Lashner’s most ambitious title yet. 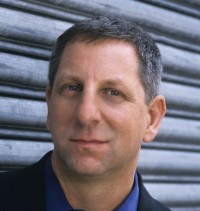 William Lashner is the New York Times best-selling author of THE BARKEEP and THE ACCOUNTING, along with eight novels featuring Victor Carl, whom Booklist called one of the mystery novel’s “most compelling, most morally ambiguous characters.” THE BARKEEP, a Zen infused standalone and Digital Book World #1 Bestseller, was nominated for an Edgar Award. A graduate of the Iowa Writers’ Workshop and New York University School of Lawe, Lashner was a prosecutor with the Department of Justice in Washington, DC before quitting the law to write full-time.