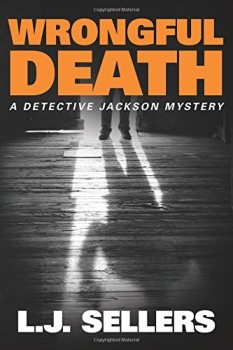 When L. J. Sellers isn’t writing the fast-paced, complex novels that have made her a name in the crime fiction world, she devotes a lot of time to Housing Help, a foundation she created to prevent homelessness. She combines her two passions in WRONGFUL DEATH, a compelling story that explores a unique aspect of the Detective Wade Jackson series setting: the lives of the homeless in her hometown of Eugene, Oregon, and their vulnerability when the police start looking for a killer in their midst.

Sellers hopes that while she entertains her readers she can also show them homeless people are “individuals with unique personalities and circumstances.” She cautions against the common tendency to lump all of them together under one stereotype. “Everyone has a different story about how they ended up on the streets. Some are there for life. For others, it’s a temporary setback.”

The more fortunate citizens who support those on the streets also have their own stories to explain their commitment. She drew on both communities to create the characters in WRONGFUL DEATH.

The novel begins with the murder of a police officer who is passing out blankets to the homeless on a cold night. The primary suspects are homeless people, including a couple of brothers with mental health problems. Sellers is aware that some people feel afraid of street people, viewing them as potentially dangerous, and she realized she was tackling a sensitive and complex issue.

“Statistically,” she says, “much more violent crime is committed by ‘ordinary’ people who live in houses than by people who don’t have houses. A homeless person is much more likely to be murdered by someone—such as a teenager looking for a thrill—than commit an act of violence himself. But many homeless people are mentally ill, so yes, there is always a risk for violence from certain types of mentally ill people.”

The real-life relationship between the homeless and the police is fraught with conflict, and Sellers understands why street people are wary of law enforcement. “Unfortunately,” she says, “there are at least a few bad cops in every department—so everyone has a right to be wary of the police. But minorities and the disenfranchised are more entitled because they don’t have the resources or the credibility to fight back. I don’t mean to sound anti-police. Most officers are terrific people, doing a difficult job. But here in Eugene, we’ve had police officers found guilty of sexual coercion, abuse, and theft, so I write about law enforcement in a way that shows both sides.”

Her protagonist is one of the good cops, and she modeled him after two men in her life. “Jackson is mostly a combination of the first detective I interviewed and my husband—the most morally correct person I’ve ever known.”

Many of Jackson’s personal problems, though, have been inherited from the author. “I’ve given Jackson all the same issues I’ve had to deal with—divorce, financial difficulties, series health issues, and difficult choices about raising children while being committed to a career that defines him. That keeps him real—someone readers can relate to.”

Although WRONGFUL DEATH is the tenth book in the series, Jackson hasn’t changed a lot because the compressed time frame covers only a couple of years in his life. He has, however, become more dedicated to his family, and he has realized that commitment to loved ones doesn’t have to mean sacrificing his career. His core qualities remain the same. “What I like best about him,” Seller says, “is his integrity and his willingness to question his own decisions. The only thing that bothers me is his waffling about his girlfriend and his attraction to another detective. But I do that to please my readers, who are split between which woman he should end up with.”

In addition to the Jackson books, which are told mostly from the male viewpoint, Sellers writes the Agent Jamie Dallas series. She enjoys both and has no trouble switching between male and female voices. “The two characters are fundamentally different, which is why I had to write the Dallas series—for the fun and challenge of a completely different perspective. But I don’t think gender is a big part of that difference. Jackson is more sensitive than most men, and Dallas is more confident and less family oriented than most women, so neither represents a stereotypical gender type. Still, I believe men tend to be more decisive and less self-critical than women, and I keep that in mind when writing both characters.”

Seller plans her complex plots in advance and sticks with her original vision to avoid getting derailed. “I’m surprised when other mystery authors tell me they have no idea who did it when they start writing,” she says. “When I plot, I start with motive, and once I determine the motive, only one character can have that particular motive.” That doesn’t mean she never lets the story surprise her. “I always allow for new twists and turns as I’m writing. But in terms of who committed the murder, or other crimes, that doesn’t change.”

Many authors have to more or less withdraw from the world in order to finish their books on time. How does Sellers fit community volunteer work with Housing Help into her extremely busy writing schedule? “I honestly don’t know,” she admits, “except to say that I’m an energetic person who likes to keep busy. And I have another, wonderful, person who helps me with the foundation because he knows how busy I am.”

Currently Sellers is writing a standalone thriller that she says is “different from, and more challenging than, anything else I’ve ever done.” After that? Jackson #11, then most likely another Dallas story. 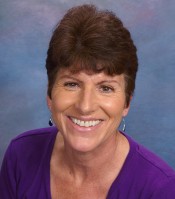 L. J. Sellers writes the bestselling Detective Jackson mystery/thriller series—a two-time Readers Favorite Award winner—as well as the Agent Dallas series and provocative standalone thrillers. Her 16 novels have been highly praised by reviewers, and she’s one of the highest-rated crime fiction authors on Amazon. L. J. resides in Eugene, Oregon where many of her novels are set and is an award-winning journalist who earned the Grand Neal. She’s also the founder of Housing Help, a charity dedicated to keeping families from becoming homeless. When not plotting murders or working with her foundation, she enjoys standup comedy, cycling, social networking, and attending mystery conferences. She’s also been known to jump out of airplanes.

To learn more about L. J., please visit her website.