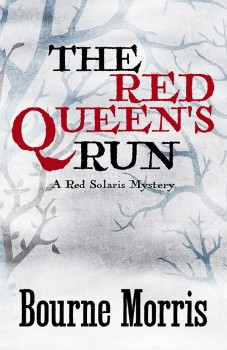 “Anyone who thinks a college campus is a haven of scholarship and civility hasn’t been paying attention,” says Bourne Morris, former journalism professor and author of THE RED QUEEN’S RUN, the first in a trilogy about campus violence published by Henery Press.

Morris was Chair of the Faculty Senate and taught for twenty-six years at the University of Nevada, Reno. The emeritus professor uses her experience as a professor and campus leader to shape her writing. “Murder, sex, plagiarism, betrayal and binge drinking—all the major academic food groups—found a place in my story,” says Morris. “Furious debates about tenure and curriculum become the stuff of drama. I am now able to live in and call all the shots in a fictional university. It’s heaven.”

THE RED QUEEN’S RUN opens with a faculty quarrel that ends in homicide. A famous journalism dean is found dead at the bottom of a stairwell. The police suspect members of the faculty who had engaged in fierce quarrels with the dean —distinguished scholars who attacked the dean with the brutality of schoolyard bullies. When Meredith “Red” Solaris is appointed interim dean, the faculty suspects are furious. Will the attractive red-haired professor be next?

The case detective tries to protect her as he leads the investigation. But notes arrive containing threats that lead him to believe Red might be the next target.

Morris began creative writing at Bennington College. After college, she worked in advertising as a copywriter at Ogilvy & Mather, New York. In a recent interview on local PBS she recalled that even though she worked in the “Mad Men” era, she was promoted six times in seven years and ended up as head of Ogilvy & Mather’s agency in Los Angeles. She left advertising to move to Nevada to marry her old college boyfriend. The university hired her to teach as a full professor in 1983.

Henery Press will publish the second in the series December 2015.
What’s The Rise of the Red Queen about? “A huge debate about sexual assault,” says Morris. “And the search for a beautiful student who has been abducted.” 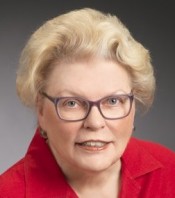 Morris began writing at Bennington College. After college, she worked at McCall’s Magazine and then went to Ogilvy&Mather, New York as a copywriter during the “Mad Men” era. In 1976 she was made head of Ogilvy’s Los Angeles agency. In 1983 she joined the University of Nevada Reno as a full professor in Journalism where she taught until her retirement in 2009.

To learn more about Morris, please visit her website.