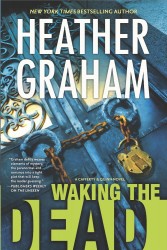 Heather Graham knows how to weave elements of mystery, romance, and the paranormal into a story that hooks your heart and mind, and she proves it again in her latest novel, WAKING THE DEAD.

Graham gives this contemporary thriller an appropriately timeless feel, as it revolves around a painting whose creator was friends with Lord Byron and Mary Shelley.  And like Mary Shelly’s famous creation, the painting appears to have come to life and brought death to those around it.

When the painting appears in modern day New Orleans death seems to still follow it.  Mystery arises, but even great props don’t make great stories. For that you need fascinating characters, and few are more interesting than Danielle Cafferty and Michael Quinn. Quinn is a private detective while Cafferty owns an antiques shop, but they seem to make the best of their differences and their complex histories.

“They have all kinds of interests,” Graham says. “They’ve made a lot of mistakes in life and learned from them as I think we all do.”

Their very different talents combine to make them surprisingly effective when investigating unusual situations, and this book certainly presents one. These two occasional partners in solving crime quickly make connections between present-day spring in Louisiana and the summer of 1816 when the painting was created, a summer in which the artist and the Shelleys met in Switzerland to explore themes of horror and depravity in their art.

The story works so well because of Graham’s talent for combining elements of multiple genres.  And for her, it seems to come naturally.

As convincing as the author is with historical detail, the painting in question (called Ghosts in the Mind) is pure fiction.  What is not fiction is the 1815 eruption of Mount Tambora which threw enough volcanic ash into the air that it lowered global temperatures, leading to worldwide harvest failures and what was known as the “year without a summer.”  That event was an inspiration for Graham.

“The ‘mini ice age’ that covered the globe and caused all sorts of social and political change was the real seed for this story. And had Mount Tambora not erupted and the world not been so dark and cold for the ‘year without a summer,’ Mary Shelley might have never created her famous Dr. Frankenstein!”

The atmospheric setting is also important to the feel of the novel.  Graham confesses a love of New Orleans. “There’s music and art everywhere, diversity flourishes, the architecture is amazing, and the cemeteries with their faded elegance and air of atmospheric decay make for a continuing story themselves!”

WAKING THE DEAD is on the darker side of Graham’s work, but as always there is a spot of humor here and there. So if you’re in the mood for something moody, filled with mystery and suspense, and driven by characters you will like enough to cheer for, you should pick up WAKING THE DEAD. 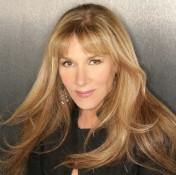