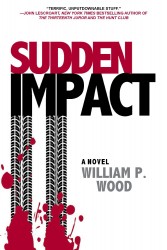 SUDDEN IMPACT is more than a tale about a hit and run.

One rainy night in Sacramento, a cop never sees the car that struck him.  The victim, Officer Tommy Ensor, is no ordinary cop. He’s a hero, a devoted family man, and a coach to at-risk kids. When he dies as a result of the accident, the public, not to mention the Sacramento Police Department, want his killer.

But the driver who didn’t stop isn’t ordinary either. He’s a judge. And in that split second, he did something so totally uncharacteristic it changed his life and the lives of everyone close to him.

The case is spearheaded by Terry Nye, head of Major Crimes, whose retirement is just weeks away. He is joined by his partner, Rose Tafoya, a smart, ambitious, and young detective who recently joined the unit.  Adding to the difficulties of the case is the intense public scrutiny coupled with inter-departmental politics over the next chief of police—either of which could be career-enders.

As Nye and Tafoya search for Officer Ensor’s killer, Judge Stevenson is presiding over a criminal case as if nothing is wrong. Stunned by the fact he didn’t stop, he nevertheless has steeled himself to do what has to be done: compelled, he believes, to break the law in choreographing his cover-up.

“I was intrigued by the idea of hit and run accidents, which are on the increase, and what would happen if someone who has led a fairly decent life made a split second very bad decision in a hit and run situation.

“SUDDEN IMPACT also attracted me to explore the idea of what makes a hero. How and when does someone who is ordinary do something extraordinary? The passengers on Flight 93 on 9/11 thought they were on a routine flight and they ended up doing something incredibly heroic. Many people in SUDDEN IMPACT face the moment when they meet fate or destiny… and some make the right choice, some don’t.” Wood continued, “But the consequences of either made SUDDEN IMPACT a terrific story to write.”

SUDDEN IMPACT is the third William P. Wood novel to feature Tafoya and Nye. They first appeared in PRESSURE POINT where an open and shut tragic purse snatching turns to uncovering a deep-cover spy. In THE BRIBE they have twenty-four hours to solve the shooting of a Congressman with national security concerns.

“I never thought I could do series characters, but these two people just captivated me and I enjoyed being in their company, watching them, and listening in on their arguments and conversations. It’s been a revelation to me as a writer.

“Rose genuinely likes and admires Nye, and he very much reciprocates, but the tension between them is his experience and cynicism colliding with her more foursquare approach to life, family, and the law. Right now I’m working on what will be the fourth Nye and Tafoya novel, HYMNS AND ANTHEMS.”

Wood’s earlier works are all stand alone novels and draw from his experiences as a lawyer and prosecutor in California. His familiarity with judges, cops, and people in the justice system are found in all his work. His first novel featuring a judge is COURT OF HONOR that was filmed as BROKEN TRUST starring Tom Selleck.

If you are fans of this type of thriller don’t hesitate to check out his other books by visiting his website. True-life fans might want to check out THE BONE GARDEN, the “definitive” story of killer Dorothea Puente.

Wood sent her to prison for a series of crimes where she drugged and robbed elderly men and women, often as she masqueraded as a live-in nurse.  Three years after she was released from prison, bodies were being dug up in the yard of her downtown Sacramento home (about six blocks from the District Attorneys Office!). After a nationwide manhunt she was tried and convicted for three of the nine murders. She died in prison several years ago.

“I testified during her preliminary hearing at the same time I was covering it to write THE BONE GARDEN about the case. The weirdest day was when my name was called by the court clerk, I put down my notes, took the oath, testified, got vigorously cross-examined by Puente’s two defense lawyers, left the witness stand, and sat down and started taking notes as the next witness took the stand. It made for a very strange experience.”

Wood’s day job as an attorney for the state of California keeps him busy and he finds strict discipline is needed to get pages done. He is a morning writer most of the time but can write for long stretches if the novel is “cooking.” He works with a sketchy outline and admits he is “bad at it. I rarely know how a story will end or even many of the major developments. The people in the story get me through the pages.”

He begins each writing session with an edit of the previous day’s work.  “I probably look at, change, tinker with pages thirty to forty times. SUDDEN IMPACT, I hope, is a book ITW members will find engaging, provocative, and vivid,” he said. 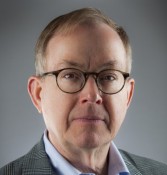 William P. Wood is a former deputy district attorney and the bestselling author of numerous legal thrillers and an acclaimed nonfiction book, “The Bone Garden,” about serial killer Dorothea Puente. Two of his books have been adapted into the films “Rampage” and “Broken Trust.” He lives in Sacramento, California.

To learn more about William P. Wood and his books including SUDDEN IMPACT, visit his website.