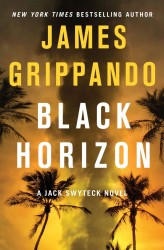 With his powerhouse blend of imagination and legal expertise, NEW YORK TIMES bestselling author James Grippando has become the go-to novelist for readers seeking intellectually provocative, relentlessly suspenseful, and tremendously entertaining thrillers that capitalize on his unique ability to anticipate tomorrow’s headlines and make nail-biting “what if” scenarios frighteningly real.

Now Grippando brings back Miami criminal defense attorney Jack Swyteck for his most dangerous and politically charged case yet in BLACK HORIZON, the latest entry in the wildly popular Swyteck series.

As this exciting page-turner kicks off, Jack and his wife, undercover FBI agent Andie Henning, are honeymooning at a luxury resort in the Florida Keys when breaking news interrupts their idyllic getaway. Just three years after the Deepwater Horizon disaster, once again millions of gallons of oil are spewing from a hole in the ocean floor after a deadly explosion aboard a massive rig. Only this time, the circumstances are even more nightmarish. The rig was in Cuban waters, just sixty miles from Key West, and the biggest manmade environmental catastrophe in history is headed not toward Havana, but straight for the U.S. coastline. The Cuban navy threatens to fire upon American cleanup equipment as “hostile invaders,” and a geopolitical crisis looms, since the venture received its mineral lease from Cuba and its funding from a consortium that includes China, Russia, and Venezuela.

Not long after Andie’s sudden departure for a secret assignment, Jack files a wrongful death suit on behalf of a young widow who lost her Cuban husband in the blaze. Jack expected an uphill legal battle, but his relentless search for the real cause of the catastrophe puts him, his career, and even his new marriage at risk. Was Andie called from their honeymoon because terrorists are behind the spill? Has the battle between Big Oil and environmental extremists reached a catastrophic fever pitch? Has the Cuban regime finally found the ultimate leverage against its capitalist neighbor? Is this an even broader political showdown on the world stage in which America’s most powerful adversaries—China and Russia—intend to bring the White House to its knees? Jack is caught in the crosshairs of ruthless adversaries with a high-stakes agenda, pressured even by his own government to drop the case for the sake of national security.

Fighting for much more than his client’s rights in a Key West courtroom, Jack plunges through a maze of international intrigue to find that the “accident” was indeed no accident—and that the force behind this raging disaster is an act of desperation more shocking than anyone could have imagined.

BLACK HORIZON is the twenty-first novel by Grippando and the eleventh in his acclaimed series featuring Jack Swyteck.  Grippando was a trial lawyer for twelve years before the publication of his first novel in 1994 (THE PARDON) and he now serves as counsel to Boies, Schiller & Flexner LLP. He lives in south Florida with his wife and children.

We caught up with author James Grippando to find out what he has to say about BLACK HORIZON—and what else we can expect from him and Jack Swyteck.

Tell me about Jack Swyteck. What kind of person is he?

Jack is not super-cool, super-rich, or super-successful.  But he is the kind of guy we all want as a friend—someone we care about enough to celebrate his good days and suffer through his bad ones as if they were our own.  Theo and Abuela make Jack especially fun to write and read about.  Most of us can relate to having someone in our life like Abuela—that person who can’t understand why we didn’t meet the love of our life by our twenty-first birthday.  And all of us need a friend like Theo—someone to remind us that “There are two kinds of people in this world, risk takers and s— takers. Someday, you gotta decide which you’re gonna be when you grow up.” Jack isn’t too full of himself to see the wisdom in those around him, and it makes for an interesting life in and out of the courtroom.

How did the Jack Swyteck series come about? Was it planned from the beginning?

I wrote the first Swyteck novel in 1994 (THE PARDON), never intending it to be a series.  Another five stand-alone novels followed, and over the years, people kept asking, “What happened to Jack?”  Their point was that the Jack Swyteck in THE PARDON was an ideological lawyer who defended death row inmates, but more important, he was an angry young man with lots of unresolved personal issues—including issues with his father, the law-and-order governor of Florida who sentenced Jack’s clients to death.  Readers wanted to see Jack mature as a man and a lawyer.  So my editor and I decided to bring him back in BEYOND SUSPICION (2002), where we introduced Jack’s irreverent and hilarious sidekick, former death row inmate, Theo Knight.  BLACK HORIZON is now number 11 in the series.

How did your past experience help in writing this novel?

My legal career has triggered many ideas, but more than any specific case, it’s the overall experience of being a trial lawyer that has benefited me most in my writing.  As a trial lawyer, you see the best and worst of people.  You see victims of crimes who have the courage to come into a public courtroom, look their attacker in the eye, and work through the emotional pain of telling a jury exactly what happened.  Just as courageous, you see people with no personal stake in the case come forward—sometimes at the risk of their employment or personal safety—simply to make sure that justice is done.  So, in some sense I see the world as filled with unlikely heroes.  On the other hand, you deal with the snakes who can’t give an honest answer to a simple question. You deal with some lawyers who think litigation is just a game and that the rules are for losers.  That overall perspective that I’ve gained through personal experience is written into every chapter of BLACK HORIZON.

BLACK HORIZON is your 21st novel. Do you think your writing has changed over the span of these novels? If so, what differences have you noticed?

I wrote the first Jack Swyteck novel when I was single and a full-time trial lawyer.  He’s still around twenty years later, but I’m married, have three children, and I’ve scaled back my practice enough to write two books a year.  Jack has evolved too.  He gets married in BLACK HORIZON, and he and his wife Andie Henning are thinking about a family, so obviously the changes in my own life affect the way my characters develop.  The biggest change I’ve noticed in my writing, however, is that much less ends up on the cutting room floor, so to speak.  I used to write a hundred pages or more before realizing that a story doesn’t work.  Experience has made me a much better self-editor.

Eleven of your 21 novels feature criminal defense attorney, Jack Swyteck. I’m sure you’re asked this often, but is Jack based on you or anyone you know?

Jack is not me.  Jack’s father is Florida’s governor, and my dad is a retired stripper (I kid you not:  he was a printer, and the technical term for his job was “stripper”).  Jack’s love life could fill an entire chapter in CUPID’S RULES OF LOVE AND WAR (Idiot’s Edition), and I’m married almost twenty years to the love of my life.  Jack’s best friend was once on death row, and my friends—well, maybe some of them do belong in jail.  But cloning my friends or myself is not what makes a character work for my readers or me.  It’s about creating complex characters.  My bad guys are never all bad, and my good guys are never all good.  They have a past that makes you understand their contradictions, their flaws, and their motivations.  They surprise you, too.  When I outline a story, I never outline beyond the point of conflict, where good clashes with evil.  The ending always works itself out in the writing, which is to say that the characters show me the way.  And if they have dark secrets they’re trying to hide, even better.

I wrote my first novel (THE PARDON) with no contract, which means no deadline.  The twenty novels I’ve written since 1994 have all been under deadline.  Almost by definition, writing without a deadline is more enjoyable.

Keep it fun—and accept the fact that luck is part of the equation.  People tell me that I have talent, and I know I work hard.  But so do a lot of aspiring writers.  The difference between them and me is that I found my first break.  My advice is to keep looking.  So maybe it’s luck and perseverance.

The first question you should ask yourself is “why do I write?”  For some people the answer is “because I have to.”  That’s fine.  For me, the answer is “I love it.”  At age eleven I wrote a comedy western and put my friends in it so they would sit and listen to me read it to them.  In high school and college I was the guy who actually looked for courses that required you to write a paper.  As a lawyer I published in more academic journals than most tenured law professors.  I keep an “idea file” in my closet, and I’ll never live long enough to write all the stories I want to write.  It blows my mind that I actually get paid to do this.  Truly.  But my point is this:  until you understand why you write, you’ll have a hard time figuring out who you are as a writer.

This is a really busy time for me.  My next two novels (#22 and #23) are already written.  CANE & ABE will be released in September 2014, and HarperCollins will release another stand-alone in the spring of 2015.  My last two releases have been in the Jack Swyteck series, (BLOOD MONEY and BLACK HORIZON), so I decided to take a little diversion, but Jack will be back! 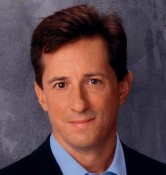 James Grippando lives in Coral Gables, Florida with his wife, three children, two cats and a golden retriever named Max who has no idea he’s a dog. His novels have been published in 26 languages, so no matter where you are you should be able to find one to suit you. He has also contributed to an anthology edited by James Patterson and published by International Thriller Writers.