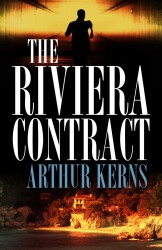 When Diversion Books, Inc. published my debut novel, THE RIVIERA CONTRACT, the event signaled a milestone in my career, or should I say careers. After serving twenty-four years with the FBI I embarked on a twenty-year quest to have a novel of mine appear in print. While learning the craft of writing, I traveled to over sixty-five countries as a security consultant for US diplomatic establishments throughout the world. These travels are reflected in my novel, an espionage thriller set in France and the French Riviera.

Although writing for the high school newspaper was fun, I knew then fiction was my goal, but for a long time I really didn’t have anything to say. After college and three years in the Navy, I joined the FBI, spending most of my career in counterintelligence and counterterrorism. Following retirement from the FBI, foreign travel as a consultant opened my eyes to new worlds. Some countries I visited were off-limits to tourists and mainstream travelers. After work, in some exotic country, I’d record my impressions in a journal. Those journals have proven good resources for my current novel and especially its sequel, THE AFRICAN CONTRACT, both featuring the CIA operative, Hayden Stone, who combats international terrorists and occasionally romances beautiful women.

Having the first novel published was no easy task. My success was a result of attending good writing classes, having excellent teachers, and very supportive critique groups. Networking with other authors is essential and one benefits from membership in organizations like the Society of Southwestern Authors, Arizona Mystery Writers, and of course the International Thriller Writers. I entered as many short story contests as I could; winning awards now and then.

A major hurdle in getting published is finding an agent. For most authors landing a well-connected, encouraging agent is the key to getting published today. My agent contacted a number of publishers until she negotiated a contract with Diversion Books, Inc in New York City. The effort doesn’t stop there. Today publishers expect their authors to market their books. The past year has been taken up with speaking engagements, writing conferences, and book signings. I keep saying to myself, I can’t wait to get back to writing. 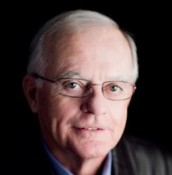 Arthur Kerns joined the FBI with a career in counterintelligence and counterterrorism. On retirement, he became a consultant with the Intelligence Community and the Department of State, which took him to over sixty-five countries. His award-winning short stories have been published in a number of anthologies and he has completed a mystery based on the unsolved 1929 murder of an FBI agent in Phoenix. His book reviews appear in the Washington Independent Review of Books, . In March 2013 Diversion Books released his debut thriller, THE RIVIERA CONTRACT, the first of a series.