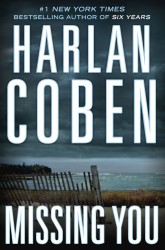 NYPD Detective Kat Donovan, the protagonist of Harlan Coben’s compelling new novel MISSING YOU, is smart, driven, brave, and persistent. She’s also alone. So when a well-meaning friend submits Kat’s name to an online dating service, she reluctantly logs onto the website. After searching through all too many unappealing profiles, she comes upon a photograph of her ex-fiancé Jeff, who eighteen years earlier broke off their engagement, leaving her heartbroken and desolate. Once the shock wears off, Kat feels a rekindled spark, a renewed hope that she can recapture lost love. But when she reaches out to Jeff, he rebuffs her and disappears into the shadows of cyberspace.

As Kat probes into Jeff’s past, her affection turns into suspicion and then terror. He appears to be entangled in a nightmarish conspiracy, in which monstrous predators prey upon weak and trusting victims. Meanwhile, the body count continues to rise, and Kat must act to save lives, including her own. Her investigation forces her to confront dark events in her past and to re-examine her feelings about those closest to her—her ex-fiancé, her mother, her boss and longtime friend, and her father, a cop whose decades-old murder remains unsolved.

MISSING YOU chronicles a woman’s struggle to survive as her most firmly held beliefs are called into question.  Coben graciously agreed to answer some of our questions about the book.

MISSING YOU explores the dark side of the Internet, and particularly cyber-dating sites. What interested you about this topic?

What doesn’t? We go online, we look at a profile pic, we may even converse—but we have no idea who the person is, do we? So I asked the what-if. What if you went on one of those dating sites and saw the person who broke your heart years ago? What if you reached out and everything went wrong?

On the one hand, it seems that new technology might make it harder to create suspense (most of us have cell phones capable of dialing 911); on the other, emerging technology has provided new areas for writers to explore, as you do in MISSING YOU. How, if at all, have recent technological advances changed your approach to writing?

It’s just reality. Like gravity. If you’re writing in the modern era, we know that this technology exists and you must account for it.

Your protagonist is NYPD detective Kat Donovan. You write that one of her strengths as a cop, but also weaknesses, is that she can let her mind wander, yet concentrate on the big picture—allowing her to see the all the possibilities, but miss the obvious. Has that quality also affected the way Kat has approached her life?

It has. I think it probably applies to her creator too.

MISSING YOU deftly combines a suspenseful and ultimately terrifying plot with a nuanced exploration of Kat’s personal history. How are you able to keep the reader turning pages and yet dig so deeply into your character’s psyche?

Who says one doesn’t complement the other? You need both. You can have the most expensive car but if you don’t have any gas, where are you going? I just tell the story. If I stop and think, “Oh my, you need now to dig into her psyche,” I’m probably dead. Her psyche is part of the story. The process should be organic.

MISSING YOU is your 25th novel. How are you able to come up with fresh ideas and characters?

And I’m finishing my twenty-sixth, the third Mickey Bolitar Young Adult novel, as I stop and answer these questions. Man, I feel old. Every novel feels like the first time. That may be the answer. It never gets easier. I think when it does, that’s when you’re phoning it in.

Kat Donovan is an engaging protagonist—smart, intrepid, and as another character calls her, damaged. Any plans for Kat in a later novel?

Who knows? I could see her coming back one day.

You’ve written both series and standalone novels. What do you find gratifying about each approach? Are there downsides to either?

I’ve written ten Myron Bolitar novels but in a sense, each one feels like a chapter in a longer novel. So there’s that. When you write a stand-alone, you start with a blank canvass. When you write a series book, there are some paint strokes already on the canvass. Sometimes that can be freeing. Sometimes not. But in the end, the process is the same. I don’t do anything differently when I write a stand-alone vs a series book. They use the same muscles.

Who are some of the authors who originally inspired you to become a writer? Can you include one or two NON-thriller/suspense writers among them?

William Goldman’s MARATHON MAN would be, if I had to pick one novel, the one I would say made me want to write suspense more than any other. I’ve been quoted before on this so I’ll repeat it: Ninety percent of us who write detective fiction admit Robert B. Parker was a major influence, the other ten percent lie about it. I’ve been inspired by Mary Higgins Clark, Philip Roth, Roald Dahl, CS Lewis, and though not an author, Alfred Hitchcock. I could go on and on. What doesn’t influence you?

The clichéd piece of advice for aspiring writers is “write what you know.” In MISSING YOU, you write about, among other things, cyber-dating, international finance, and computer hacking.  Would you describe that as “writing what you know?” More generally, could you describe your writing process?

I think “write what you know” is either nonsense or misapplied. You need to know the universals—what it feels like to love, to hate, to want, to envy, to cherish. Some call this empathy. I know nothing about cyber-dating. In fact, I tried to open up an account for research (I can hear the “yeah sures” from here), but I ended up hitting the wrong buttons and making myself a woman looking for older women. But do I know what it’s like to long for a life partner? Sure. That’s the important part.

Tell us about your next project.

In September, the third Mickey Bolitar novel comes out. I’m also working on French TV show for TF1 based on my novel NO SECOND CHANCE. 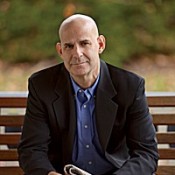