Heat can be deadly.

Based on a usual production of four novels plus a novella a year, multiple people seem a real possibility. Yet for Cynthia Eden, this is normal.

Cynthia made her romantic thriller debut last year with Deadly Fear, the first of three (so far) in her Deadly series. In Deadly Fear she introduced the FBI’s Serial Services Division, an elite department whose mission is to track and apprehend serial criminals whether it be killers, rapists, arsonists, or kidnappers.

This month the second book in the series, Deadly Heat premiers followed in short order next month with Deadly Lies, the third book. The quick publication schedule is possible since Cynthia wrote the books back-to-back.

“I had to write on a tight deadline for the books, but I found it was actually easier to write connected stories so close together because the characters stayed fresh in my mind. It was easier to slip into the head of the characters as I transitioned between books,” she said.

In Deadly Heat, firefighter Lora Spade calls in the Serial Services Division to investigate the death of her lover who died in an arson-set fire. After Agent Kenton Lake begins his investigation, he is lured into a violent inferno and saved by Lora. Their fiery attraction to one another doesn’t obscure the terrifying truth: the murdering arsonist is targeting Lora in his fiery game.

What sets Deadly Heat apart is the devotion to detail Cynthia puts in concerning fire fighters and fire fighting.  “Deadly Heat was a very research intensive book. I needed to be extremely familiar with fire fighting techniques and arson investigation. It took some time to familiarize myself with these areas, but I actually very much enjoyed the hands-on research I conducted.

“I hope that I portrayed the life and struggles of a fire fighter in a realistic fashion,” she said. “I have family members who are fire fighters, and I know just how difficult their job is. I want readers to understand those struggles and to see Lora Spade as a character they can really care about.”

She is also excited that her heroine is powerful, smart, and capable. Lora isn’t afraid to face the fire or the deadly arsonist behind those fires. 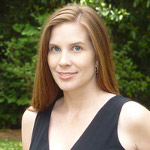 Facing fearful situations is the underlying theme in Cynthia’s Deadly series. The first, Deadly Fear, has FBI profiler Monica Davenport tracking a killer who forces his victims to face their worst nightmares in real life. In Deadly Lies, Samantha Kennedy is haunted by memories of being kidnapped by a serial killer while on the trail of a bloodthirsty kidnapping ring.

Despite the havoc in her novels, or perhaps because of it, Cynthia needs quiet to work. If the space meets that criteria, then the writing can happen anywhere. “As long as I have my laptop, I’m good to go,” she says.

This quiet is preceded by a few minutes of mood music, say hard edgy music if she is about to write an intense action scene. The music gets her in the right frame of mind so she is able to dive right into the scene and start writing.

When working on deadline she often writes for three or four hours in the morning with two or three more hours at night.  She focuses on the number of pages she needs to write, saying, “I set daily page goals for myself, and I just don’t go to bed until I reach my goal. Some days those pages come fast and some days they come slow.”

For her books, she finds a skeleton outline works best. It allows for the twists and turns her characters take while keeping the plot on course. She did plot out all of the Deadly books before she wrote them but “changed things up a bit as the actual stories developed.”

With her style of writing, Cynthia prefers to write her first draft as quickly as she can. She takes a week off to allow for distance between herself and the story, then with fresh eyes reviews the work and starts revising. Having been an editor prior to writing fulltime, Cynthia sees that as an asset. Editing taught her to view a manuscript with a critical eye allowing her to better look for pacing and characterization issues and tightening up the writing when needed.

Despite these skills and a successful publication record, like most writers, Cynthia wonders “Is this story good enough?” Adding, “A bit of insecurity goes along with the job.”

Her last word for Big Thrill readers: My Deadly books are dark, action-packed novels that I hope appeal to both men and women. If you like dark romantic suspense novels, then check out Deadly Heat!

For more on Cynthia Eden, her Deadly series, and her paranormal novels visit her website at www.cynthiaeden.com.