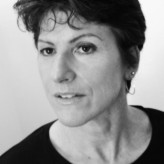 L.J. Sellers writes the bestselling Detective Jackson mystery/thriller series thrillers. Her novels have been highly praised by Mystery Scene, Crimespree, and RT Reviews, and her Jackson books are Kindle bestsellers as well as top-ranked novels. L.J., who resides in Eugene, Oregon where her novels are set, is also an award-winning journalist who earned the Grand Neal. When not plotting murders, she enjoys standup comedy, cycling, social networking, and attending mystery conferences. She's also been known to jump out of airplanes. Visit L.J. at: www.ljsellers.com.

By L.J. Sellers Kirkus Reviews called DON’T TURN AROUND, the first book in the Persefone…

By L.J. Sellers “Undercover work is a great opportunity to be somebody else and be…

The Trade by Colby Marshall

By L.J. Sellers After her widely praised debut, CHAIN OF COMMAND, Colby Marshall is back…

By L.J. Sellers After the success of his first two thrillers, Daniel Palmer’s third novel,…

Fear of Beauty by Susan Froetschel

By L.J. Sellers A mystery set in Afghanistan—you don’t read that description very often. But…

Against the Odds by Kat Martin

By L.J. Sellers Kat Martin’s newest release, AGAINST THE ODDS, is anything but. After fifty…

By L.J. Sellers If three is a charm, then twenty-five rewrites should be magic. BLIND…

By L.J. Sellers What happens when you combine the terror of an entire city—New York…

By L.J. Sellers Hearing a character’s voice in her head is often what inspires bestselling…

Edge of Midnight by Leslie Tentler

By L.J. Sellers “A compelling plot, thick suspense, a cunning villain, a shattered cop, and…

The Burning Edge by Rick Mofina

By L.J. Sellers Rick Mofina has been writing about crime—both as a reporter and a…

By L.J. Sellers Her interest in the occult started around the same early age as…

Picture Of Lies by C.C. Harrison

by L.J. Sellers When the protagonist is eighty-four, cranky, and has short-term memory loss, telling…

by L.J. Sellers At 17, David Hagberg ran away from a future in the steel…

The Last Time I Saw Paris by Lynn Sheene

by L.J. Sellers Writing great fiction is a craft, and Lynn Sheene is proof. She…

By L.J. Sellers Being compared to Lisa Jackson with her debut novel is quite a…

The Damage Done by Hilary Davidson

By L.J. Sellers Hilary Davidson smiles like an angel, but she broke into fiction with…