Kat Martin’s newest release, AGAINST THE ODDS, is anything but. After fifty novels and numerous bestsellers, the author has hit her stride, and this story is another winner. Set under the big Texas sky and featuring a prospector and a private eye, AGAINST THE ODDS will surely please fans of adventure, romance, and suspense.

From the book jacket: There’s silver out there: Sabrina Eckhart is sure of it. And when she finds the hidden mine on that big piece of West Texas desert, all of her financial problems are solved. That is, if she can find it. The man with the skills she needs is private investigator Alex Justice—a former navy fighter pilot and a current pain in the neck. . . . But the vultures are circling, and if they don’t watch their backs, the relentless desert sun could be the last thing they ever see.

Here’s more from bestselling author Kat Martin in her own words:

You started as romance writer and now you’re a member of a thriller organization. How did your writing evolve?

I had always had ideas for contemporary stories, but once I had headed down the historical romance fiction road it was difficult to break free. In my spare time, I wrote a book called THE SILENT ROSE, my first romantic suspense, published in 1994. But contractually I was forced to use a pseudonym.  Since then the book has been re-issued in my own name and re-released four times, (it’s out again with another new cover in June of next year), making it one of my best selling novels.

I love the freedom contemporaries allow me, broader use of language, plot, and character. After THE SILENT ROSE, I continued to write romantic suspense, but didn’t start full-time until AGAINST THE WIND, the first book in my Against Series.

Where did the idea of AGAINST THE ODDS originate?

Since this is a writers group, I can be honest and tell you I have no idea where it came from. I knew the characters from a previous novel, wanted high action and lots of romance. Next thing I knew, I was in the West Texas desert searching for silver, trying to keep my characters alive and find out who was trying to kill them.

What else do you want readers to know about the story that’s not in the book description? Does the story have a theme?

Lots of lessons learned in this one. The heroine, Sabrina Eckhart, has to deal with stereotypes and learn to trust her instincts as she falls for the hero, sexy multi-millionaire playboy, Alex Justice. The hero has to decide what he really wants out of life. The book deals with family secrets, murder, and betrayal. Common writing themes, hopefully with a few surprises.

I noticed that some of main characters in the Against series are brothers. Is that the main connecting thread of the series?

The original three books focus on the Raines brothers. I hadn’t planned to extend the series beyond a trilogy, but there were characters in the third book, AGAINST THE LAW, who were larger than life, big enough for stories of their own. So far I’ve written nine Against novels, and as long as I can come up with strong characters and good story lines, I plan to continue.

Do any of your other characters continue from book to book?

I often feature a secondary character as the hero/heroine in another book. But once their story is told, I’m off on a new adventure.  Sometimes friends pop up, guys and gals who help the main character solve a problem, but mostly I like to write books that stand alone, big, bold tales that carry the reader in a new direction.

Your settings are often wilderness or adventure. As a writer, what draws you to those locations?

I’ve always loved adventure.  My husband and I moved to Montana 17 years ago strictly because we wanted to do something exciting, experience a life we had never known before (and it truly is!). I’ve traveled a lot in Europe, spent two months in Alaska (where I plan to set more Against books), and love watching travel videos and reading about people in different cultures. Writing action/adventure fits right in.

I’m just finishing AGAINST THE MARK, Ty Brodie’s story, which is out the end of August next year. I hope to start Dylan Brodie’s story next, a book set in the wilds of Alaska.

Who are your favorite writers? And/or who inspired you to want to be writer?

Wilbur Smith was one of my favorites. EAGLE IN THE SKY is the most romantic book I’ve ever read. Sydney Sheldon and Herman Wouk were two of my early favorites. I loved Frank Yearby, Anya Seton, Kathleen Woodiwiss, and Rosemary Rogers. I read a lot of different kinds of books and still do, but romance is my favorite.

Just for fun, if you weren’t a novelist, what would you be probably be doing?

I’d love to be an astrophysicist.  I’d probably be selling real estate. 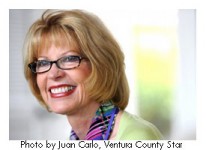 Currently living in Missoula, Montana, Kat Martin is the bestselling author of over fifty Historical and Contemporary Romance novels. Before she started writing in 1985, Kat was a real estate broker. During that time, she met her husband, Larry Jay Martin, also an author. Kat is a graduate of the University of California at Santa Barbara, where she majored in Anthropology and also studied History. “I love to travel and especially like to visit the places where my books are set. My husband and I often stay in out-of-the-way inns and houses built in times past. It’s fun and it gives a wonderful sense of a by-gone era.”

To date, Kat has over twelve million copies of her books in print. To learn more about Kat, please visit her website.