A Shocker of a Debut 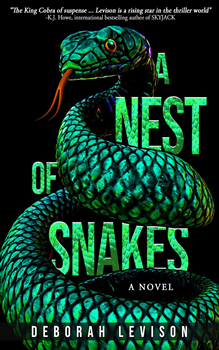 In her debut novel, Deborah Levison weaves a gut-wrenching web of deceit, trauma, and betrayal at an elite boys’ boarding school that purports to forge the leaders of tomorrow. A NEST OF SNAKES takes place at Torburton Hall Academy for Boys, where Brendan Courtland’s parents have enrolled him. With Brendan’s father’s newfound success as a film director and his mother’s socialite aspirations, is it any wonder they would choose the best private school in the country for their son?

With his parents engaged in their own pursuits, freshman Brendan is on his own and soon discovers all is not as promised in the school’s slick brochures. Upperclassmen prey on him relentlessly, but their bullying is the least of his worries, as he soon discovers an even more evil side to Torburton Hall.

Years later, the reclusive Brendan lives in his parents’ mansion, a broken man. Through his therapist, he meets Dylan, an attorney who is determined to penetrate his ironclad shell, find out what really happened, and save the bright young man he used to be. But Torburton Hall is wealthy and powerful, and not everyone wants to reveal the truth. 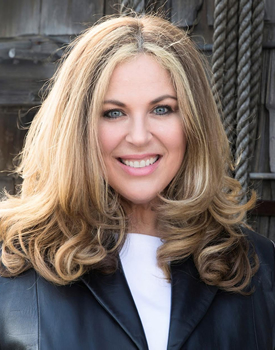 Levison, who also wrote The Crate, a true crime Holocaust story, has been called “a rising star in the thriller world” (K. J. Howe) and “a dazzlingly talented author” (Samantha M. Bailey). She has received additional praise from a host of other authors.

We couldn’t wait to find out more.

Turns out, Levison has always been a writer. Growing up in Canada, she acted out scenes from plays she’d written and also wrote poems and stories. Work in public relations, where she was ghostwriting under someone else’s name, provided the impetus for her to write her own novels. “More than anything, I wanted to be an author,” she says, “To have a book of my own on a library shelf.”

After moving to the US with her family, her dream came true in 2018 with the publication of her nonfiction book The Crate, “which was not a book I ever expected to write.” 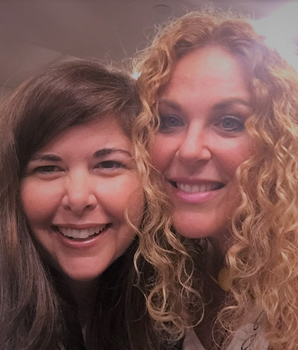 Levison meets Lisa Unger at ThrillerFest … and “hopes some of her magic rubs off.”

She turned to fiction with A NEST OF SNAKES after reading about a spate of lawsuits by men who had been abused at elite private schools they had attended as boys. “I read through several complaints, and I was just horrified. I couldn’t believe what had happened to these children, how vulnerable they were, how they’d been preyed upon, and how many adults were complicit in the abuse,” she says. “Literally everyone at the schools knew what was happening, but no one intervened. No one reported the abuse. No one protected the victims. And of course, the abuse wasn’t limited to Connecticut; it happened everywhere, including at well-known schools in New York City, New Hampshire, Canada, Dublin, Johannesburg, and Sydney. And it hasn’t stopped. Just this summer, the Crown Prince and Princess of Denmark pulled their 16-year-old son out of his prestigious boarding school amid allegations of rampant abuse. The story of these boys is important to tell. Perhaps the book might help someone who has been abused and feels alone.” 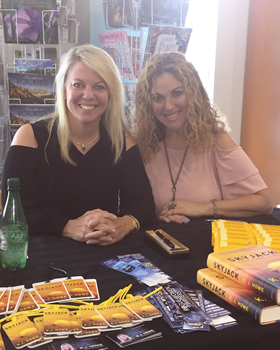 Levison at a joint book signing with K.J. Howe at Indigo books in Toronto

Although Levison didn’t attend a boarding school and is not an attorney, she researched her subject thoroughly. “I spoke to former students, read interviews, and watched documentaries about private school abuse. Some of what I describe—the grooming of children with drugs and alcohol, the blackmail—is true. The bullying part wasn’t hard to make up; for that, I banked on the mean girls I went to school with. I translated my experience into a boy’s perspective. The fear, the embarrassment, the feeling of being outcast … that would be similar, I thought. But I avoided using any real examples of abuse, mostly because the truth is so absolutely unbelievable.”

Her path to publication had twists. No fantasy lunches at The Plaza, unfortunately, after her first book was orphaned. “The process was brutal,” she says. Then she met agent Gary M. Krebs, Wild Blue Press in Colorado signed her, and her dreams came true.

One of several factors in her success is that her characters are precisely drawn and complex. “I’ve met many, many survivors of childhood trauma. I don’t have to look any further than my own parents, who survived the Holocaust, and their wide circle of Hungarian friends. And while their losses and experiences—in concentration camps, ghettoes, as hidden children, on death marches, or even as ‘patients’ of Dr. Mengele—certainly scarred them forever, the vast majority went on to build families and live fulfilling lives. Brendan, on the other hand, is broken. Even at the age of 47, he shows clear signs of PTSD. He can’t stand to be touched. He’s estranged from his wife and son. And eventually the reader learns that on top of the abuse he experienced, Brendan is crippled by guilt. He was such an interesting character to write, especially as I majored in psychology, which made the research part fun. I feel very protective of Brendan, and I cheer for him as he journeys toward healing.” 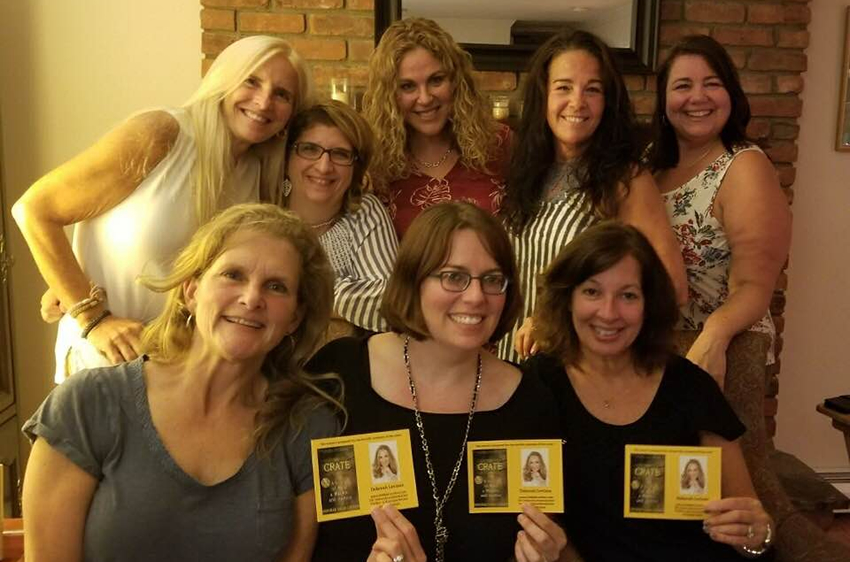 The attorney, Dylan, also seems real. “Before he meets her, Brendan is completely isolated,” Levison says, “With no support system except for his psychiatrist, a surly housekeeper, Irma, and her bear of a son, Tomasz. Dylan is gentle and kind, and her empathy is ultimately what paves the way for Brendan’s healing.” 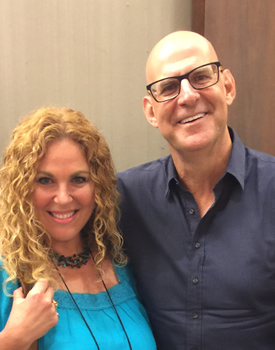 Levison dreams of a Netflix series with Harlan Coben.

Along the way, Brendan adopts a dog, Elvis. “His is a parallel journey. Brendan and Elvis save each other. Irma and Tomasz are foils for Brendan; they act where Brendan cannot.” What a fascinating collection of characters!

Along Brendan’s journey, Levison crafts some fine twists and surprises that will keep you guessing. “I actually started with a twist, which I think many thriller writers do. I knew the twist, and the end; I knew the beginning; I had all the backstory; and then I had to figure out the plot in the middle, which is the hardest part, right? In an earlier draft, I had an amazing secondary plotline that I ended up cutting out because it wasn’t ‘earned’ enough by Brendan’s character. But I’m definitely saving it for a future book.”

We asked Levison what we gain from fiction that we can’t gain from the news. “Context. It’s challenging for a journalist who has limited space to report events accurately without [opportunity for] proper context. The great thing about fiction is that you can frame entertaining stories while giving a voice to those who might otherwise be voiceless, all the while providing detailed backstory and the motivations and reactions of everyone involved. Really get inside their heads. And you can take things to extremes—create truly unthinkable situations for your characters—to drive your points home.” 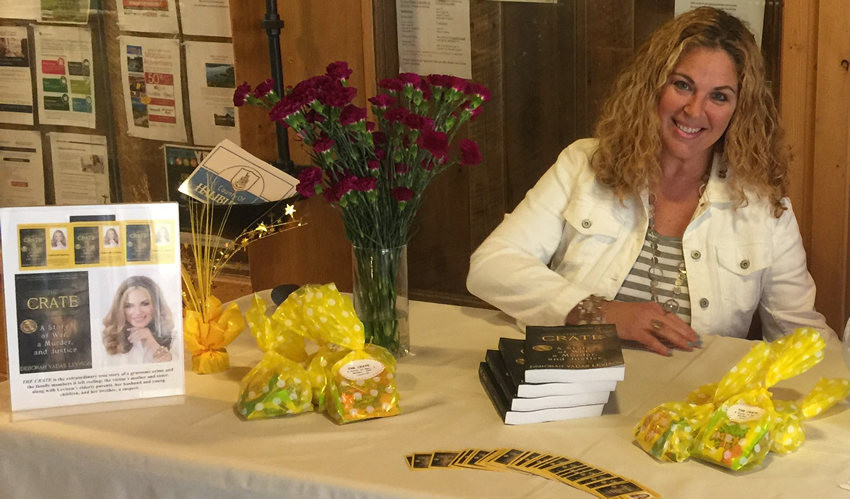 What’s next for Levison? A new thriller, of course. After a few chapters, she says she’s not completely happy with it yet but will persist. “My sons, who are athletes, are full of inspirational quotes about the value of persistence and the importance of dusting yourself off.” Great advice for all writers!