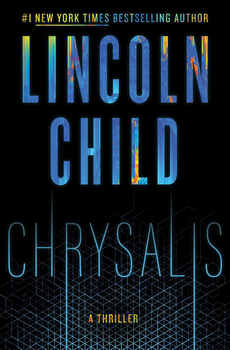 New York Times bestselling author Lincoln Child started his writing endeavors in second grade when he penned a short story entitled “Bumble the Elephant.” Mysteriously, the work appears to be lost to time. (Editorial note: that sounds like a conspiracy if you ask me.) That passion for the written word continued during Child’s formative years as he kept writing short stories and even graduated to a full-blown science-fiction novel in the tenth grade. Upon graduation from Carleton College with a major in English, Child secured a job as an editorial assistant at St. Martin’s Press, and several years later, the role led to a full editorial position.

Child’s career in publishing soon led to novel collaborations with Douglas Preston before Child began a solo writing career in 2002 with the release of Utopia. More than 20 of the collaborative novels and most of his solo novels have hit the bestseller list, a few reaching the coveted #1 position. Child and Preston’s first collaboration—Relic—was made into a feature film.

Fast forward to present day, and Child’s latest novel featuring Jeremy Logan—famed enigmalogist, or investigator of unexplained things—hits shelves July 12. CHRYSALIS (the sixth in the series) is centered on a dominant tech company whose groundbreaking technology is not only redefining life as we know it; it’s set to introduce the world to a catastrophic danger.

With interests that span the gauntlet from music to motorcycles and hiking to bow ties, the team at The Big Thrill’s Behavioral Analysis Unit is eager to read Child’s answers to our 20 thought-provoking questions.

Perfect ignorance. Professor Pangloss was on the right track.

I’m afraid to even consider the question. Sorry.

Flight. “Faster than a speeding bullet…”

Sleeping in—though I might argue whether that’s wasted time or just meditation while in an unconscious state.

A member of the landed gentry, preferably titled.

You don’t really expect me to answer that?

Who, actually, not what. She’s 26 years old at present.

Probably Lord Harry Wotton from The Picture of Dorian Gray. Only superficially, of course…

Members of our armed forces.

Evasiveness, at least when answering questions about myself.

An old saw, I’m afraid: Find the line in your current work you’re proudest of, and then delete it—invariably it’s trite. Easier said than done, of course.

Old Raj martini, up, extra dry, well shaken, with a zest of lemon and served in a cocktail glass cold enough for my tongue to freeze to.

Mellifluous—I only wish it had more ‘L’s.

A very difficult question. From my perspective as a writer, I would probably say Thomas Harris, for his first three published novels.

Crudely translated from Virgil: “Someday it might be pleasant to remember even this.”