Found in the City of Lost Souls 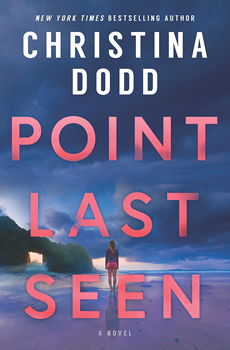 In her new thriller, POINT LAST SEEN, bestselling author Christina Dodd takes readers to Big Sur on the California coast and the town of Gothic, “City of Lost Souls.”

Adam Ramsdell has lived in the tiny town of Gothic for five years, but he’s still practically a stranger to most. He keeps to himself. But the odd thing is, whenever one of the town’s residents is in trouble or needs a hand, Adam is right there to assist.

Madame Rune is the town’s resident psychic. After enlisting Adam to reenact a joust for the upcoming psychic festival held in Gothic every year, she also tells Adam that his “aura is turbulent,” and he will find “a lost soul coming to challenge his being” at the sea. When he follows Rune’s advice to go to the seashore, he sees a large object, draped in black plastic, lying in the surf. Just ocean junk, he thinks. But when he feels compelled to investigate, a wave moves the object, and a woman’s arm flops out.

Elle drowned in the ocean, dead when Adam found her. But as he carries her over his shoulder to save her body from the seabirds, she vomits seawater and starts breathing again. Covered in bruises and cuts, it is obvious someone had beaten her. But she can’t remember anything—who she is or how she got there. The only thing she knows is that her name begins with Elle.

As Adam cares for Elle, he and Madame Rune struggle to help her remember her past, all while Elle makes fast friends with the residents of Gothic. Adam has kept his tragic past a secret, but because of it, he knows he should remain vigilant. Someone hurt Elle, and they might want to finish the job. As Elle pieces together her identity, Adam and the town realize the danger is just beginning. They each have secrets that might tear their lives apart.

Here Dodd chats with The Big Thrill about how the story came to be, her love of the California coast, and her advice for getting your writing time in.

What was your inspiration for the plot in POINT LAST SEEN? 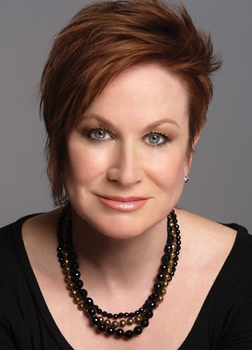 Not inspiration. Desperation. I imagined the opening of POINT LAST SEEN years ago as a start to a historical novel: a woman rolls in on an icy surf, seemingly dead, then comes to life and doesn’t know where she came from… or so she says. I never could find the story to fit that scenario, but like all great ideas, it hovered on the fringes of my mind.

(Sigh). Then, in early 2020, I was writing a thriller where the heroine was fleeing an international art critic/killer by working on a cruise line. I loved the story! I was having a great time writing it! Then the pandemic hit. I had 100 pages of a novel, the cruise lines had shut down, and I didn’t know if they were going to revive or not. What to do?

I faced this writing crisis with maturity and grace. I stomped around, spit out an amazing number of inventive swear words, and after that tantrum, faced the hard truth that my book was not the most important matter in a world-wide crisis, that other people such as the ill, the folks in the medical field, and those who lost family and friends had it much worse than I did. Because I’m a working writer, I went looking for a different plot. I’d already been dealing with an ocean-driven story, so I remembered my old, unused, beloved opening and created POINT LAST SEEN.

Because I wrote POINT LAST SEEN in isolation as civilization faced the biggest medical crisis in over 100 years, I set the story in a post-pandemic world. The plot seemed heightened by my own worries about me and those dear to me, and the writing was more intense.

How did growing up in central California and vacationing in Big Sur influence your writing and this book in particular?

I grew up in the San Francisco Bay Area, and the first time my mother and I drove the scenic Pacific Coast Highway, Big Sur captivated us with its frothing waves crashing against rocky cliffs, wide stunning views, and mystical forests that whisper and roar in the ocean breeze. A visit to San Simeon (Hearst’s Castle) cemented my sense that here, in this place of wealth and wildness, anything was possible.

Dodd on the Seattle ferry

When I looked for a glorious, isolated spot to build a quirky, fictional town with the legend, “On stormy nights, Gothic is said to disappear, and on its return, it brings lost souls back from the dead,” I thought of Big Sur, that ancient area still immune to civilization.

I’m pretty consistent with my message: No matter what the challenges, if you use all your intelligence, courage and persistence, in the end you’ll win all. POINT LAST SEEN is about putting one foot in front of the other. Translating that to life is important. Of course, life isn’t a book. It’s a journey, and we have to keep walking.

You started writing with a new baby at home, and then it took 10 years to get published (with two kids). What advice can you give other writers, especially those raising a family? 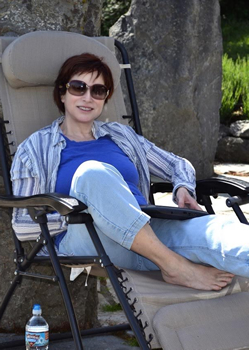 Dodd writes in her stone circle.

Failing that, the advice I give every person who wants to write is to sit down and write! Take a chance. Give yourself permission to be awful. That’s what I did. I still have pages and pages of awful hidden under a figurative bed. When you put enough words on the page, enthusiasm becomes craft. You learn how to create story. You learn how to bring the reader into the character, feel their emotions, relate to their goals.

Raising a family while writing is a special challenge because there’s seldom unclaimed time. When I wasn’t doing kid stuff (definition: cooking, cleaning, driving, working, listening, coaching, etc.), I wrote. A few sentences here and there add up to pages, and pages make a book.

Also, life happens. Your parents grow old, your child breaks a limb… bad things occur where you don’t have the time or energy or emotions to put into the writing. If you have to take a chunk of time away, the writing will always be there. You can always go back.

That’s hard for a lot of us to accept, especially because when people find out you’re a writer, they insist on giving advice, and it’s always an immutable—stupid—rule like, “You’re not a real writer unless you write every day.” Really? I don’t write every day, and I’ve written short stories and novellas, and POINT LAST SEEN is my 59th published full-length novel.

I know a lot of writers who have had lengthy, successful careers. They write using a lot of different methods. In my career, if I was having trouble getting words on the page, I’d change my work habits. I once wrote a book backward; no reader ever noticed, and it hit the New York Times bestseller list at #9. As W. Somerset Maugham said, “There are three rules for writing a novel. Unfortunately, no one knows what they are.”

Also, I can’t say it often enough—the most important thing an author can have is a brutish belief in her/himself and her/his talent, and she/he can never ever allow the facts to change that faith.

You’re such a prolific author. How in the world have you written so many books?

I fought hard to learn to write, to convince myself I was mentally tough enough, and to get published. It’s my job, the job I chose, and I love it. I’ve always loved to read, I’ve always made up stories, and converting those stories into words that take a reader to a different time and place and let them experience emotions and events—that’s thrilling.

Not that I sit down every day and the words gush forth. Writing is a job, and some days are challenging. Every morning I edit what I wrote the day before. I throw entire scenes away. I edit as I work, and I edit the complete book before I submit it. Of course, after it’s submitted, there are the changes suggested by the editor, the copy edit, the sensitivity read, and the final read… as I work on a new story. 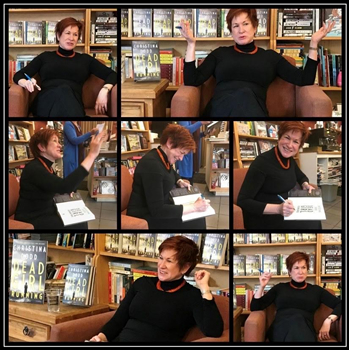 Dodd participates in a series of events to promote her 2018 thriller Dead Girl Running.

A novella: An audio exclusive publishing in January 2023, “Welcome to Gothic,” your typical romantic suspense time travel with Hollywood glitz.

A second Gothic suspense thriller, a standalone, Forget What You Know, will be released in March 2023. Someone is trying to kill a successful flower breeder. I fell into the story when I read a book about the world of flower sales and realized the money to be made in breeding a profitable blossom. Great fun to research!

Your husband is a man of many home projects. Has he built your fountain yet?

No, instead he built a tomato house to foil the population explosion of songbirds, squirrels, mice, and rabbits. We also have bobcats, coyotes, hawks, and owls. It’s like living in a Disney movie, but the creatures never clean the house or make clothing.