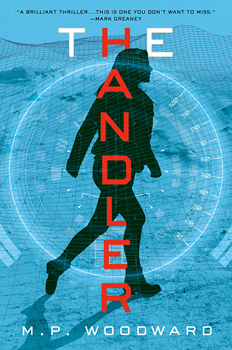 THE HANDLER, by M. P. Woodward, is a thriller debut you shouldn’t miss.

For years, a well-placed mole has sabotaged Iran’s nuclear weapons program. Now he is blackmailing the US with one demand: to be brought to safety by the only man at the CIA he ever trusted, his former handler, John Dale. The problem is, Dale has left the CIA and wants nothing to do with the agency after being blamed for a failed ISIS raid. To persuade Dale to return and rescue the mole, CIA Senior Case Officer Meredith Morris-Dale, John’s ex-wife, will have to do whatever it takes to bring him back into the fold for this one final mission. Morris-Dale is an expert handler—but will she be able to handle her ex?

We agree! After biting our nails through every suspenseful word, we had to know more. Woodward gave us the lowdown. 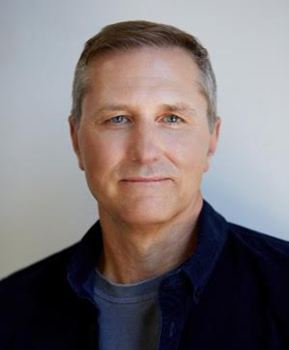 The gripping accuracy of this story is drawn from Woodward’s expert background in the military and subsequently in international business with Amazon. “As an intelligence officer, I worked with a wide variety of people—fighters in nearly every military discipline—pilots, submariners, Marines, SEALs, and intelligence people from other agencies,” he says. “Further, I was assigned to the admiral’s staff of the US Indo Pacific Command, which includes all branches of military service.”

Woodward also served as liaison to allied military commands from time to time. “In short, I was put in a position to observe all kinds of people who were working on a variety of big, global problems. This was a fortuitous quirk of fate for me—but it reinforced the core writing idea I’ve always had that regular people can have an outsize influence on major events.”

Real events with a fictional, behind-the-scenes twist inspire his stories. “The characters are meant to resemble regular people with significant human flaws—not superheroes. They and their organizations make honest policy mistakes because they have incomplete information, which only deepens the crises. My aspiration is that the story reads like something that could have actually happened,” Woodward says.

The real-life event that inspired THE HANDLER was Iran’s shooting down of a civilian Ukrainian airliner just after it took off from the Tehran airport in 2020. “It killed hundreds of perfectly innocent civilians, many of them kids headed back to college in Canada,” Woodward says. “As a father with kids in college myself, I couldn’t help but think about how the families of those Iranians must have felt. Then, when I thought about the potentialities of their place in the larger conflict between the US and Iran, the story blossomed for me.” 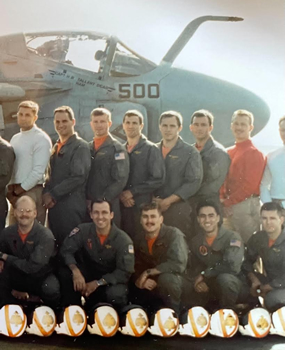 In THE HANDLER, intelligence professionals experience all the day-to-day problems of ordinary people. “Sure, they’re in extremis, but they have regular things to worry about—office politics, kids driving them crazy, money problems, petty jealousies. The people ‘in the middle’ you never hear about have a significant influence on events.”

That the two main characters, current spy Meredith and former spy John, were once married complicates the story. Woodward says he met his wife in the military and has known other similar couples. “In some relationships, the line between professional and married life may get blurry and could have the potential for conflict,” he says. “While I didn’t serve in the CIA, I do know (from several published memoirs) that the demands of that cloistered service often lead to intra-Agency romance.”

Woodward gives Meredith the lead role. “I felt strongly that it would be interesting to have the woman be the more career-centric person in the relationship. With her strong sense of duty, Meredith triumphs through sheer force of will, as opposed to physical brawn. Yes, I know she’s fictitious, but I find her mental toughness inspiring.”

On the opposing side are spies from the Russian SVR. The closing of the Russian consulate in Seattle in 2018 fired Woodward’s imagination. “The advanced tech these spies use to track and cause trouble for Meredith and John is the reason some of the SVR ops in the book take place in Seattle. Second, as a tech executive, I am familiar enough with technology to know how someone might go about spying on people in the US,” he says. “The operations I describe are fictitious but use commercial, non-classified technology that would be available to anyone with a budget. My background in Internet technologies is helpful for that realism, I hope.”

As for Rahimi, the fictional nuclear scientist, “I have known many Persian people who are dismayed with the current Islamic Republic of Iran but feel powerless to do anything about it,” Woodward says. “Providing someone that power was the basis for Rahimi. Of course, I don’t know if that’s happening in the real world, but I’d like to think there are courageous people of conscience everywhere, in every country, trying to do the right thing.”

Woodward’s post military career with Amazon in media streaming and international business development also contributed to his success as a writer. “Amazon, rather famously, keeps a maniacal focus on its customers,” he says. “As a writer of fiction, I try to think the same way about my customer, my reader. That means keeping a story as tight and entertaining as possible. I want readers to feel like they got a story that was worth the price of admission and that they would come back for more. Since tastes differ, I might not always hit the mark for everyone. But I think a high level of customer satisfaction is the right aspiration, and I try very hard to deliver it. Amazon taught me that.” 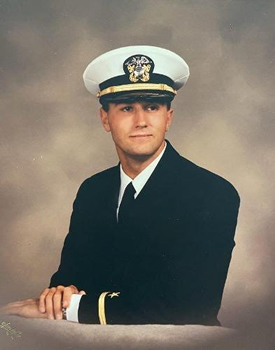 For Woodward, “Fiction is the story behind the story. That’s where you get to learn about the individuals who moved something forward. You get to know about them, to see how they think, what they feel, and the personal opportunities denied or gained from their actions.

“If the reader understands what the character is thinking, then the reader can see why the surprising event, or twist, occurred—which makes it all the more satisfying. The trick for the writer, I think, is to reveal only so much information as to make the scenario plausible—and to leave out enough back-story that the reader can be surprised.”

Woodward loved reading as a child. The 1978 version of the movie Midway with Edward Layton ignited his desire to become a naval intelligence officer. Authors who inspired him include Patrick O’Brien, Herman Wouk, C.S. Forester, James Michener, Leo Tolstoy, and Ayn Rand. He wrote a novel manuscript while serving in the Navy and another as a tech executive. “Both efforts failed because I hadn’t yet analyzed the makings of a good story,” he says.

What made the difference for him was learning from content creators and film executives at Amazon. “Watching them, I thought more about approaching storytelling as an entertainment product. With years of business experience by then, thinking about the book as a product helped me think about the best ways to satisfy a reader.” 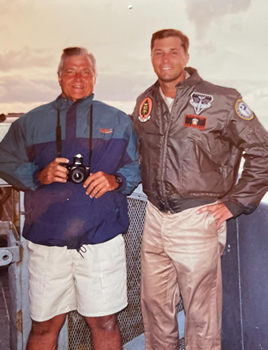 In January, 2020, he began writing THE HANDLER on planes and in hotel rooms while traveling for Amazon. He finished by July of that year and began submitting the manuscript to agents. By early 2021, he had signed with his dream agent, Scott Miller of Trident Media. “To my surprise, Scott understood every single nuance of what I was trying to do with the work,” he says. “Within a few days of meeting him, he introduced me to Tom Colgan at Penguin Random House, who is now my editor. Tom not only understood what I was trying to do with the novel, but also had a vision for where it could go. I couldn’t believe how in-sync these masters of the craft were with me! The overall partnership for publication was finally sealed last spring. I am eternally grateful to Scott and Tom for taking a chance on me.”

He advises aspiring writers to “Step outside yourself and think like a reader. Ensure that you’re providing a solid package of entertainment, like a movie. Every word on the page should have to earn its place and drive the story. That can only happen after a truly heartless self-analysis.”

As for the real-life events that give rise to his stories, Woodward says, “In my opinion, the ambitions of the imperialist axis (Russia, China, and Iran) are very dangerous and a threat to global freedom. However, I think a major global conflict can be avoided if the liberal democracies—led by the United States—strengthen the security tools to counter these threats.”

Of his next book after THE HANDLER, Woodward says only that it’s based on “a tragic international conflict. No rest for them. Or me.”