Is This Where We’re Headed? 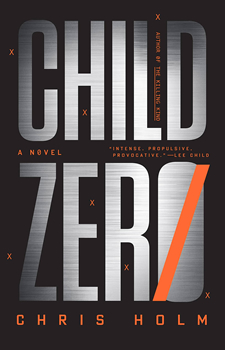 Anthony Award winner Chris Holm delivers a chilling dose of what the future may hold in his latest thriller, CHILD ZERO, which launches on May 10.

Four years after a virus was unleashed by climate change from the Siberian permafrost, it has infected bacteria around the world, rendering antibiotics useless. Meningitis, cholera, tuberculosis, and all the other bacterial infections thought to have been conquered in the twentieth century have come roaring back with devastating results. Even a minor scratch can be deadly. Then on August 17, 2027, New York City endured the worst bioterror attack the world had ever seen. Now, three years later, Detective Jake Gibson, whose wife died in that attack, investigates a gruesome mass murder in a shantytown of homeless people living in Central Park. To his surprise, Gibson discovers that even though the victims lived in abject squalor, they were in perfect health when they died. His only hope of finding answers lies with a 12-year-old biracial immigrant boy from the camp, who has escaped and is running from dangerous men.

New York Times bestselling Author Tess Gerritsen calls this story “a thriller that truly thrills . . . with warp speed pacing and frightening medical details.” Edgar Award winner Lou Berney says it offers “a convincing glimpse into the future that may well await us, while at the same time telling a deeply compelling story full of heart.” 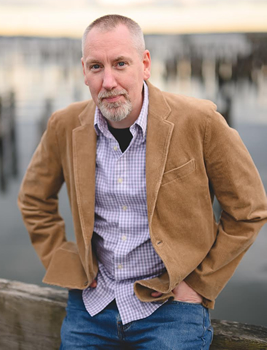 When our goose bumps finally calmed down, The Big Thrill contacted author Chris Holm to find out more.

“Scientists have been sounding the alarm about the imminent collapse of the antibiotic era for years, but their warnings have largely been ignored,” Holm says. “Probably because laypeople fail to grasp the enormity of the threat. That’s where I come in.”

Before Holm began writing full-time, he was a molecular biologist and made several important discoveries, including a virulence factor that contributes to amoebic dysentery. “The way I see it, my background and experience make me uniquely suited to paint a vivid picture of the terrifying reality of a post-antibiotic world—and, by doing so, maybe educate readers about a looming crisis before it’s too late.”

Holm’s writing career started early. When he was in first grade, he wrote a short story that got him sent to the principal’s office. “I should note that my principal claimed that he enjoyed my story very much, so the experience wasn’t as traumatic as it sounds, even if his true intent in talking to me was to find out what kind of demented six-year-old writes a sci-fi horror story called ‘The Alien Death from Outer Space.””

Holm grew up in a family of avid readers but never dreamed he could make a living as a writer. Instead, he chose a more practical career in the biological sciences. He was studying for a PhD when he realized he really wanted to write. In 2001 he dropped out. 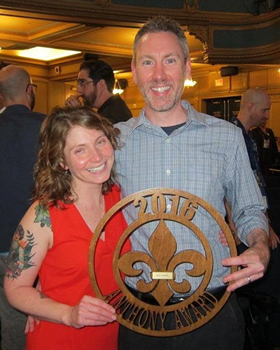 “I didn’t have any mentors or know a single published author socially,” he says. “What I did have was a lifelong love of genre fiction, a supportive partner with a keen editorial eye, and a heaping helping of stubbornness.”

By 2007, he had finished a novel, which wasn’t published, but one of his short stories appeared in Ellery Queen’s Mystery Magazine. A couple of manuscripts later, his novel Dead Harvest debuted in 2012.

“In 2011, a short story I wrote was selected to appear in The Best American Mystery Stories, so my agent encouraged me to expand it into a novel,” he says. “I was convinced it’d be my breakout. I didn’t hear from her for seven months, and when she finally responded, it was to tell me she considered it un-publishable. Needless to say, we parted ways, and I began querying again—convinced I’d blown up my nascent literary career. That novel, The Killing Kind, landed me an amazing agent, my dream publisher, and the 2016 Anthony Award for Best Novel. Stuff like this is why authors who’ve been around the block a couple times rightly insist a bad agent is worse than no agent at all.

“I envisioned CHILD ZERO as an homage to the high-concept thrillers of Michael Crichton, but the fact is, you could probably say the same of my career,” he says. “Crichton, for all his faults, was a fearless writer who followed his muse wherever it led and trusted that his audience would follow. I aspire to do the same.”

CHILD ZERO began, Holm says, “As a premise in need of a plot. Going in, I had a handle on the world building, but not the story—so the greatest challenge was crafting a satisfying narrative rooted in character that would fit within the framework I’d devised. Oddly, that also proved my greatest satisfaction, because every character in the novel emerged organically from countless hours of research, as opposed to springing fully formed from the depths of my own psyche. I’d like to think that imbued them with greater nuance, depth, and capacity to surprise.”

Holm works seven days a week on his laptop on his couch surrounded by cats. He edits as he goes. Although character usually comes to him first, with CHILD ZERO, he began with the premise and had to imagine the characters. “I spent a couple years trying to force them to talk before realizing it was no use. Eventually, thank God, they found their own voices. In a way, it was like gardening, because they needed tending, but also space to grow.” 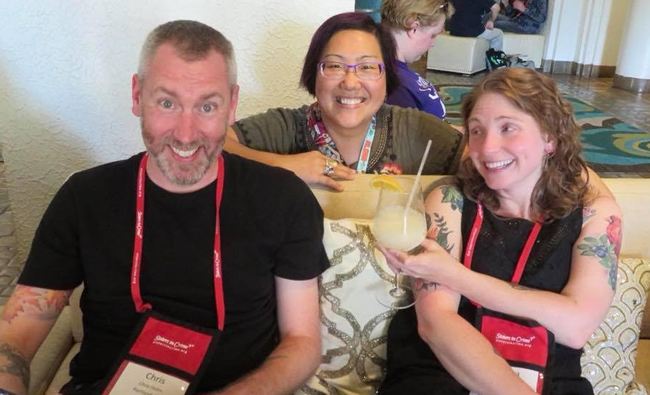 His characters come from diverse backgrounds. “To be clear, I’m not—nor, by omission, would I wish to misrepresent myself as—a writer of color. Mateo’s identity as a child migrant of mixed race is essential to the story for a number of reasons, both scientific and thematic, but the responsibility of portraying him (or hijabi detective Amira Hassan, or nonbinary medical examiner Xuan Nguyen, to name but a few) respectfully from a place of privilege is something I took very, very seriously,” he says. “In my fiction, I aim to accurately represent the world in which I live, but good intentions are no substitute for lived experiences, so I attempted to anchor every biographical detail of my marginalized characters to firsthand accounts from their many real-world equivalents. It’s not for me to say if I succeeded, but I found the process tremendously rewarding because it brought the characters to life inside my head.”

Holm continues, “I’d also like to take a moment to acknowledge two organizations working to achieve greater representation within the crime fiction community: Crime Writers of Color (crimewritersofcolor.com) and Queer Crime Writers (queercrimewriters.com). Anyone looking to diversify their TBR piles—or, for that matter, their literary events—would do well to check ’em out.”

We asked Holm what he would like to see happen in real life so we can avoid the medical meltdown he depicts in CHILD ZERO. 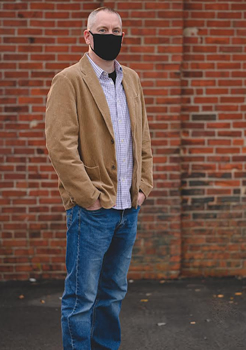 “We need to become better stewards of the antibiotics at our disposal by curtailing unnecessary prescriptions and agricultural overuse,” he says. “Better sanitation and increased vaccination rates would go a long way toward reducing the number of bacterial infections in humans and animals, while faster, cheaper diagnostic tools would ensure our antibiotics are more strategically employed.

“We also need to get new treatments into the pipeline, which means incentivizing the development of novel antibiotics and vaccines, as well as research into such promising avenues as probiotics, immunotherapy, and phage therapy.

“And we must reject the nationalist tendency to assume our interests and responsibilities end at our own borders. As COVID-19 has so chillingly demonstrated, we’re all in this together, so it’s high time we start acting like it.”

Holm has three new projects on his plate at present.

“All three stories I’ve carried with me for years, in one form or another—an alien abduction story, a small-town murder mystery with supernatural elements, and a near-future conspiracy thriller centered on the quantum-computing arms race,” he says.

We’re down for any—and all—of them.