Everyone Knows Something They Won’t Reveal 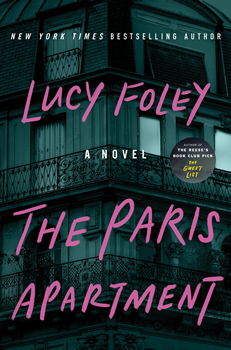 Imagine going to visit your brother, but when you arrive, he’s missing. That’s what awaits Jess Daniels when she travels from England and comes late at night to THE PARIS APARTMENT, where her half-brother Ben lives.

All she wants is to stay with him for a while so she can make a fresh start in life. Instead, she soon meets the fascinating but elusive inhabitants of the old but still elegant building. None are friendly or helpful. Not Sophie in the penthouse, Mimi from the fourth floor, Nick on the second floor, the mysterious, old concierge, who lives in a tiny but separate cabin, or any of the others. None admit knowledge of her brother’s whereabouts either, but Jess feels they must know something. As she investigates, Jess learns Ben, a journalist, was working on a story—and it could be one that kills him.

THE PARIS APARTMENT is the sixth of Lucy Foley’s highly acclaimed and gripping psychological thrillers. In this The Big Thrill interview, Foley found time in her busy, pre-launch schedule to fill us in on how her latest novel came to be.

Foley stayed in a “wonderfully spooky old Parisian apartment” while finishing work on her last novel, The Guest House. “There were lots of creepy, intriguing noises from the apartment above at odd times of night,” she says, “Like something heavy being dragged across the floor—eek!” Her imagination whirred. “I wanted a fresh take. Could I have a place that felt somehow remote and cut off even in the middle of a bustling capital city?”

Indeed, she could. And so the creaky old apartment building became a creepy character in the story. Foley loves old buildings and their histories. “The lives they have held within them and also their quirks and secrets: hidden spaces, second staircases, boarded up rooms, basements and attics—all fascinating. I wanted to convey a real Gothic sense of the apartment being like some kind of beast, swallowing the residents. A kind of puzzle box for the reader to explore.”

Paris turned out to be a terrific location. “I think there’s such an idealized, romanticized vision of Paris, and I wanted to break through, look at the grime and darkness beneath the gilt.”

As for the characters, “I wanted to play with the Rear Window-esque elements of the story, to give a sense of peering into other lives, to look at the uncomfortable, even claustrophobic experience of living in a big city cheek-by-jowl with a bunch of strangers—an experience so many of us have had—and give it the murder mystery treatment.” 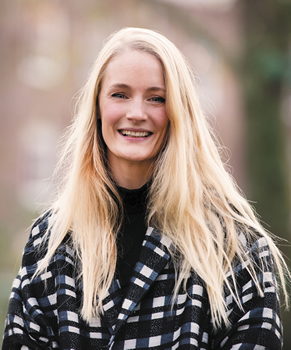 Foley isn’t sure where the apartment building denizens came from. “I just started hearing their voices in my head, growing an idea of who they are. Only Jess came to me pretty much fully formed—I had such a clear idea of her from day one. I try to plot, to save myself from too much reworking and plot holes down the line, but as soon as I start writing, things start changing—and I love that.”

Each character tells their story. Foley says, “I love the confessional nature of first person. It feels close, intimate, privileged. I love the unreliability of it, too: while we’re in one character’s narrative, we’re only able to see their version of events and their rationale for acting the way they do—everyone, after all, is the hero of their own tale. And everyone keeps secrets—even from themselves.”

Foley loves difficult women, especially the main character of THE PARIS APARTMENT, Jess. “Oh, I think she’s a wonderfully difficult woman! She’s messy and flawed, she makes loads of mistakes—she lies and even steals… and yet she’s undoubtedly the hero of this tale. She won’t take no for an answer—which is a hallmark of so-called ‘difficult’ women, she’s tenacious and brave and makes herself a real pain in the ass to the other inhabitants of the apartment building. She’s got a lot of darkness and pain in her past, she has trust issues and trauma, yet she is never a victim. I hope the reader loves her even a fraction as much as I loved writing her.”

Jess finds herself in the middle of a veritable Gordian knot of twists. “A couple of the big ones came to me in advance,” Foley says. “A couple came while writing—I had a few spine-tingling ‘aha’ moments. I’m not sure how to talk about these without spoilers, so I’ll leave them for the reader to discover for themselves…”

Clearly, Foley’s excitement for this story translates to the page and helps keep her story fresh. “I think it all comes down to excitement. If I’m excited, it’s because the story feels new and fresh and different, and I want to see where it leads—which hopefully suggests the reader will too.”

Foley’s writing career began in the publishing industry, where she was a fiction editor. “I was inspired by working in an environment in which stories were discussed every day—with great seriousness! I saw manuscripts at every stage of the publishing process, including those messy first drafts. I had to learn to be brave, to step outside my own experience, to travel to other worlds and eras (I wrote historical fiction first), but also not to be afraid of putting a little of myself into every book and each character, even the unpleasant ones,” she says. “I came to thrillers in the same way: by trying to write the book that I, as a reader, wanted to discover. I didn’t really think in terms of genre: it was more organic and serendipitous than that. I’d never rule out trying another genre.” 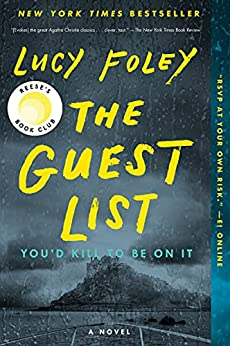 For the former editor, the most challenging aspect of writing THE PARIS APARTMENT was “trying to write about Paris while stuck in the UK during the first lockdown of 2020,” she says. “It was simultaneously the most rewarding, though, as it meant I got to travel in my imagination, via the page: to imagine a place of crowded bars and metro carriages, ease of movement. The easiest aspect of writing the story probably was writing Jess—her voice just came to me so clearly.”

Foley’s happy place is writing her first drafts. She aims for about 2,000 words or eight notebook pages per day. “It’s messy and free and beautiful and what I like most about writing. What I like least probably is the editing process—it’s painful and exacting. I have to answer for those mistakes I made in the first draft, but it’s also so necessary—it’s really where the book is forged.”

Foley began her fiction career with The Book of Lost and Found while still working in publishing. “I was so nervous about outing myself as a writer in the industry in which I worked that I only submitted the manuscript to agents I’d admired from afar but hadn’t had any personal contact with professionally,” she says. “I went through the usual channels: submitting three chapters and a synopsis, and I was lucky enough to meet with my agent pretty quickly after that: we just clicked, and I knew she got me and my writing. She drew up a list of dream editors, and we went from there. I knew my editor was the one for me because I loved her vision for what the book could be and because she sent me a mock-up the whole team had made of an artist’s sketchbook that is crucial to the story in The Book of Lost and Found. It blew me away! She’s still my editor to this day.”

Ever mindful of others, Foley advises aspiring writers to write the book they want to read. “If you’re excited about it, chances are others will be too. It’s what has worked for me over and above anything else.”

Next on Foley’s agenda after the publication of THE PARIS APARTMENT is a story she describes as “Miss Marple meets Soho Farmhouse meets The Wickerman… make of that what you will! Watch this space…”

And we certainly will.