Staying the Course During Stressful Times 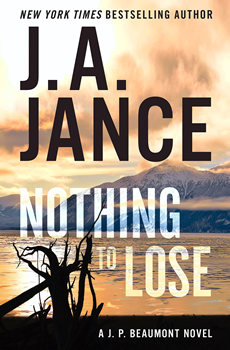 After two years of a pandemic disruption with numerous lockdowns, countless lives lost, and a weakened economy, any writer would be well justified in taking a break. But author J.A. Jance hasn’t done that. She’s weathered the journey of adult children and grandchildren coming down with the virus and, like so many others, suffered the loss of important people in her life. She “lost friends and relatives,” she says, some from the pandemic and some “due to the inevitable process of growing older.” Yet this septuagenarian author has managed to avoid the illness so far, and it seems one key thing has helped her: focus.

Jance simply soldiered on during the pandemic. She finished two novels and is currently working on a third. She admits her last book was tough with it feeling as if it had been written by someone else. (She’s in the midst of reworking the sensibility of it now.) Short writings have also grounded her, she says. “I’ve continued to write my weekly blog at jajance.com, hopefully spreading a few words of kindness, humor, and good cheer every Friday morning.”

We all could use more kindness and good cheer during these trying times. And that Jance has written a new chapter in the life of our favorite detective, J.P. Beaumont, is a reassuring gift. 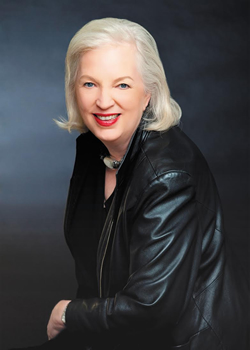 In her new novel, NOTHING TO LOSE, the 25th book in the J.P. Beaumont series, we find Beau investigating a missing man who happens to be the son of his late partner, Sue Danielson. Sue was shot by her ex-husband, and the heat-of-the-moment choices Beau made on that fateful night still haunt him to this day. That’s why when Sue’s younger son, Jared, knocks on Beau’s door in need of finding his missing brother, Beau doesn’t think twice about taking on the case.

It’s a magnetic story with Beau traveling to Alaska, encountering the eccentric characters who often live in that cold, remote state, and following the tidbits of information he discovers. While an unreported missing person case might fall flat from a lack of drama, in Jance’s capable hands, the story propels forward with intrigue as it deftly reveals relevant clues and delves into Beau’s tormented psyche. That we end up with an intense climax and the fresh character of Twink Winkleman add up to a satisfying conclusion. This book is no waste of a reader’s time.

The Big Thrill talked with Jance about revisiting J.P. Beaumont’s story, the Alaskan landscape, writing inner regret, and a particularly cool vehicle that almost functions as its own character.

NOTHING TO LOSE focuses on retired Seattle detective J.P. Beaumont. He’s now living in Bellingham, Washington, a forested college town with a lot of history. Was there a particular reason you chose Bellingham for Beau to retire in? Any personal connection?

My only personal connection to Bellingham is doing book signings at Village Books in Fairhaven. My husband and I have spent lots of Sunday afternoons and evenings both before and after events exploring the near neighborhood. That’s why Mel and Beau ended up buying a place there. It’s the only Bellingham area with which I’m familiar. 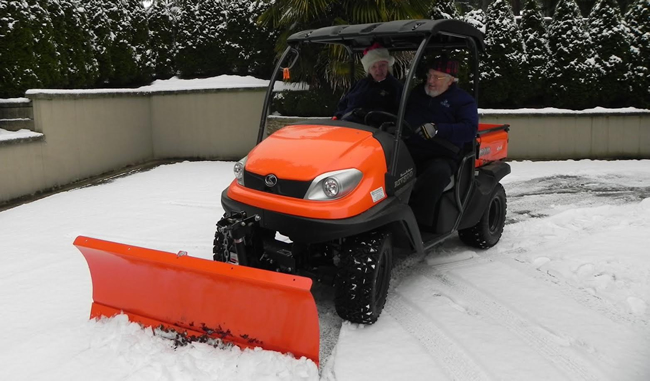 Jance and her husband, Bill, take their snowplow out for a spin.

Bellingham is also the gateway to Alaska as that’s where people catch the ferry to Ketchikan and beyond. What’s your relationship to Alaska? Have you visited or lived there?

When it comes to Alaska, I’m what Alaskans would call a Cheechako—an outsider. I’ve visited there three times on cruises and once for Left Coast Crime. Diana Conway, one of my childhood friends from Bisbee, lives there, as does Niesje Steinkruger, a retired Alaska judge who is the mother and grandmother of our next-door neighbors here in Washington. Both of those women were incredibly helpful when it came to getting my Alaska details right, and any errors in that regard are entirely my responsibility.

Alaska is a rugged state. The character of Twink Winkleman embodies Alaskans to me. She’s grizzled and independent and strong. Did any real-life person inspire her character?

Twinkle Winkleman is entirely a product of my imagination, but as soon as she walked into my head, she made me laugh. Like Beau, I expected Twink would head back to Anchorage the moment she dropped him off in Homer. Happily, both he and I were wrong about that, and she’s still on hand for the crashing climax.

She also drives a cool old wagon-truck called a Travelall. Have you ever owned or driven one of those? 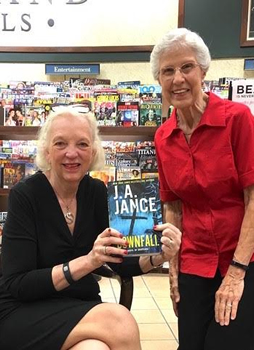 Jance with a reader at a Barnes & Noble signing in Tucson

My husband loves cars, and one of his favorite television shows was and is Wheeler Dealers. It’s about two guys who buy, rehab, and then re-sell old cars. Last year, one episode was about a Travelall. Travelalls were built by International Harvester in the fifties, and that model was the predecessor of the Suburbans and Explorers that came along later. I was really intrigued by that rugged old car, and that’s what I gave Twink to drive, even copying the color scheme and the rooftop luggage rack on the one that was on the show. That’s what happens when I’m writing. Things that pass in front of me while I’m creating a book often end up appearing.

In the story, Beau feels obligated to find his old partner’s son who’s gone missing but has never been officially reported missing. Was that idea of an unofficial missing person case like any real-life case you knew of, or was that a result of your own imagination?

In March of 2022, I will have devoted 40 years of my life to writing murder mysteries. I’ve never been in law enforcement, although I did go through citizen’s academy training once back in the mid-nineties. I watch a lot of true crime on TV in order to keep pace with changes in forensics. For example, when I started writing, blood evidence found at crime scenes could be typed but that was it. DNA was not yet usable as evidence, and AFIS—the Automated Fingerprint Identification System—didn’t exist.

In the process I’ve learned that missing people are often … well … simply missed. Adults have every right to walk out of their lives should they so choose. Oftentimes people go missing, and no one, other than concerned family members, really go looking for them. In this case, everyone thought they knew where Chris was, so nobody went looking.

The arrival of Jared Danielson stirs up a lot of dark emotion for Beau. It’s impressive that after over 20 J.P. Beaumont books, you’re still able to give him internal conflicts. Or is that the advantage of writing one character for many years? You have a long history to work with. 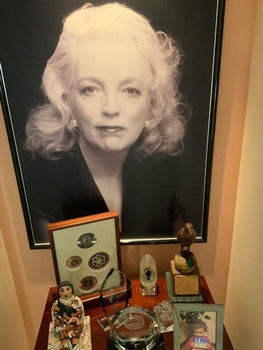 A collection of Jance’s awards, including a Bouchercon Guest of Honor trophy and a Strand Critics Lifetime Achievement award

The long-ago death of Sue Danielson, Jared’s mother who was also Beau’s partner at the time, was a watershed moment in Beau’s life. It was what propelled him to pull the plug on his career with Seattle PD and sent him down a new path. That event has been lurking at the back of his mind ever since. That means it’s been at the back of my mind, too.

I began working on the first Beaumont book, Until Proven Guilty, in 1982. His stories are told in the first person. After starting one of his books, within a matter of a few pages, I’m back in his world and in his mindset. His wry sense of humor sometimes makes me laugh aloud. So yes, that is a real advantage of working with one character over a period of decades. I know him almost as well as I know myself.

The character of Harriet Raines makes a brief but vivid and memorable impression. Can you talk about how you approached her character as well as character creation in general?

Sometime in the seventies, a friend from the reservation, Loretta Hawk, brought her mother, a Quinault [Native American], to visit at my home in Bisbee. One morning, the mother opened her purse, spilling out a whole collection of one-ounce booze bottles. “Well,” she said, looking at me, “you just never know when you’re going to wake up and it will be Sunday morning.” (At the time, liquor sales in Arizona weren’t allowed before noon on Sundays.)

I’m quite sure Loretta’s mother was the inspiration for Harry Raines. The funny thing is, I didn’t figure it out until you asked the question. That’s part of the magic of writing. Things go into books without the author necessarily noticing at the time.

I’m always impressed by how well you account for police procedure issues. Has that come from years of research and writing crime, or do you have a personal expert you rely on?

I’m a recovering librarian. I know how to do research, and I do a lot of it.

What’s on your mind lately? Have you been inspired by any recent current events for a new story?

If you’ll pardon my saying so, current events are not particularly inspiring, so when I’m searching for a new story, I go looking inside my own head.

What do you hope 2022 brings for you and/or the rest of America in general?

I’m hoping we’ll manage to recover some sense of normalcy. I miss book tours and events. I miss meeting my fans, and if I’m missing those things, I’m sure other authors are, too.