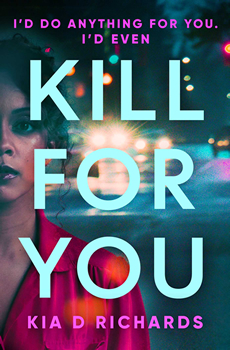 Zenyia Washington, a budding professional musician, rebuilt her life after a devastating hit-and-run took away her ability to play music. With hard work and determination, she is beginning a new chapter in her life and is opening her own music therapy practice.

On the 12th anniversary, the driver of that hit-and-run is found dead, slumped on a bench at Zenyia’s workplace. As the prime suspect in the case, Zenyia’s life is turned upside down once again. To make matters worse, the detective on the case was once her fiancé. As the case progresses, it becomes clear the perpetrator is doing this for Zenyia as a symbol of his love.

This is the premise for Kia D. Richards’ first thriller, KILL FOR YOU. She is understandably proud of the fact her heroine has an unusual profession, that of music therapy.

The character of Zenyia came first in writing KILL FOR YOU. And from the beginning, she loved music.

“As I fleshed out Zenyia, her backstory became that she’d had this accident that ended a promising career. I wanted to show that she’d already overcome so much hardship to create a new life for herself but that still included the thing she loved most—music. I ended up doing some research into careers that incorporated music and found out about music therapy, and it seemed like the perfect fit for Zenyia.” 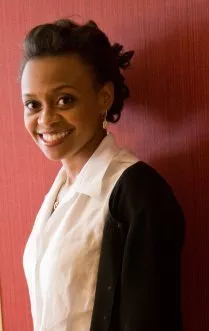 Richards used her own background in music as a starting point for her research into music therapy. She took piano lessons for eight years and stopped playing about the time she started college. Recently, she started playing violin, something she always wanted to do, and is loving it. She did a great deal of research into music and music therapy and found it very interesting. And she picked the brains of several current and former professional musicians for details as well.

As might be expected from a book featuring a music therapist, music is referred to throughout KILL FOR YOU. For each of these selections, Richards not only listened, but also learned a lot about the pieces and the stories behind them through her research. “I wanted that music to reflect the tone of the scene it’s mentioned in,” she said.

Richards sees herself as a mood writer who uses music occasionally when writing. “I know the tone I want to set in a chapter or scene. If I’m not mentally in that space when I need to write a particular scene—for example, if I have to write something really devilish or romantic but I’m not feeling particularly devilish or romantic, I may try using music to create the mood in my environment that I want to get on paper.”

Speaking of her writing process, Richards is an outliner. “I spend a good deal of time planning my writing before actually beginning. I need to know the big plot points as well as the ending before I get started. I’m open to changing anything if the story calls for it, but I need a road map. Once I get started writing, I’m anxious to find out what happens in the story so I generally write almost every day until I get to the end. Then it’s revisions, editing, proofing—all stuff that I don’t find nearly as fun as the first draft but I know is really where the manuscript becomes a full-fledged novel.”

I would call KILL FOR YOU “a thriller because the story is driven by a sense of suspense, high stakes, and tension. Zenyia isn’t really attempting to investigate the crime. She’s in the crosshairs of the antagonist and is at a loss for why she is being targeted or who is targeting her.

“I really hope readers will connect with the characters. Zenyia in particular is so dear to me. I think she’s gone through so much.”

Richards is currently working on a psychological thriller in addition to a romantic suspense novel that she writes under the pen name, K.D. Richards.

Kia was born and raised in the Maryland suburbs just outside of Washington, DC. A writer since a young age, after college Kia earned a law degree and worked as an attorney and legal instructor for fifteen years but never stopped writing fiction. She currently splits her time between Toronto and Maryland with her husband and two sons.