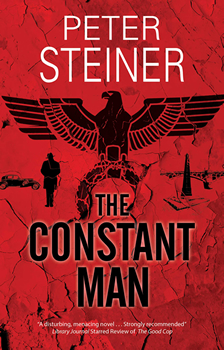 There’s no such thing as a standard author, nor is there only one way to write a book. Some authors are plot driven, while others focus primarily on their characters.

I was delighted to discover that Peter Steiner is a fellow character-driven writer and had to begin this interview by asking what challenges that presents and whether he’s also found instances where that fact makes writing a crime novel easier.

“There are big challenges on several levels, the most obvious being to create characters that are believable and interesting, whose traits are not reducible to a stereotype. It is also important to me that the characters’ qualities and traits create the drama—that is, that the action somehow grows out of who these people are. These are of course my aspirations, and I don’t succeed all that often,” he says.

“Some (many?) readers of crime novels/thrillers seem to prefer characters who are none too complicated. Stereotypes—the divorced loner who drinks too much and has a troubled relationship with his grown daughter is one I’ve seen more than once—allow the plot to come front and center and to advance in a straight line unimpeded. That sort of story doesn’t interest me, either to read or to write, although, again I have fallen into that trap more than once.”

Now that the second installment in his Willi Geismeier series is out in the world, Steiner spent some time with The Big Thrill to discuss his approach to historical thrillers.

When I have my reading hat on, I certainly prefer no clichés, in either plot or personnel. Your protagonist, Willi, is a complex man—the reader can have no complaints about one-dimensionality there—and I appreciated his thoughts about Shakespeare. The Bard was certainly a man for all ages; did he influence your writing and plotting?

To the extent that Shakespeare has influenced every writer, he has influenced me. But I am not knowledgeable about his work and not as well read as I should be, so I don’t typically think about him as I’m plotting or writing. But because I decided to make Willi an amateur Shakespeare scholar, I had to deal with him, particularly in The Good Cop. His thoughts on Shakespeare are of course my thoughts, but to be honest, I was bluffing. They may be absolute nonsense.

THE CONSTANT MAN is inhabited by a cornucopia of secondary characters. Do you have a favorite? And which would he choose to be his wingman/woman in a fight?

I love Bertha Schimmel and am especially fond of her developing relationship with Heinz Schleiffer. Bergemann would also be good to have at your side, but you couldn’t do much better than Bertha. 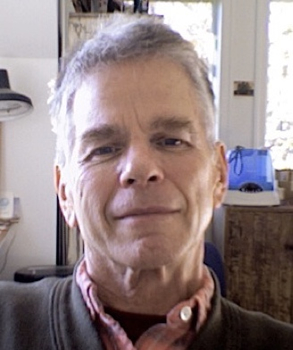 Have you ever considered putting your talents to another genre?

My objective is not to write in any genre at all. The great crime novels—Dostoevsky’s Crime and Punishment and Kafka’s The Trial—aren’t thought of as crime novels at all, because the crime (if there is actually a crime) is little more than a human event, and an occasion to examine human existence. In most cases, genre seems to me to be a trap, a narrowing down of possibilities.

I have written several other novels, none of which publishers were interested in. Partly I think, because they didn’t know how to classify them, what to call them, or where to put them.

You’re quite a renaissance man, producing books, paintings, and cartoons. I have to ask the obvious—do you have a favorite of the three, and how does developing your craft in one help with the other two?

I don’t have a favorite activity, but I think I am most deeply a cartoonist, if I can put it that way. Cartooning is in my character, and was there in my earliest childhood, in a way that painting and writing are not. But it is also how I made my living, so it has a little less magic for me than painting and writing do now.

It’s hard to say how one craft affects the other, although I know they do: I can feel it. I’ve just started a novel. I just started writing without the slightest idea what I’m writing about or where it might go.  As a story of some sort started emerging, I went back and forth, expanding, elaborating on what I’ve already written, moving stuff around, etc. That is exactly what happens with a painting:  I make some marks on the canvas without knowing whether they’ll survive or even what they are.  I choose colors that are “wrong” just to get going and see what happens. I begin drawing cartoons in the same way, simply trying stuff out.

THE CONSTANT MAN is set in World War II, which brings up the matter of depicting eras we authors may not have lived through. WWII-era Germany is a place we’re all familiar with from films and TV shows, but no doubt we’re getting a less-than true picture when we’re watching them. How does an author get the right balance between giving their readers enough details of everyday life (like the food on the table) and avoiding infodump?

The Willi Geismeier novels are historical novels, and the evolution of the political situation is an essential part of the story, determining much of the action, so I offer enough history so the story makes sense, but no more. Because the picture we have in our minds is often less than true or more complicated than we know, many of the situations I concoct, often with secondary characters, give the lie to our common (mis)conceptions. And the little details, the food on the table, etc., engage the reader’s imagination and empathy and bring the situation to life.

Historical research is such an interesting beast. I’m currently reading the WWII diary extracts from a real-life Dad’s Army commander and keep finding instances of where what he’s saying doesn’t quite equate with the “received” and contemporaneous media versions of events or depictions of what everyday life was like at the time. Have you found such instances in your research, and what are your go-to sources for accuracy?

I try to get facts right, but that kind of accuracy often seems elusive and/or illusory to me. For almost every fact there is another somewhere that renders the original fact problematic. What you describe—finding accounts of history that contradict the agreed-upon history—happens to me almost constantly. This is especially true on the individual human level. The accuracy I am most interested in and that I find most compelling is whether something could be true, since almost everything that could happen seems to have happened at one point or another.

A sensible approach for any author who wants authenticity. Focus on that which might have been possible, and you can’t go too far wrong.

Peter Steiner was a professor of German before he was a New Yorker cartoonist before he started writing novels. THE CONSTANT MAN is his seventh.