Piecing Together an Intense Puzzle 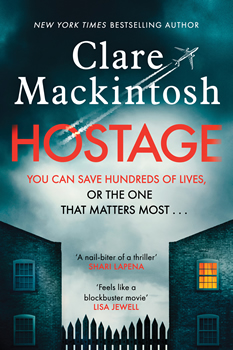 Clare Mackintosh has never feared flying. She boarded her first airplane at 17-years-old for a trip to Greece with a friend and has loved flying since. “It’s my favorite part of any trip,” she says. So it’s impressive how much fear and suspense she’s injected into her new novel, HOSTAGE. It’s a thriller set on a flight from London to Sydney where an attendant must choose between saving her daughter or an entire plane full of people. The story’s packed with intense twists, scary reveals, and nail-biting action.

This British author who loves jigsaw puzzles deftly creates intricately woven stories on a regular basis. Her debut, I Let You Go, smashed onto bestseller lists in 2016, and she’s been crafting sensational novels since with I See You, Let Me Lie, and After the End. She often focuses on familial relationships and how a crime, sudden or otherwise, can test or tear them apart. Now, with HOSTAGE, she proves she has the chops to set a thriller in the airline industry, creating the memorable Mina and flawed Adam. It’s the kind of novel that starts in a slow burn where early clues and details piece together for a more than satisfying ending. Just make sure you have a roll of Tums nearby when you read it!

The Big Thrill recently talked with Mackintosh about the origins of HOSTAGE, her time as a police officer, adoption issues, and how she plots her remarkably designed novels. 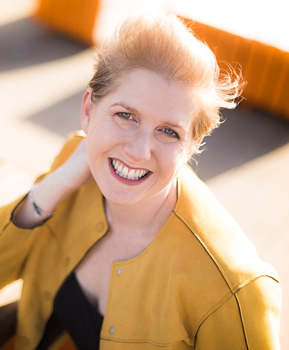 Your last book, After the End, was about a couple who must make a heart-wrenching decision about their seriously ill son. Now, in HOSTAGE, you take that idea of making a difficult decision to a new setting. What inspired you to center the story on an international flight?

Airplanes remain one of few places where we can’t easily contact people back home: anything could be happening on the ground, and we wouldn’t know it till we stepped off the plane. Being so isolated really ups the stakes when someone’s presented with a moral dilemma.

I was also intrigued by the idea of hiding the bad guy on the plane. Flight attendant Mina knows one of her passengers is dangerous; she just doesn’t know which one. It’s the ultimate ‘locked room’ scenario for a mystery writer, and I loved writing it.

The main characters of Mina and Adam are wonderfully complex. They each struggle with their own issues yet are bound by love for their daughter. What were their origins?

I generally have the premise of my novels before shaping my characters, and HOSTAGE was no exception. I knew Mina was a flight attendant, and I wanted her to be from a non-British background (she’s French Algerian, although she grew up in the UK), but her character slowly grew as I worked out my story. I wanted Adam to have contradictory elements to his personality: he’s a police officer, and he’s great at handling conflict at work, but his private life’s a mess. Part of his journey is reconciling those two sides. 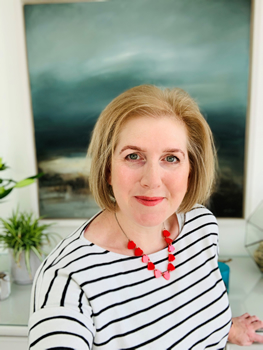 Speaking of that, I’ve noticed Adam and other characters you’ve written have weighty secrets in their lives. What are some secrets you find most compelling in people?

Ah, I never break a confidence! Everyone has secrets, don’t they? I’m fascinated by the psychology behind why we make the choices we do, the back-stories which shaped us into the people we are now. When I was a police officer, I was always more interested in why people committed crimes than what sentence they received.

Not only is the book narrated by Mina and Adam, there are brief narrations by several of the flight’s passengers. This raises our awareness of who might be innocent and who might be dangerous to great effect. Were those portraits in the early drafts or did they come later?

HOSTAGE went through a few iterations, but there were passenger vignettes from the outset. Whenever I travel I love to weave stories around my fellow travelers, imagining where they’re going and who they’re meeting, or leaving behind. I wanted to give readers an insight into the backgrounds of some of the key players, because no situation is straightforward. In all my time as a police officer I never met a criminal who was 100 percent bad, or a victim who never put a foot wrong. The gray area between the two is precisely the area in which I love writing.

As an adoptive mother, I know raising adopted kids can be both extremely challenging and highly rewarding. I related to some of the issues involving Mina’s relationship with Sophia, her five-year-old daughter. Have you had any experiences with adopted children?

I’m in awe of adoptive parents. I have several friends who have adopted, and several who foster. Many people assume that a child who is adopted very young—under a year, for example—won’t carry with them any issues from their birth environment, but that isn’t always the case. Sophia has severe attachment disorder, which has a big impact on her relationship with Mina and Adam—and their relationship with each other. One of my children has autism and some attachment issues, so it’s an area into which I have some personal insight. 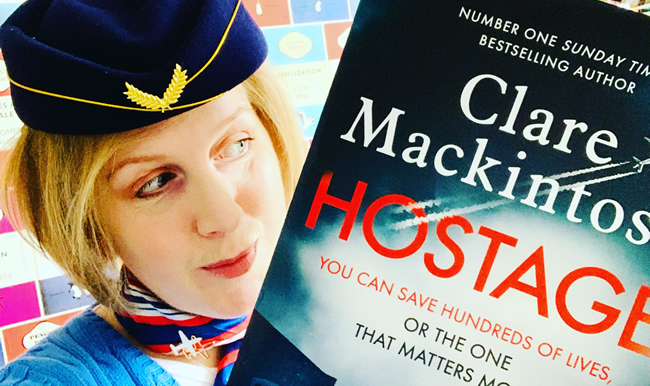 And like you, I have three children. When they were little, writing was an enormous challenge. How do you make time for deep work like writing when children can create a lot of interruptions?

The last 18 months have been a challenge! When they’re in school it’s not too bad, and they’re teenagers now, so there’s less practical stuff to do. But the emotional needs really ramp up from 13 onwards, and I’m finding I need to be ready to drop everything when they get home from school, if something’s happened to throw one of them off kilter. My husband left work a few years ago so I could write full-time, and I’d struggle to work at the level I do without him there to pick up the housework and cooking.

You’ve mentioned you learned about some amazing, too-unbelievable-for-fiction moments during the time you were a police officer. Is there any moment from that time, amazing or not, that you still can’t shake from your mind?

One Christmas, I was dealing with the kidnap of a taxi driver. Unbeknownst to us, he’d been taken miles away to another city, and was being held in a block of flats. He overheard his kidnappers planning to kill him after they’d emptied his bank accounts. They took him at knifepoint to a bank, but on the way, he made out he was going to vomit, so they’d open the car window. He threw out a bank note on which he’d written a cry for help, along with his name and the address of where he was being held. It was found by a homeless guy who used it to buy cigarettes. The shopkeeper read the note and called the police, and an hour later the taxi driver was rescued. It’s a brilliant story, but if I used it in a book my editor would tell me it was too unrealistic! 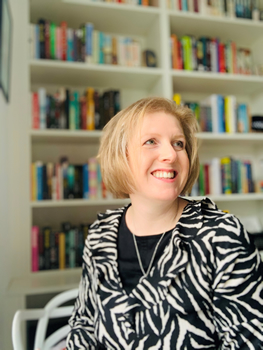 I marveled at how well you pieced together a complicated plot. All characters had believable motivations. How do you approach creating plots?

Thank you! I LOVE plotting. I mean, really love it. I have big whiteboards and flipcharts and Post-It notes, and notebooks with pages that concertina out into huge long timelines… It’s like the best puzzle ever. Generally, I start with a basic premise and maybe one big twist, then I start sculpting the story and layering in subplots to make the story richer and more engaging. I write every draft from scratch, so it feels like a new book each time.

I don’t want to give too much away, but this story has a lot of reveals and twists that drop at precise times. What is your process for figuring out pacing?

I have to be able to see it. I use Post-It notes on a wall, or a long roll of wallpaper, to mark out the beats, using a different color for each point of view. If a scene is high-octane, it’s positioned high on the page, and if it’s a slower scene, it goes low. I mark each twist and reveal in another color. When it’s finished, I can see at a glance what the pacing is like, and whether the balance is right between the points of view.

With your book club, you put your readers front and center. Any tips for fellow authors, outside of writing a great novel, on serving their readers well?

I love running the Clare Mackintosh Book Club. I have around 13,000 subscribers, with a really engaged Facebook group of around 8,000. We read a book each month, with discussion questions and author Q&As. I started it because I knew I needed a mailing list, but I hated the idea of sending newsletters that were all about me—it felt so egotistical. I flipped it around and thought about what people might want to receive. As well as our book club pick of the month, the newsletter shares details of other authors’ releases, writing tips, and literary news. I hear a lot of authors asking, ‘How can I grow my mailing list?’ and I always say: look at your own inbox first. What newsletters do you subscribe to? Why do you stay on that list? Now write something like that.

I’ve just finished the second draft of an as-yet-untitled murder mystery set around a lake in rural Wales, UK. The border between England and Wales runs through the middle of the lake, and when a body is found in the water during the annual New Year’s Day swim, detectives from both countries join force to investigate. It features one of the best characters I think I’ve ever written, so I’m excited to introduce her to readers!