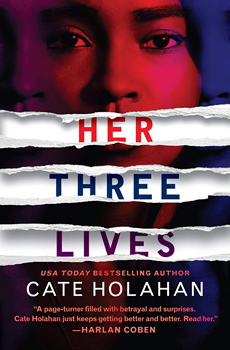 Most of us have three lives.

The public one—Facebook status updates bragging about your children, the Instagram pic that proves hubs is perfect because he brought you breakfast in bed, a viral TikTok video of your growing TBR pile. Then there’s the private one—the argument you and your wife had about money you certainly won’t be broadcasting, that photo of your daughter you threaten to show at her wedding, but won’t end up on your Snapchat stories. And of course, there’s the secret life—the internal fantasies you don’t share with anyone, the cigarette you sneak a drag off when you think your parents aren’t watching, the affair you’ve been keeping secret for months.

Jade Thompson, an up-and-coming social media influencer, and her fiancé Greg, a successful, wealthy architect, seem to have those three lives neatly compartmentalized. But when a brutal home invasion leaves Greg with a traumatic brain injury and severe PTSD, he amps up their home security—giving him a close-up view of his fiancée’s life.

All three of them. 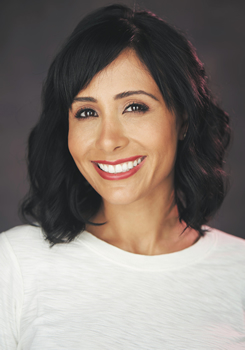 “I guess one of the things I was wondering is how easy, or not easy, it is to separate those three lives we all have,” Holahan says. “Especially the lives we share with those closest to us. Technology is changing that. Authors who are on social media, for example, have to give a little of themselves, because it can’t just all be about the book. But it’s hard to know the line.”

Holahan says she toes it often, especially when deciding which pictures she’ll post of her family. While she’s grateful for the number of readers on her social media accounts, they’re not all personal friends—and her daughters might have something to say about the images she chooses to share. “How much are they going to hate me as teenagers?”

Especially since, with the advances in technology, those images will be there forever—for better or worse.

In this interview with The Big Thrill, Holahan, a former award-winning journalist and vocalist in the original rock band Leaving Kinzley, talks more about the impacts of technology, and how her research helped create the suspense that will keep you turning the pages of HER THREE LIVES well into the night. 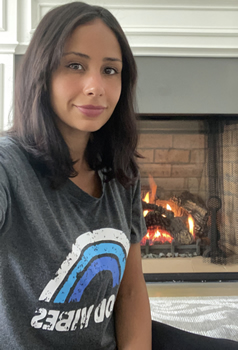 As a journalist, research must come second nature to you. In HER THREE LIVES, you tap into one of my greatest fears—home invasion. It’s an authentic, and terrifying, scene in the book. How did you create those atmospheric details?

I’ve always been afraid of home invasion, worried that someone is going to come in and demand to see the safe or the jewelry, but we don’t have those things. That’s not what we spend our money on. Literally everything goes into the mortgage.

While I was working on the book, there were two burglaries in my town, one two houses behind. The burglars were dressed like electrical workers and they cut the electricity so the alarms wouldn’t go off. But these folks had a generator that kicked in and fortunately the alarm went off. I probably had that in the back of my mind while I was writing.

And then I was thinking about home surveillance technology, where we can all become our own home security systems. There’s definitely peace of mind with that—but is there too much of it? It can lead to paranoia. I have nest cams, and every time the shadows outside move, I get an alert on my phone. 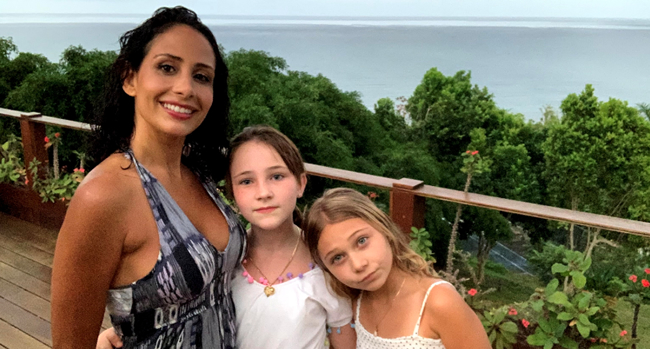 Holahan with her daughters Eleanor and Olivia.

Staying on that research track for a minute, HER THREE LIVES takes a deep dive into technology, PTSD, and traumatic brain injuries. At what point do you pull the plug on fact-finding so you don’t spend too much time down a rabbit hole? Was there anything about the research that surprised you?

That’s definitely something I’ve learned the hard way. There would be times where I was a little too in love with the research and my editor would tell me some things needed to go—but more and more I’m seeing what those things might be and am learning to edit them out first.

All the research about traumatic brain injuries was fascinating. It was so morbid looking at my computer screen. But I learned that even if you have a minor head injury, it can cause swelling, and doctors will have to remove a large section of skull so you don’t have bleeding in your brain. It’s more common than you think. 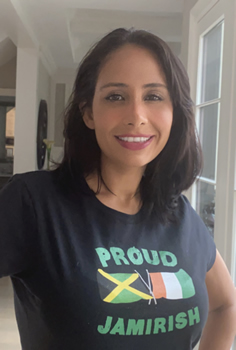 I really enjoyed the voices of both narrative characters—Jade and Greg. Was one easier to write?

Jade was easier for me—I made her Jamaican American, and I am Jamaican Irish American, so  I could draw on things culturally. Greg is a 52-year-old Caucasian architect, so for him I had to do a lot more research. I read books that featured architects—I revisited some Ayn Rand. When you’re an artist and you’re putting some of that on display—especially a giant skyscraper or something—there’s a level of arrogance there. And so I wanted to explore how someone who is used to having so much control reacts when that control is stripped away. Some of the editing process was going on through COVID-19, so I could relate to being stuck in the house and wanting to go back to your former life.

Speaking of characters, Violet was such a toxic young woman, but well written and executed perfectly to get under your skin. Tell me a little about the inspiration for her.

I think when you’re the writer you have to like your main character, and I was surprised to hear that so many people didn’t like her because I really sympathized with her. She’s spoiled—she grew up spoiled—and then she feels betrayed that she realizes that the certain existence she felt entitled to wasn’t going to work out. So she’s bitter. She’s young and doesn’t have the perspective that comes with maturity. I really love the character of Alexis on Schitt’s Creek, and I kind of feel like Violet is like that—but not as funny.