The Legacy of Unspeakable Memories 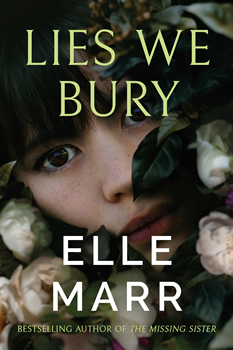 As a precocious nine-year-old, Elle Marr sneaked into online creative writing message boards, posing as an adult. She’d been writing since she was eight, telling herself stories in a little journal she’d been given, but it was publishing chapters on those message boards that solidified her resolve. She knew then that she wanted to write and share stories with others.

But knowing and doing are two different things. It was many years later, snowed in and living in French Normandy, before she attempted her first novel.

“It was during my last November living abroad, and my first NaNoWriMo, that I discovered how much I love writing long-form,” she says. “Although I shelved that NaNo book, the next story I wrote was my debut thriller, The Missing Sister. Suffice it to say, it’s been a journey.”

A journey, indeed. The Missing Sister, published by Thomas & Mercer, became a #1 Amazon bestseller, a #1 seller in the Kindle Store, and an Amazon Charts bestseller. It was featured in Woman’s World and named one of PopSugar’s “31 Thrillers of 2020.” After such an auspicious beginning, it would be hard for any writer not to wonder if she could do it again. 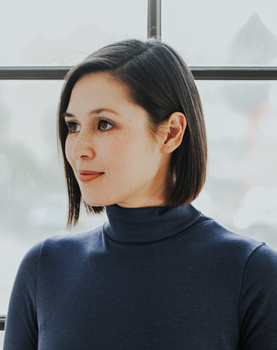 Her second novel, the psychological thriller LIES WE BURY, answers that question. The book earned a starred review from Kirkus, which called it “a deep, deep dive into unspeakable memories and their unimaginably shocking legacy.” Publisher’s Weekly called Marr a writer to watch, praising the suspenseful plot and the “convincing portrayal of the vulnerable Claire.”

Claire is the alias of Marissa Mo, a freelance photographer haunted by a childhood spent in captivity. Two decades after she, her sisters, and their mother escaped their captor’s basement, Marissa is determined to live a life free of the press and the notoriety that has followed her and her sisters since their escape. With a new identity and a new career, she hopes this time, she’ll finally be able to leave the past behind. Instead, she’s lured into covering a series of horrific murders clearly intended to make her relive those harrowing days. 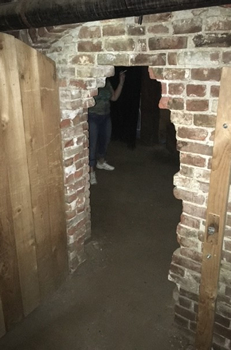 Marr toured the Shanghai Tunnels in Portland, Ore., which feature prominently in LIES WE BURY. The 150-year-old catacombs were built to transfer goods from cargo ships to businesses in Old Chinatown, but legend has it they were used for darker purposes.

LIES WE BURY is a powerful book about the effects of trauma and regret. Asked what inspired it, Marr says, “Sadly, true crime. When I’m ready to write a new book, I think back on what ideas or headlines have made me do a double take over the years. Crimes of false imprisonment are some of the most heinous, and I wanted to explore that concept from the perspective of 20 years after the initial horror has ended. Through Marissa’s eyes, the book examines how survivors navigate normal life, given the lens of that lived experience, and how and whether someone moves on from that trauma.”

The Portland Shanghai Tunnels in Portland, Oregon, provided another inspiration. This series of underground passages below Chinatown has always struck Marr as the perfect setting for a thriller. Even before she knew they would play a role in LIES WE BURY, she visited both those tunnels and the catacombs beneath Paris, France, which she featured in The Missing Sister. Of these experiences, she says, “I was reminded I’m not a fan of subterranean tunnels! Still, the thrill of venturing into such an unnerving locale—of crossing another strange item off my bucket list—was too tempting to pass up.”

Of course, Marr’s writing routine has changed considerably during the pandemic. “But not for the reason one might think,” she says. “I now have a one-year-old who dictates when (and whether) I get to write on any given day. Generally, I wake up and write as much as I can before my son wakes, then sneak in pockets of time when possible after that. Typically, I’ll return to my computer by 9 p.m. and go until the sentences become incoherent.” 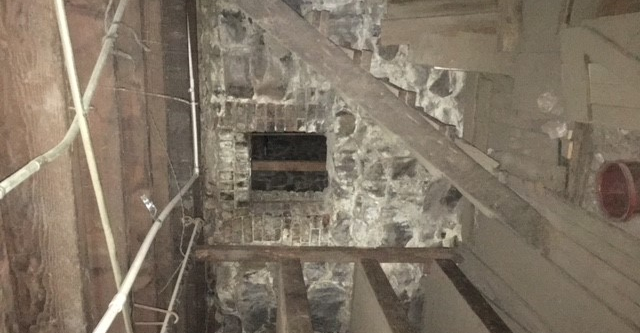 Portland’s Shanghai Tunnels were allegedly used to transport shanghaied sailors to the Willamette River, and as makeshift underground prisons for kidnapping victims.

The weekends are when she’s able to make up the most ground.

“I’ll often write or edit for most of Saturday,” she says. “Although I own a whiteboard, which I bought believing I’d use it to plot my novels, I pretty exclusively rely on Excel spreadsheets and Word documents to keep my notes straight. As far as rituals or habits go, I’m a vocal proponent of coffee and Reese’s peanut butter cups to fuel any writing sprint.”

Asked what she hopes readers will take away from this book, she says, “Generally, I don’t have an agenda for readers in my books. I believe that once the book is published, the story is the readers’ to interpret as they will. But I also hope readers find the optimism in my stories, no matter how dark the plot may turn. From LIES WE BURY, I hope readers walk away with the sense that family comes in many forms and is not necessarily exclusive to those related to us by blood or who resemble us outwardly.” 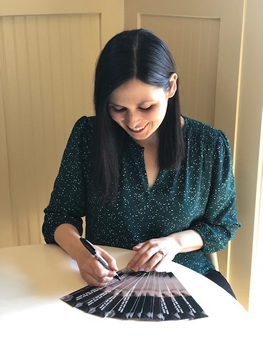 Her advice to aspiring writers is both simple and profound. “Literally the only thing you can control is the writing; ensure your manuscript is ready when you begin querying, even if you’re dying for feedback from your dream agent or editor. Regarding the writing itself, I’d say trust yourself as a reader first; if you’re excited about the story you’ve created, others will be too.”

Currently, Marr is editing her third novel, Strangers We Know.

“It’s an #ownvoices story about an adopted woman who, through a genetics test, learns that she is related to a serial killer,” she says. “She travels to meet her family members and learn more about her heritage, while seeking out the truth of her relative’s past. I’m excited to share this story with readers in Spring 2022, as it’s (very) loosely inspired by my own experience with DNA testing and meeting biological family members for the first time.”

She’s grateful for each reader who chooses to spend time with her characters. Asked what she’d like to say to them, she says, “Thank you to those who explore Portland, Oregon, with me in LIES WE BURY, and for allowing my female characters, especially, to be complex, damaged, yet worthy people.​”