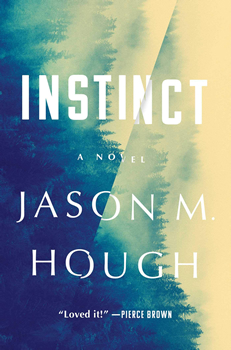 The past 18 months or so have given conspiracy theorists much fodder for their platforms—from the mass burning of 5G cell towers in Europe to the destruction of COVID-19 vaccines under the belief that the proposed “cure” will change human DNA.

These aren’t the only conspiracy theories making inroads right now, of course—and history reminds us  that many always seem to pop up. Area 51. Israeli animal spying. Even the introduction of New Coke.

But how do conspiracy theories start, and why are people drawn to them? Well, that’s certainly something psychologists have been studying for years—and the kind of material authors have been using in books forever.

New York Times bestselling author Jason Hough revisits this conspiracy trope in his new thriller, INSTINCT, the riveting story of small-town cop Mary Whittaker, who is thrust into the new role of chief of police during a series of abnormal incidents.

Like the hiker found dead on a trail after being mauled by a bear, a faint smile on his face. Or the kid who hates nature but dies on a random midnight walkabout. And the helicopter mom who abandons her young twins with no explanation and not a second’s thought. 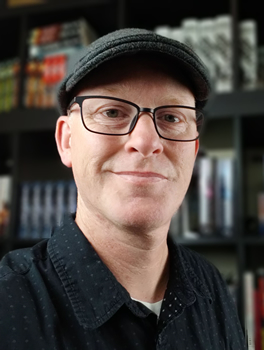 It’s as if the people in the small mountain town of Silvertown, Washington—population 602—are losing their survival instinct.

Despite the town’s infamous reputation for having more conspiracy theories than any other place in America, Mary Whittaker can’t chalk this up to general weirdness. To save the town, its residents, and her own life, she’ll have to distinguish truth from paranoia. But in a place full of conspiracy theorists, that may be easier said than done.

In this exclusive interview with The Big Thrill, Hough shares insight into why at this stage of his career, INSTINCT is a big departure from his previous work, how he feels about conspiracy theories in general, and the first thing he designed using his 3D printer.

For the conspiracy theory lover, you’ve given us a lot of…conspiracies. Is Silvertown, Washington, a real place? What drew you to that location as the setting for INSTINCT?

I thought it would be fun to tell a conspiracy story in a place that’s already absolutely swimming in them. I’m fascinated by the idea that something actually true could hide in plain sight there. As for the location itself, there is a Silverton (not town) relatively close to where I live, and while driving through I saw some Bigfoot merchandise for sale, a campground run by the Masons, and signs indicating that there was a ghost town you could hike to. It immediately hit me as the type of place to set my story, but the “real” Silverton is incredibly small (just a gas station, really). Too small for my needs. So I invented Silvertown, and borrowed from locations all around here to construct my fictional setting. 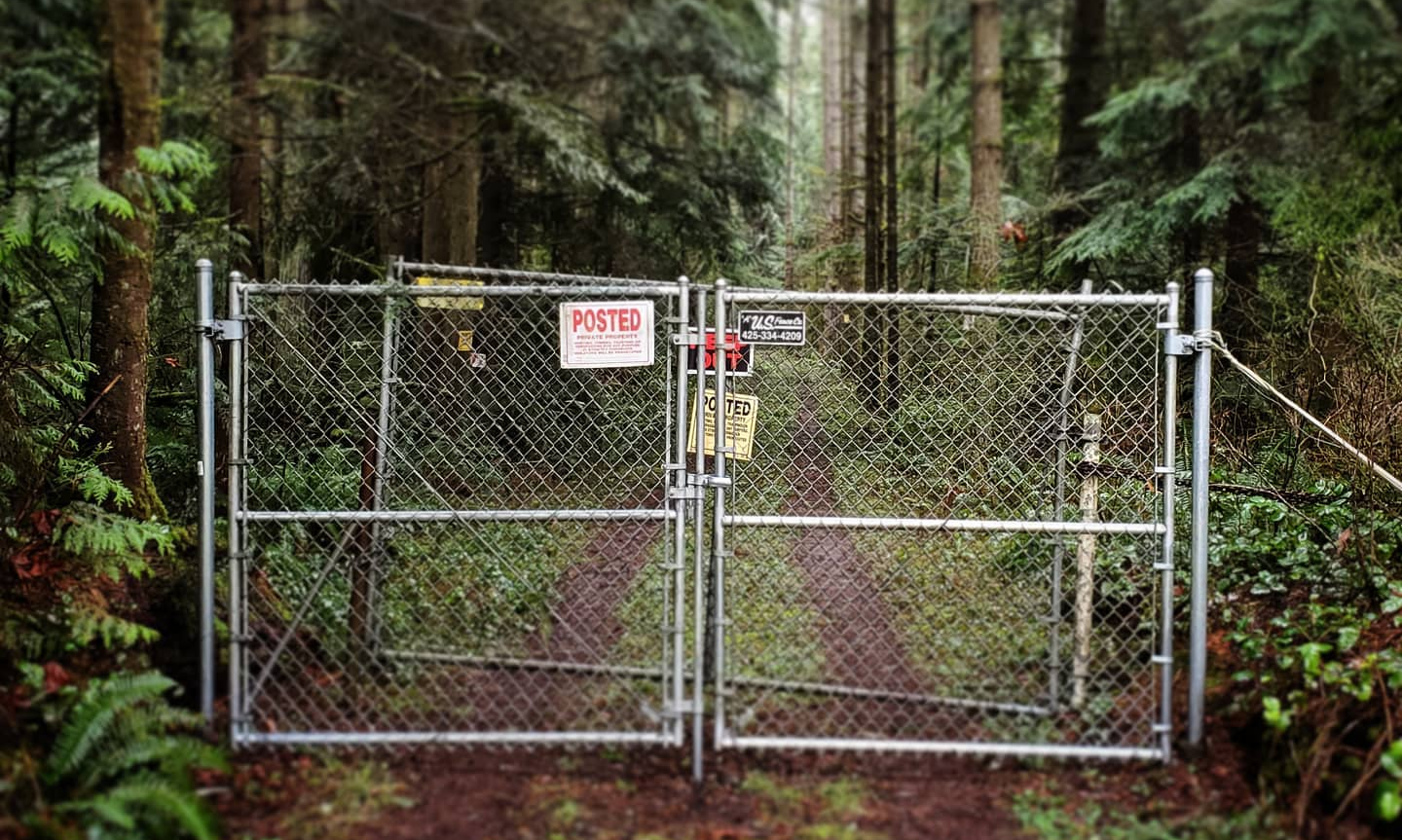 Do you have a fascination with conspiracy theories in general? Do you have a favorite? On a personal level, are you more prone to believe in them or try to debunk them?

I really don’t, to be honest! I’m a skeptic through and through, but I am fascinated by the mindset people—and thus characters—need to be in before they buy into such things. Then there’s the gravitational pull that makes the place, not so much the believers, the thing that perpetuates the theory. Loch Ness, Roswell, and so on. As for the theories themselves? I mostly just chuckle and shake my head. 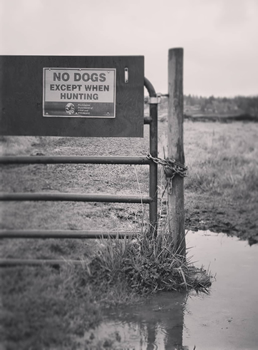 The premise of this novel is brilliant. Not to go down that cliched “where do you get your ideas from” road, but—what inspired this book?

Oh, thanks for that. In this case it started with me simply playing around with words and phrases, trying to find something that might spark an idea. One of the phrases I’d written down was “Killer Instinct.” A lateral thinking technique I sometimes use is to try different ways of reversing something. So in this case I first wrote down “Peaceful Reason” as the opposite of killer instinct. Then I added the more obvious reversal—”Instinct Killer”—and this one immediately sparked the idea that forms the core of the book. In fact, that was my original title.

I love the genre-bending aspects of this book—a mash-up of psychological thriller, horror, and sci-fi. What aspects of those genres is appealing to you as an author? (The Blake Crouch comparison I saw on one blurb felt bang-on, as well.)

I definitely don’t mind the Blake Crouch comparison! As you may know I’ve written a number of sci-fi novels, but I’ve always enjoyed reading other genres, too. It was my intention from the start of my writing career to branch out beyond pure sci-fi as quickly as possible, so I was thrilled when my editor liked the idea for INSTINCT and told me to go for it. I think the sci-fi aspect I wanted to bring to this book was to make sure that behind all the weirdness and strange goings-on, there was something grounded in reality. 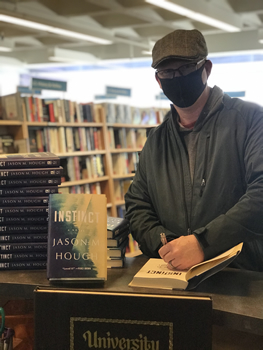 INSTINCT feels like a bit of a shift from your usual books. Intentional? And if so, why?

Yes, INSTINCT is a big departure for me. As I mentioned, my previous novels were all in the science fiction category, but my plan all along had been to branch out into something else if the opportunity arose. Turns out that’s not an easy thing to do in this day and age. Publishers want to build brands and branching out into other genres is, I think, seen by some as muddying those branding waters. But as luck would have it my editor found himself in a situation where he could acquire what he liked, regardless of genre, and of the various ideas I pitched to him it was INSTINCT he instantly latched on to.

I really enjoyed Mary’s character—thrust into a new position under some strange (and somewhat terrifying) circumstances. What can you tell me about the inspiration for her character, your vision for her, and what you hoped readers would love about her?

Thanks so much! As with many of my main characters, she’s an amalgamation of several people I know. My goal was to create someone who was the consummate team player, always trying to gather the troops or be amongst them. She wants to know the right person to call in any given situation. Mostly, though, she’s just incompatible with solitude. Dropping someone like that into a small remote town, where many prize their solitude, seemed like it would be a lot of fun. And of course there’s a core element to the plot that allowed me to see how she’d handle big changes in behavior. 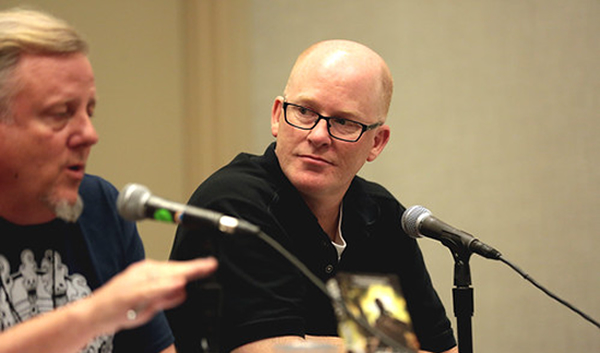 I saw on your bio that you have two agents—one for your novels, as well as a film/TV agent. Is there something you’d like to share in that regard? Or is that because you also—in addition to all of your other great talents—are a screenwriter?

Haven’t dipped my toes in the screenwriting waters yet, but I wouldn’t mind. No, it’s just that I’ve been lucky enough to have several of my other novels optioned for film/TV adaptation, so my literary agent helped me partner with a co-agent in LA. Nothing has moved beyond the pre-production phase yet, though, but fingers crossed.

NYT bestselling novelist, 3D artist, animator, and game designer—it’s clear your creativity has moved you toward varied pursuits. How have those creative endeavors helped you in your novel writing—have specific skills crossed over? 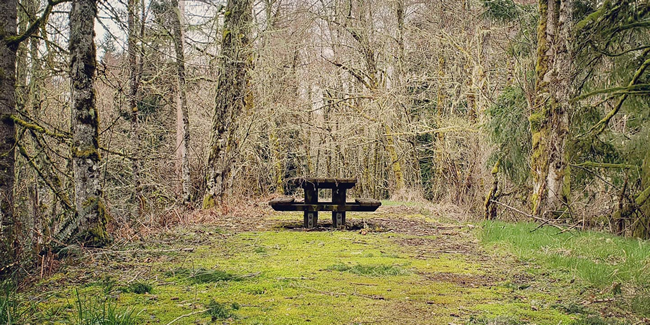 Lone bench atop the site of an abandoned missile silo

Working in games helped me in several ways. As a game designer, my job was primarily writing down exactly how a game should work, look, play, feel, and everything in between. Crucial, though, was the fact that my audience for this was the engineers and artists responsible for bringing the idea to life. I’d been an artist myself before that, not a writer, so it was rough for me at first because I didn’t realize the key to success was clarity. I kept trying to be evocative, but that just resulted in a line of programmers out my door asking what I meant by this or how the hell they were supposed to code that. Clear and simple was what they needed, and writing like that for many years helped me streamline my style.

I’m always intrigued when I hear someone has a 3D printer. I’ve yet to wrap my head around its capabilities. What’s the coolest thing you have “printed” with yours? 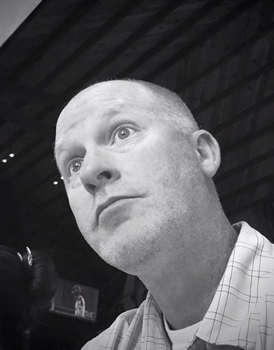 As it happens I think the coolest thing was the first thing I printed, which was a soap dish I designed myself. Doesn’t sound like much, I guess, but it was cool to me. I’d had this idea of creating a soap dish that kept the bar of soap from sitting in its own sudsy water all the time. It used a funky curved surface to let excess water and bubbles flow away from the bar of soap and into the sink, but still hold the soap firmly in place. Being able to design something like that in the computer is one thing—the magic of a 3D printer is you can actually make it, use it, refine it, and so on. They’re really cool devices, no doubt about it, but… honestly a bit of a headache to use and maintain. The tech has a ways to go before it’ll go mainstream.

I have a few projects in the works, but the only one I can talk about right now is One Memory, which is a sequel to my 2017 sci-fi spy novel Zero World. It’s taking me forever because several other projects (like INSTINCT) keep taking priority, but I hope to finish it this year and release it in 2022.