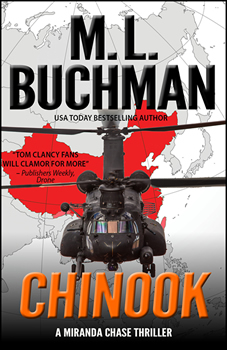 M.L. Buchman brings us the latest installment in his long-running Miranda Chase series with CHINOOK. When the fastest and most powerful helicopters in the US Army’s fleet start falling out of the sky, Miranda Chase and her team of NTSB crash investigators are called in. One crash leads to another, and they are fast entangled in a Chinese conspiracy to start a war. Only Miranda’s team can stop the trade war from becoming a real one.

The Big Thrill recently checked in with the author to learn more about the series and what this latest chapter has in store for readers.

Tell us about Miranda Chase. What has her journey been like leading up to this story?

I wanted to write a character unlike anyone else in my previous 50 or so titles. My kid works in autism therapy, and that gave me the idea for a Temple Grandin-like character, a high-functioning autistic person. For her germination moment that would set her life’s path, I placed her parents aboard the ill-fated TWA 800, the 747 that exploded catastrophically in 1996 just off Long Island.

By the time the series opens with Drone, she is the lead air-crash investigator for the NTSB (National Transportation Safety Board) with a specialty in military crashes. Her genius has but one channel, air crashes, so the rest of her extended capabilities, of her personality, became her brand-new team members who join her on that very first crash. The team has slowly grown and coalesced, allowing her to grow at its center.

What are some of the challenges of writing a series such as this?

Keeping the plots from feeling familiar one book to the next, that’s a challenge of its own.

Like any big series, perhaps the greatest challenge is to keep the character arcs growing and remaining of interest to the reader across numerous volumes. Unlike a romance, where the character arc is typically complete within a single title, Miranda and her team are intended to evolve in interesting ways across over a dozen titles. 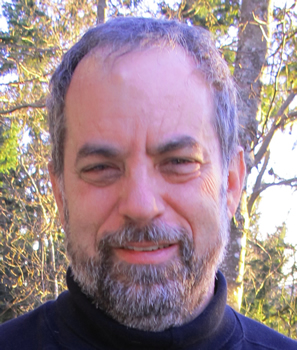 The biggest reward, and the reason I love writing longer series, is that I get to explore precisely those things. How does a character keep growing and evolving? What else can I discover about how that person sees the world? A person on the autism spectrum has a very different perception of the world than a neurotypical person, but it is no less valid. There are moments when it may be even more valid—think differently skilled, rather than handicapped. There is a great deal of connection and poignancy that I’ve discovered with Miranda that I don’t think I could have found with any other type of character.

Did you learn anything new in your research that you were able to apply to this story?

I’ll try not to snort with laughter here. I’m a research hound. I have always averaged about one to one and a half  hours of research for every five hours of writing. Much of that is factual research: aircraft capabilities, the NTSB crash database of reports, the NTSB blog, etc. But for Miranda in particular, to try and capture her autism correctly, I’ve read dozens of articles and blogs, a fair number of books, posted question on Reddit forums, and talked at length with my kid.

I think the single most surprising takeaway for me wasn’t the incredibly high prevalence (read an article about Silicon Valley programmers), the debilitating effects a severely autistic child could have on a family, or the vast misunderstanding of an autism spectrum disorder. The amazing thing to me is that high-functioning category. Many of the world’s geniuses, true geniuses, were probably on the autism spectrum. For all the challenges it brings, it can also bring an incredible ability in a specific area of interest. That is what I strive to capture and understand with Miranda.

There are two in particular that I am intentionally tackling with this entire series. I flipped the team gender roles. The leader, strength, and advisor are all female. The lancer and the babe are male. The heroine/core of the team throughout the series is a hyper-reliable narrator—except about people and motivations—when she becomes an unreliable narrator. She is an air-crash genius, who is also a high-functioning autistic.

What makes a good suspense story? A plot that pushes the characters to the limit and takes— no,  forces—readers along for the ride.

How incredible we can be, no matter what cards have been dealt to us up to this moment. And that there is ALWAYS hope.

USA Today and Amazon #1 Bestseller M. L. “Matt” Buchman has 70+ action-adventure thriller and military romance novels, 100 short stories, and lotsa audiobooks. Publisher’s Weekly says: “Tom Clancy fans open to a strong female lead will clamor for more.” Booklist declared: “3X Top 10 of the Year.” A project manager with a geophysics degree, he’s designed and built houses, flown and jumped out of planes, solo-sailed a 50’ sailboat, and bicycled solo around the world…and he quilts.