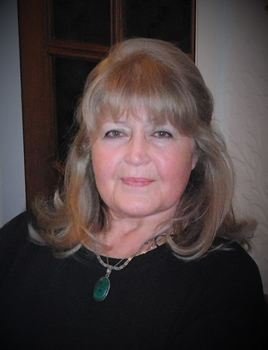 Born in the former USSR in the republic of Ukraine, Rychkova spent her formative years post university—after earning degrees in both mathematics and computer programming—working throughout Russia before moving and settling in Great Britain.

It makes sense then, that her nail-biting first thriller, A CLASH OF FORCES, would embrace not only the settings in which she’d lived and worked, but also some of the life Rychkova experienced in her travels.

A CLASH OF FORCES introduces us to Lara Petrova, a middle-aged Russian woman who, after a whirlwind romance, marries aging British businessman Derek Harrison. But her husband is keeping secrets—not only is his business not the thriving moneymaker he has made it out to be, but Derek has agreed to collaborate with the Russian secret services against Lara’s son, Alex.

A student at Stockholm University, Alex has invented a coveted new form of energy using groundbreaking technology. The Russians want it. So do the British.

Two forces in a race against time…who will win?

In this interview with The Big Thrill, Rychkova shares a little about her publishing journey, and what she hopes readers take away from her debut.

Congratulations on A CLASH OF FORCES, your debut! I know you’ve been working on your craft for some time. Please share a little about your publishing journey.

Thank you!  Initially when I started to write this fictional story, the working title was “Do not Fear Difficulties… But Be Afraid of Loneliness.” This title came to my mind because a long time ago, I became a single parent and went through a difficult, painful period of life. That was the start of my writing journey.

The word “nuclear” was often on the “tongue” in our family because of our professions. And I dreamed about a mobile source of energy that could constantly produce energy for the world without digging for fossils. So I decided to create this energy in fiction to show how big the fight would be for this sort of significant invention. The country who gets their hands on it would have a monopoly on the world’s power. Plus, the love line of the intelligent Russian lady with the English businessman added to this thriller full of events and action. 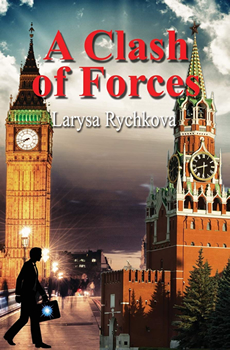 CLASH OF FORCES tales the tale of a middle-aged Russian woman by the name of Lara Petrova. I read in your bio that you were born in the Soviet Union, in the territory of Ukraine. How did your background inform Petrova’s character?

Yes, I was born there, in the Soviet Union. So I know how to live and how to behave as a single, intelligent woman in that society—a woman who has achieved something in life, has a comfortable life there, and must go to internet dating just to find her life partner, a beloved man who brings her emotional stability.  It was easy for me to create the character of Lara Petrova having my own experiences and my friends around. I wrote about her easily, as though watching the film inside of my head.

I know that one of your goals for the book is to eliminate some myths about women in the Eastern part of Europe. What message would you like readers to take away from A CLASH OF FORCES?

The understanding that not all women are motivated by money in search of love and new life. Don’t believe the myths!

I understand that you conceived his story while participating in one of your other passions—swimming. What is it about being in water that inspired A CLASH OF FORCES?

I started to use my time in the swimming pool deliberately to think about my writing—what exactly I would put in the next chapter, etc., during non-stop swimming. Normally 30 minutes. It was my choice not to stop and chat with other swimmers, and instead focus on creating my story, my book. The monotonic swim is boring, but if you think deeply about something while swimming, it can result in a book.

An important part of the plot centers on the creation of new forms of energy to create a greener future. What kind of research was required to flesh out this plot, and was there anything you learned in the process of doing that research that surprised you?

I made a wide search on the internet about varieties of sources of renewable energies, plus spoke with a member of my family who knows a lot about it. I asked questions of my friends—one who is a physicist, and another professional who is an industrial chemist.

On that basis, I created Alex’s prototype of his invention.

English is not your first language—but your thriller is written in English. What were some of the challenges of writing in a different language?

It was a challenge to write in English, without knowing perfect grammar. I was learning English during my school years, especially the five years at university. But with time, all was forgotten. So after living in the United Kingdom for some time, I started to think only in English. The challenge was to find a person who could correct my English writing into perfect English.

Setting is an important part of your novel. How have your past travels and places where you have lived informed your writing?

For a period of my life—already with family, children—I was often required to travel in Russia, especially to Far East Russia for work purposes. It was hard to fly for long distances every two months or so. So I knew that part of world and I knew what I wanted to write. Also my career in the Ukraine brought me a lot of knowledge and material for writing. My children did their higher education in Sweden, so again, I was engaged in travel.

What has been the best part about being a first-time author?

It’s a great relief to have started and finished a book. And now it’s published, thanks to Black Opal Books.

I’m thinking about a new book, but I’m not ready to share it with my future readers.

To read the opening scene of Larysa Rychkova’s A CLASH OF FORCES, check out ITW’s First Chapters Program here.