Not Your Typical Housewife 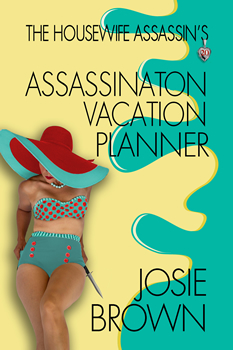 On a typical evening in San Francisco, you might find author Josie Brown at the movies, theater, happy hour, or out on one of her two-hour daily walks. Alas, typical days feel long gone.

Although Brown will still be out walking those steep streets (mask-clad, she’s keen to clarify), her time now has more of a singular focus—“to write, write, write.” Fresh out of that writing time comes the latest in the Housewife Assassin series, THE HOUSEWIFE ASSASSIN’S ASSASSINATION VACATION PLANNER. And this particular housewife is hardly typical.

We join the eponymous operative Donna Craig and her husband and mission partner Jack in a race across the world. Seven world leaders are to be assassinated, and it’s down to Donna’s team to save them.

This is not the first time the fate of the world has been in Donna’s hands. In fact, this is the impressive 20th installment in the Housewife Assassin series, and it doesn’t let up in (to borrow from the late Jackie Collins’s praise of Brown) “all the secrets, sex, money and scandal of an OK Magazine cover.” That is, if the magazine cover also mentioned expertly choreographed fight scenes. 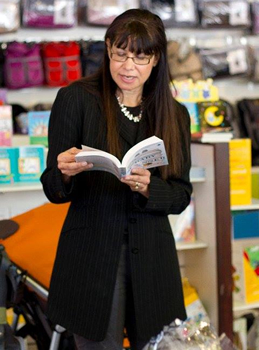 Brown reads from her 2011 novel The Baby Planner at an author’s event in San Diego.

Over two million copies of Brown’s novels are in readers’ hands. Plot, Brown explains, is the first step in creating each of these titles. “I look to create a fun and challenging caper—or, as in this book, capers—for my protagonist and her mission team.”

Where to start in constructing a caper? “My goal with every Housewife Assassin novel is to introduce the sort of dark, scary ‘what-if’ that one only reads about when the Intelligence Community declassifies it.

“I then look to put the reader in Donna’s shoes: both as a covert operative and as a mother. I feel it’s important that her flaws feel real to my readers. I want to make them wonder how they would react in the same situation. I hope that my readers learn enough about what is happening in this vast, Spy-versus-Spy world we live in and appreciate those who must play the game on behalf of the rest of us.

“By this point, I know what excites my readers: they want to keep turning the pages. They want Donna to persevere, no matter the dilemmas faced. And they want a satisfying ending.” 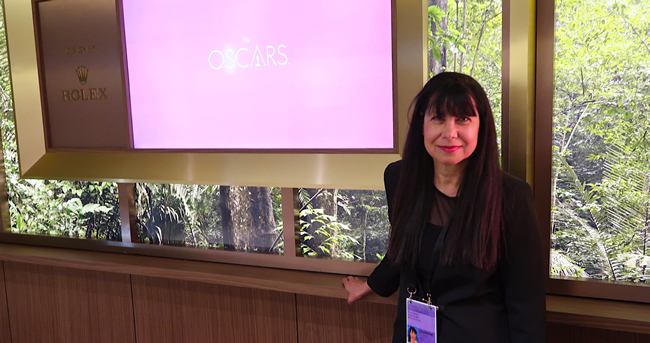 Brown backstage at the 2017 Academy Awards, which she attended with a journalist friend who asked her to help with his social media coverage.

Plot may come first in Brown’s process, yet her secret for a long and well-loved series lies elsewhere. “The only way you reach the 20th novel in a series is for the main and secondary characters to grow in each subsequent book. I love it when my readers say, ‘I didn’t see that coming…’ and when they root for my characters.”

Brown’s fans will be delighted to see some friendly faces return in the new release, as well as, of course, some that are less than friendly. They are responsible for Donna Stone Craig’s second-biggest challenge (that is, after saving the world) in ASSASSINATION VACATION PLANNER: “both Donna and Jack must play honeypots.” In other words, the mission entails becoming close to the enemy—closer than anyone would want their spouse getting. 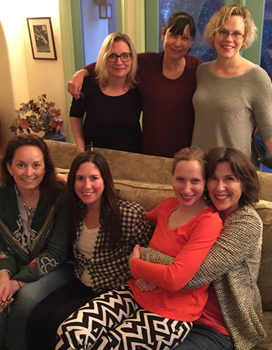 “I’ve no doubt that real covert operatives find that a challenging part of their jobs, to say the least,”  Brown says. It’s no different for Donna. The novel is dominated by psychological torture as she second-guesses the movements of her enemies and fellow agents alike.

However, by this book, Donna is hardened and more than capable of doing her job. Brown reflects on her protagonist’s unconventional career so far. “Donna Stone became a government-sanctioned assassin with the same black-ops organization that employed her dearly departed first husband, Carl, as a way to avenge his death. As readers of the series soon find out (in fact, in the first book of the series, Handbook) there was much she did not know about their marriage. To put it mildly, she’s been suffering from trust issues since then.”

Yet we can’t forget Donna’s equally demanding job: Mom. “It truly is a Herculean effort to juggle parenting with a full-time job!

“Most parents I know summon superhuman energy for these tasks. Donna is no exception. Her home and work life is always a juggling act, and I’ve made that clear throughout the series. She has been ostracized by Hilldale’s mean mommies for being late for carpool or forgetting her prom duties. And as her children move from childhood to teendom, they test boundaries and make mistakes.” 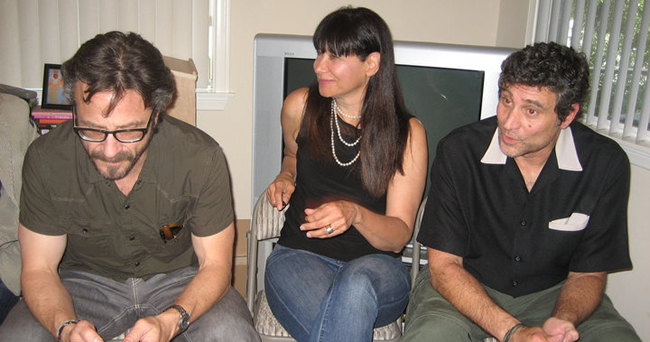 Brown with comedians Marc Maron and Paul Provenza at an author reading at Vicki Ableson’s Women Who Write event.

Of course, the unexpected crossovers of the two worlds mean rarely a page goes by without a joke from Donna’s internal monologue, readily supplied by Brown’s wit. “I leaven the darkness with humor, because we need reasons to laugh: at our reality and Donna’s. Better her than us!”

In spite of the chaotic dual worlds of international espionage and raising adolescents, Brown sees no sign of her housewife assassin slowing down anytime soon. “A good field agent doesn’t necessarily age out. Even mature assassins use their age to their advantage. Donna definitely does. In her case, her covert-op skill set will keep her in the field for some time.”

As for Donna’s next handbook, Brown already has a “what if” ready and waiting. “The next book will put her in the crosshairs of a bio-terrorist. But in keeping with the satirical tone that readers know and love, I have a lot of fun and games in store for her and Jack.”

Brown is also excited to announce a new venture. “I’ve been working on a historical fiction mysteries series. I may move it forward to launch at the end of 2021, just because I’m having so much fun with it and I think my readers will too.”

Whichever Josie Brown title you pick up next, rest assured it will be far from typical.