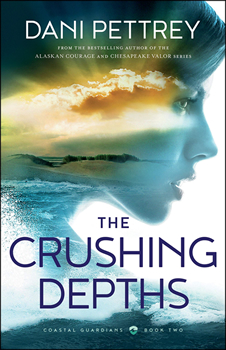 Dani Pettrey’s romantic suspense novels have been praised as standouts for their “wicked pace, snappy dialogue, and likable characters” (Publishers Weekly), “gripping storyline[s],” (RT Book Reviews), and “sizzling undercurrent of romance” (USA Today). With THE CRUSHING DEPTHS, Pettrey turns to environmental issues. Questions about whether the death of an oil rig worker is an accident or murder sends Coast Guard investigators Rissi Dawson and Mason Rogers to the scene. They must determine whether the man was killed by an environmental activist or, more frighteningly, a member of his own crew. Just as the case seems about to break open, worse news arrives: a tropical storm has turned their way. Now they’re cut off from any rescue…

Pettrey recently took a few minutes to talk with The Big Thrill about the importance of understanding her characters’ professions, writing romantic suspense as a Christian author, and how setting impacts her stories.

THE CRUSHING DEPTHS is the latest in the Coastal Guardians series. How did you decide to focus on environmental issues?

The idea for THE CRUSHING DEPTHS emerged from my curiosity about oil rigs and life aboard them. With the Coastal Guardian series set along the Carolina coast, I thought it would be interesting to explore the ramifications [of] the first oil rig off the Eastern seaboard. The environmental issues naturally sprung from there. I enjoyed focusing on the dichotomy between the opposing forces of the oil company seeking profit and the environmentalistS striving to protect our waters and sea life.

You’ve set your series in the Chesapeake Bay, Alaska, and now the North Carolina coast. Which comes first—the setting or the story idea? How does your setting influence the story?

Oddly enough, the profession comes first for me. The characters develop next as I consider what type of person would perform the specific job I’ve chosen. And the setting comes last. As an example, I wanted to learn more about the Coast Guard Investigative Service, so I took that profession and considered who would best fit with that job, what traits would they possess, etc. Once CGIS Special Agents Rissi Dawson and Mason Rogers were real enough to me to get started on a rough draft, I chose the setting they’d populate. In this case, I chose an oil rig nearly 40 miles out at sea. I think setting has great influence on the story. I wanted to see how Rissi and Mason would feel isolated out at sea with a tropical storm headed straight for them, cutting them off from any backup while they are trapped with a killer. Contrast that setting to one of Rissi and Mason being on the Big Island of Hawaii—the views are different, the temperature, the people they encounter, etc. While still isolated from the mainland, with a tropical storm headed their way, I believe they would react far differently than on an oil rig. 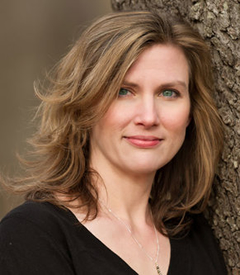 Do you travel for research or are you taking advantage of internet resources?

I’ve done a combination. Unfortunately, I haven’t had the pleasure of visiting Alaska yet. I really hope to one day. Thankfully, I was able to connect with a number of people living there, which was a huge help. My Chesapeake Valor series was set in my backyard, so it made research on the ground much easier. The Coastal Guardian series is based out of Wrightsville, North Carolina, and the beaches running along the coast. My family and I vacation there every year, sometimes multiple times, which has made research a lot of fun.

The North Carolina coast has been closed to offshore drilling for many years, but it is under attack by the BOEM’s proposed oil and gas leasing program. The House of Representatives passed legislation prohibiting offshore drilling in the area, but the Senate refuses to consider the issue. Are there political overtones to this series and/or this book, or is it strictly environmental? Can the two be separated?

Excellent question. I focus on the environmental issues and didn’t specifically delve into the political overtones. But in reality, I think the two are quite intertwined.

How do “ancient curses” fit into the story?

The “Graveyard of the Atlantic” refers to the Atlantic Ocean along the North Carolina coast, where more than 2,000 shipwrecks are scattered. The seas are full of legends, curses, and myths. Being isolated for long periods and working one of the most dangerous jobs in the world, the crew of the rig is tempted to believe the legends. When things start going wrong, most of the crew believe in an ancient curse that rests deep beneath them in the sea.

Your faith is important to you. How do you see your faith reflected in your stories?

I don’t want the inspirational aspect to feel preachy or forced, so I don’t set out with a specific faith thread or theme in mind. Rather, I write the story and let any aspects of faith within the characters naturally come out.

Romantic suspense is often rather steamy. Do you think your inspirational approach has hurt you in this genre, or has it helped your books stand out?

I haven’t specifically thought about whether my approach hurts sales or helps the books stand out. I write the stories as they develop and as my faith is such a huge part of my life, I find it is a natural extension into my stories.

I’m working on the third book in the Coastal Guardian series.

Dani combines the page-turning adrenaline of a thriller with the chemistry and happy-ever-after of a romance. Her novels stand out for their “wicked pace, snappy dialogue, and likable characters” (Publishers Weekly), “gripping storyline[s],” (RT Book Reviews), and “sizzling undercurrent of romance” (USA Today).

Dani researches murder and mayhem from her home in the Washington, DC metro area, where she lives with her husband. Their two daughters, a son-in-law, and two adorable grandsons also reside in Washington, DC.