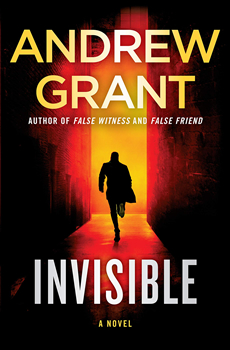 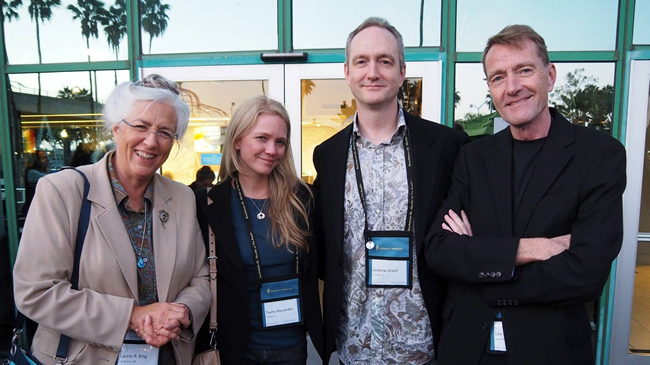 Grant at a conference with a few of his writing peers. 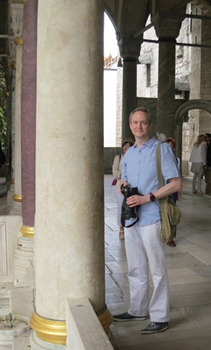 Grant (right) on a panel with fellow authors