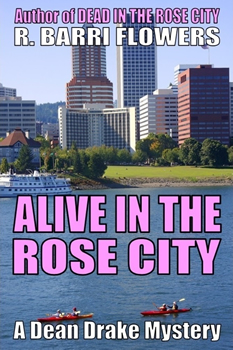 From the mind of bestselling writer and criminologist R. Barri Flowers, author of the Dean Drake hardboiled mystery Dead in the Rose City, comes the much-anticipated sequel, ALIVE IN THE ROSE CITY.

Dean Jeremy Drake, a six-foot-five Jamaican-Italian-American private eye nicknamed D. J., is once again up to his neck in danger, deception, and murder in 1990s Portland, Oregon. Packing a .40 caliber Glock, sharp detective skills, raw nerve, and gut instincts, Drake follows the clues wherever they lead, never giving up until he solves the case.

Flowers recently set aside some time to chat with The Big Thrill about creating his hardboiled hero, the demands of writing across multiple genres, and, of course, the Hardy Boys.

What inspired the character of Dean Drake?

All the wonderful, hardboiled, and hardnosed private detectives I grew up reading or watching in movies and television. I wanted a protagonist who was tough as nails, charming when he wanted to be, and able and willing to see any case to its end.

It’s been fun watching him take shape as a character, turning Portland into his own as he goes after bad guys and helps the good guys.

The setting definitely set the tone, shaping the plot and characters. Portland, Oregon, is a marvelous location for a private eye mystery. Anyone who’s been to Portland will recognize the many references and neighborhoods used in the novel.

The biggest challenge was to stay true to Drake’s character as a private eye from the first book, which was written several years earlier. Since then, I’d done other series and I wanted to bring Drake back. ALIVE IN THE ROSE CITY succeeds in going beyond my expectations.

The biggest opportunity was to make my PI hold up to expectations in the sequel while at the same time giving him exciting new cases to tackle.

Yes, I wanted to bridge the traditional private eye mystery with a more modern, hip biracial PI who plays the game by his own rules and doesn’t apologize. He’s a sharp-witted character who fully embraces who he is and is very comfortable in his own skin.

When did you write your first novel, and what was it about?

I wrote my first novel, Dark Streets of Whitechapel, in the early 1980s. It would be years before it was finally published. This fictional account of Jack the Ripper portrays the serial killer as an American (an actual theory still held) who fled New York for London, only to continue his murder spree. A retired NYC detective crosses the Atlantic in search of him and finds romance and a confrontation, with a surprise ending.

You’re a prolific writer with over 100 titles already published. How do you find the time to put so many books out?

Great question. The short answer is that I love what I do and do what I love. Writing has been in my blood since reading Hardy Boys mysteries during childhood. Beyond that, I’ve been able to make the most of time devoted to writing, never had writer’s block, and am continually coming up with new ideas.

You write across multiple genres and categories, from fiction to true crime to YA and children’s books. What drives you to write such different genres?

I love reading a wide range of books in different genres and as a writer, wanted to reach as broad an audience as possible by lending my voice to as many genres as my abilities and creative juices would allow.

When did you know you wanted to be a writer?

As a boy I was always writing short stories and imagining various plots. As a college student, the ease with which I could write papers and such convinced me that writing for a living was in my future.

Growing up in Detroit in the 1960s and 1970s profoundly affected my storytelling. Various racial and ethnic groups coexisted, giving me a rich atmosphere to absorb. Michigan State University continued that experience as I met students from all walks of life.

If there’s anything you could change about any of your previous works, what might it be?

I love this question. I probably wouldn’t change much story-wise. However, as my writing skills have evolved over time, I’d certainly make a few changes regarding attention to detail, character development, and plot angles.

You are a sought-after expert on true crime, appearing on the Biography Channel, Investigation Discovery, and Oxygen television series. What was it like the first time you were approached to be on TV?

It was exciting to be recognized as an expert on criminal behavior that first time around. The filming process was an interesting experience. It took about 10 hours of taping to make 50 minutes of show. It was a great experience.

Many writers spend their lives working toward a culminating life work. Do you have such a tale in the wings?

Yes, I’ve thought about doing a historical fiction work inspired by some of the historical nonfiction I’ve written. Maybe a murder mystery set in early 19th century America told in a literary fiction style. Hopefully I will get to it before it’s too late.

What advice would you give to a new or aspiring author?

Read as many books as possible in various genres, by successful and lesser-known authors, and learn from what you read. Always choose subjects you are passionate about. Never give up on the dream. Believing in yourself is two-thirds of the battle.

Now we come to the part of the interview where we delve into the deep philosophical question of who is the real R. Barri Flowers.

You are marooned on an island with only coconuts, kelp, and fish for sustenance. You can have two books, one bottomless beverage, and one thing small enough to fit in your pocket. What would you have with you?

Superb question. The two books would be The Fatal Shore: The Epic of Australia’s Founding by Robert Hughes and 84 Charing Cross Road by Helene Hanff.

The beverage would be delicious bottled water, and the small pocket item would be a smartphone that I could use at my whim to keep up with the rest of the world, while making the most of the solitude. 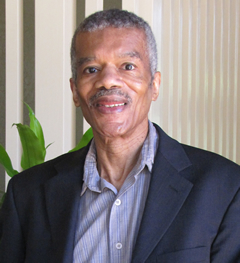 True crime titles include Jealous Rage, Murder of the Horse Trainer’s Rival, Murdered by the King of Western Swing, Murder During the Chicago World’s fair, Murder of the Doctor’s Wife, The Sex Slave Murders 1, 2, and 3, The Pickaxe Killers, Murder at the Pencil Factory, Murder of the Banker’s Daughter, Murder of the U.S. Attorney, Killers of the Lonely Hearts, Dead at the Saddleworth Moor, and The Dreadful Acts of Jack the Ripper and Other True Tales of Serial Murder and Prostitutes.