The Making of an
Unputdownable Thriller 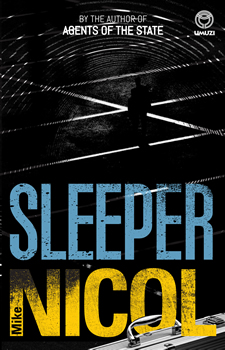 Mike Nicol is the best stylist writer in the thriller genre in South Africa today—his staccato language, tense plotting, and nice and nasty backdrop of Cape Town makes each of his books impossible to put down. Nicol’s novels just keep getting better. And if you’ve never read a South African thriller before, try SLEEPER—you’ll be hooked.

Cool-cat surfer Fish Pescado and his ex (maybe) spy girlfriend, Vicki Kahn, are back. The minister of energy is murdered and his lover hires Fish to find the killer—but then disappears herself. A much deeper game is going on, and one that sucks Vicki back into her old profession. Spies, terrorists, a briefcase of enriched uranium, and a sleeper all come to a head at a farm in the Agter-Paarl.

Below, Nicol takes some time to answer a few questions for The Big Thrill about his riveting new thriller, SLEEPER.

Mike, Fish, and Vicki have an up-and-down relationship—both always seem to be on the point of breaking it off. In SLEEPER, Fish is thrown into prison and Vicki is lured back to her old spying role by her previous handler, so they don’t even spend a lot of time together. Do you see them more as diverse protagonists than as a couple?

You’re absolutely right. The nature of their relationship is an uneasy reliance. They are attracted to one another; they like being with one another, but circumstances are against them and their relationship. Fish is probably the more steadfast of the two as Vicki has her gambling addiction to accommodate and she is secretive by nature, hence the ease with which she becomes a spy and continues in the shadow world even when she’s no longer employed as an agent. Also they allow me to do two things: they allow for Fish’s private investigations and the restrictions and hostilities he faces as he goes about them; while Vicki gives access to the dark world of espionage, both local and international. I wanted to contrast these two different ways of interpreting events. 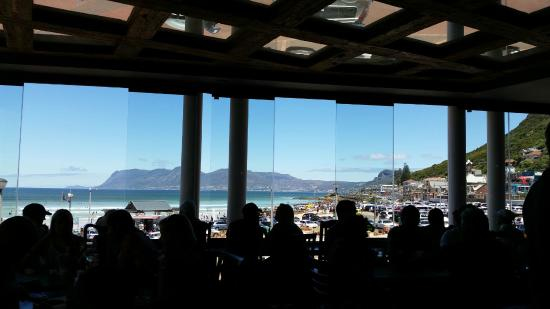 At the heart of the novel is a ‘sleeper’—an agent totally submerged under cover. But who the person is, and who the principal is, forms part of the intrigue. What was it about having a sleeper in the story that appealed to you?

I have a fascination with history. History is full of sleepers and you just never know when they’re going to awaken, and when they do what havoc they’ll cause. The secret agent as sleeper seems to be the metaphor that best serves this idea of how history determines the present and future. Also sleepers are initially one thing and then they become another. For long periods they are benign, then suddenly they are activated and become malignant. Another metaphor would be to see them as cancerous cells. We all have these cells in us, we just don’t know if or when they will be triggered. Sleepers are part of what it is to be human.

You could move many thrillers with only superficial changes to other cities, even other countries. Your novels are steeped in Cape Town, from Fish’s surfer culture, through the politics around the different race groups, to the homeless bergies. I can’t imagine the books set anywhere else. Is Cape Town the “real” hero of your books?

For me, the major attraction of crime fiction—all categories of thriller, actually—is the setting. Those crime novels I value most carry stories you can’t separate from their cities and countries. I want the rich tapestry of politics, culture, and history that good crime fiction uses. If it doesn’t have that, if it is a generic thriller, I’m not going to finish reading the book. Given this, it’s important for me that Cape Town is at the center of my fiction and that the type of characters that make up my imaginary version of the city are the type of characters you are unlikely to find anywhere else. You’re right, Cape Town is the real hero. 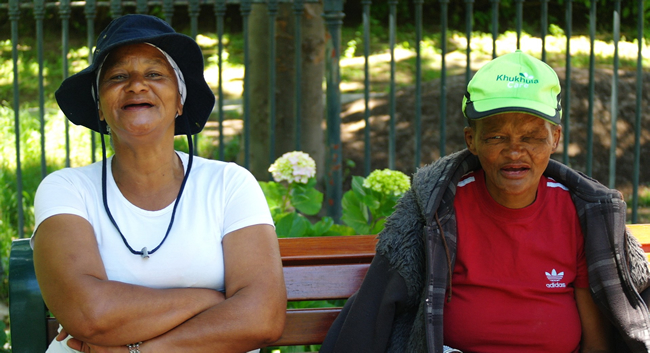 In your novels, the South African political scene and its corruption is never far below the surface. Mart Velaze and his mysterious Voice have their own agenda and the reader is never sure just what it is—indeed it seems to shift. By its very nature, the spy world has many competing branches, all with shifting agendas. Would you comment?

I suppose it’s a truism that in every country the political scene is forever shifting. In South Africa during the years of President Jacob Zuma it was exceptionally fluid. No less so today, come to think of it. And yes, the South African political world is a source of material for me and, yes, the fiction is a commentary on it. However, in the world of espionage fiction, the shifting agendas are a convention where the various intelligence branches within a country, let alone international agencies, are competing with one another for information. There is sleight of hand everywhere, there is obfuscation, false intelligence, duplicity: these are the conventions upon which spy fiction is built. I am sure that to a degree it reflects the real world, but we have to remember that what we are dealing with is fiction, and spy stories, like all stories, are hyped up. There’d be little point to them if they weren’t. 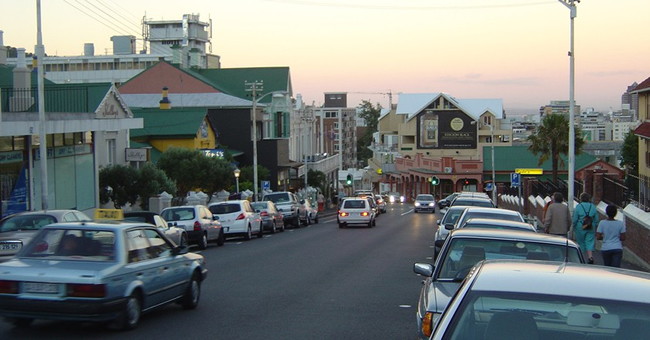 Robert Wainwright, the scientist corrupted and blackmailed into helping to sell the enriched uranium, seems to be the ultimate antihero. Although he’d like to do the right thing, he is totally ensnared in his bosses’ web and useless to Vicki when the chips are down. I often wonder if ordinary people with ordinary families would rise to the sort of levels one often is asked to believe in thrillers. Were you making a point like that, or did you just see Wainwright as a weak character?

I didn’t want Wainwright to come across as a weak character. I wanted to portray a character battling with the situation. He wants to do the right thing but he is scared: scared for his family, scared for himself. This is not just about possibly losing a job, this is about possibly losing a way of life, if not life itself. It seems to me that whistle-blowers never come out of it well. They do the right thing at terrible personal cost. And this was what I wanted to show, how much his actions were going to cost this man and really did he have the inner resources to stand up against impossible odds. It is the sort of test I hope I’ll never have to confront.

In SLEEPER you have a reunion of all your lead characters, even Mace Bishop from the Revenge Trilogy. Did you set out to bring them all together or did it just work out that way?

What I really enjoy about writing is the unexpected, and this “reunion” was unexpected. I knew from the start that most of the characters would have a part, but I never thought Mace Bishop would be back. Yet suddenly it made complete and utter sense, and I thanked my lucky stars.

The story comes full circle for some of those characters, but Fish and Vicki are still in play. Do you have a writing project with them underway at the moment?