If you’re looking for a truly gripping work of suspense, you should check out Dan Fesperman’s SAFE HOUSES, a spy novel wrapped around a murder mystery set in Cold War-era Berlin.

The story kicks off in 1979, with a low-level CIA official discovering a cover-up that has lethal consequences. In her duties overseeing a network of CIA safe houses in West Berlin, Helen Abell overhears two unauthorized encounters. While one merely hints at a shadowy situation, the other puts her in the crosshairs of one of the CIA’s most ruthless and powerful operatives.

Helen is a capable woman but she doubts herself, mostly because she has grown accustomed to being underestimated. No surprise since she wants to be a field operative for the CIA in the late ’70s, when women were rarely offered those kinds of jobs.

“It’s easier for us to recognize her heroism and her abilities—she’s smart, savvy, bold, persistent—than for her,” says Fesperman. “If we met her at a party, we’d enjoy her subversive wit, although we might not notice her right away. She’d be keeping to the margins, a keen observer awaiting her moment.”

The impact of Helen’s discoveries reaches far beyond 1979. When two people are gruesomely murdered in a Maryland farm town in the present day, Helen’s daughter, Anna, is forced to chase down the truth about her mother’s past.

Anna is more self-assured and outspoken than her mother, but there are strong similarities between the two women. “Like her mom, she doesn’t suffer fools gladly,” Fesperman says. “You could argue that Anna is more assertive because of the times she lives in. But you can also make the case that her mom subtly instilled those values in her daughter. Not that Anna would say so, because she grew up thinking of her mom as a bland farm wife who’d sacrificed all hopes and ambitions to the interests of her husband and children.”

Anna soon learns that last point is a misconception, but the real difference between the two women has much to do with the times they live in. Fesperman seizes the opportunities, and the challenges, of illuminating the era after World War II.

“Cold War Berlin was the archetypal spy battleground, a divided city, with the Wall and its watchtowers as a bleak centerpiece,” he says. “People today often forget that West Berlin was so isolated from the rest of the free world, an island embedded more than a hundred miles deep inside Soviet-dominated East Germany. Throw in East Germany’s Stasi, with its smothering surveillance culture, and you’ve got a setting with built-in duplicity and mistrust, a place where small mistakes often have big consequences. For a spy novelist, what’s not to like?”

Fesperman acknowledges the challenge of making a story feel fresh when so many previous books have already covered that ground. His solution is inspired.

“Instead of relying on the U.S.-Soviet conflict for material, I looked within the U.S. intelligence community for internal fault lines of interest,” he says. “I hope I was able to come up with a few original twists.”

But how do you cross an espionage thriller with a murder mystery? Fesperman says it happens organically. “Once I settled on the plot lines of the 1979 spy story and began burying some explosive secrets from that era, that led pretty naturally to the sort of consequences in the present day that would more closely follow the conventions of an unexplained homicide.”

And he says it was fun to shuttle back and forth between the mystery and the thriller, and to weave the common threads that stitched them together.

Fesperman’s choice of location looms large in the novel. There’s no more potent symbol of the Cold War era than West Berlin, which, as Fesperman says, had the feel of a giant locked room—a haunted city where no one could easily come and go. But why choose Maryland’s Eastern Shore as the modern-day counterpoint?

“I’m attracted to it as a place where someone can fairly easily hide in plain sight because of its rural nature, its pastoral pace,” Fesperman says. “Yet, most of it is within a hundred miles of Washington’s power centers – Langley, Capitol Hill, K Street, the White House—and a few of its more prosperous corners are inevitably sprinkled with people who’ve been a part of those cultures.”

“I was also exposed to so many types of dodges and deceptions from a wide range of scoundrels in government, in business, and in crime,” he says. “Reporters also learn valuable research skills. But the greatest gift was that it forced me to see the world from so many varied points of view, from all incomes and cultures, and from all walks of life. You can’t ask for greater training as a novelist.”

After eleven novels in which the same main character appeared only in the first two, Fesperman says SAFE HOUSES convinced him that he may want to settle into a series at last. He has already started another spy novel in which Claire Saylor, who appears prominently in SAFE HOUSES, is the main character in a 1999 setting. Helen Abell will also make an appearance. The reason for this change of heart?

“I enjoyed their company too much to let them go,” Fesperman says, “and I hope readers will have the same reaction.” 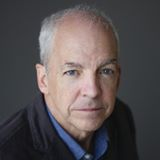 Dan Fesperman’s travels as a journalist and author have taken him to thirty countries and three war zones. Lie in the Dark won the Crime Writers Association of Britain’s John Creasey Dagger award for best first novel, The Small Boat of Great Sorrows won their Ian Fleming Steel Dagger for best thriller, and The Prisoner of Guantanamo won the Dashiell Hammett Award from the International Association of Crime Writers. SAFE HOUSES is his eleventh novel. He lives in Baltimore.