A Protagonist Who Crosses Time 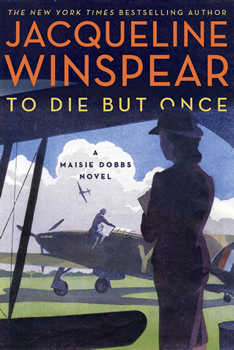 In the novel Maisie Dobbs, a young maid with a secret thirst for learning volunteers as a nurse in World War I and then becomes a fledgling private investigator. Published in 2003, the mystery was highly successful, with Library Journal pointing out that “World War I is a major theme in the book.”

This spring, the thirteenth novel in the series, TO DIE BUT ONCE, was published. In it, Maisie Dobbs, now a successful investigator, takes on a case of a young man missing from his job as a painter employed by the military in a mysterious capacity. England is at war with Germany … but now it’s World War Two. The novel rapidly hit the bestseller list, with reviews such as this in the Wall Street Journal, saying, “The wartime details … transport us with ease to a milieu where danger is omnipresent but—thanks to the presence of steadfast figures like Dobbs and her like-spirited colleagues—so is hope.”

The question arises: did author Jacqueline Winspear carefully plan her main character’s progression from one world war to the next?

It turns out, not at all.

Winspear says, “When I first wrote Maisie Dobbs, I was just writing a story that was in my head—I had no plans for a series. It was only when the book went into production and my then editor asked me about ‘the next book in the series’ that I sat down to plan what I wanted to come next, and how I wanted to share a series of novels—but at that point I had not envisaged taking the novels to World War Two.” 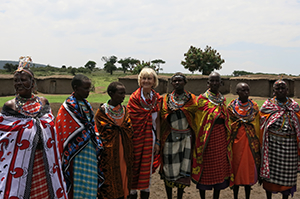 As for the success of Maisie as a character solving mysteries, Winspear says, “I simply write from the heart. And you have to remember that Maisie Dobbs has had training in her field; she’s not an amateur. If anything, perhaps it’s the qualities of endurance and resilience, her kindness and her desire to adhere to a given set of values that speak to people.”

This isn’t to say that Maisie is not carefully crafted from a historical perspective, both as a private investigator and as someone who, in this novel, is “single.” Says Winspear: “Maisie Dobbs is very much a woman of her generation—that she worked and has a business was far from unknown in Britain at that time, and Maisie embodies the spirit of her generation of women. By 1921 there were two million ‘surplus’ women in Britain—and that was the language used in a government report to describe the numbers of women of marriageable age for whom there would not be a husband and children, due to the losses of men in the Great War. Girls at a school in Sussex were told that they had a ‘one in ten’ chance of getting married—so they’d better start planning accordingly! Women moved into public life as never before, aware that they had to be responsible for their own financial security, that they had to be part of a community, or become invisible, and they had to nurture relationships to sustain them as they grew older.  One only has to consider the fact that the time between the wars was the Golden Age of mystery—and many of those authors were women.  There’s a job you could do at home without training!  But as much as Maisie reflects the women of her day, ultimately I think it’s entirely possible to have a female or male protagonist who is married—it’s a job, after all, and women work.  I should add that Scotland Yard’s Dorothy Peto appointed the first women detectives in 1930. Peto was the first woman Superintendent in the London Metropolitan Police from 1930 to 1946.”

One standout feature of TO DIE BUT ONCE is its use of secondary characters. Far from being sidekicks or listening posts, the men and women exist in the novel in their own right, and they move the plot along as well. Winspear’s secret to strong secondary characters is “following the path of history.”

She explains: “Getting characters involved in real events of varying levels of national and international significance is important, and of course the everyday matters that engage anyone—they’re all brought into the mix. I always consider that I am dealing with people—not just ‘characters’. And people do interesting things, so that’s part of moving the plot forward.” 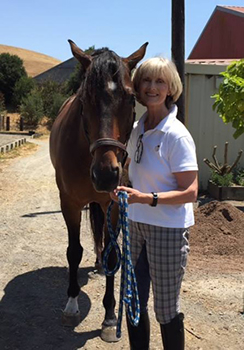 As for what books, fiction and nonfiction, have influenced her in her creation of Maisie Dobbs, the author says she doesn’t rely on fiction at all. “Mainly because I do my best to avoid fiction associated with the era I write about; I don’t want to be influenced by anyone else’s stories or their voice. I now have many, many books in my personal library about the era—many I’ve been collecting for years before I was ever a writer of fiction—so it’s hard to pick out one. They tend to be very specific books, not general WWI or WWII books.  I can’t think of one that was ‘influential’ as such—they are all on my shelves simply for me to access information, and often I will buy a book just for one chapter, to increase my understanding of a given subject. And they might not be history books as such—for example, when I wrote my novel The Care and Management of Lies (not part of the series, and not a mystery), one of the books I read was Karl Marlantes’ memoir, What It’s Like to Go to War, which is a memoir of his Vietnam experiences, and his struggle with PTSD.  I should also add that it’s my primary research that has the most impact on my work and that means the time I spend in archives (for example, the Imperial War Museum), or specific libraries housing collections of letters and photographs. In creating Maisie Dobbs, it was my memories of the women of WWI that inspired me—when I was a small child, they were the ladies of a certain age in our community, women who had never been married but were of a certain type—spirited, sometimes outspoken, hearts of gold and opinionated.  And in creating a sense of what it’s like to be at war, and to endure the experience and the aftermath, I tapped into my own observations of family members who’ve been through those times.”

The result, readers would agree, is a true transporting to those times.