Digging for Secrets That Thrill 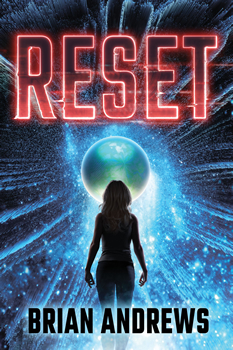 Brian Andrews is a former U.S. Navy submarine officer whose mind dives into unfathomable places. In his latest novel, RESET, he combines his knowledge of military technology and cutting-edge neuroscience, to craft a story about a mysterious, otherworldly object that ravages its victims’ brains. I caught up with him recently to talk about his new thriller.

Brian, you work with Jeffrey Wilson on two series of novels and also write science thrillers on your own. How is writing solo different from working with a partner?

Co-authoring with Jeff is definitely more fun than writing solo. Coming from a military background, collaboration and teamwork are entwined in my DNA. In both the Tier One and Alex Ryan series, we structure the work to leverage our strengths, which makes us more productive.

The other great benefit is the ability to brainstorm our way out of plot problems and moments of “writer’s block.” When one of us gets stuck, the other guy is just a phone call away. Jeffrey Wilson is an incredibly talented writer and has such a brilliant mind; I was so fortunate to have met him in the International Thriller Writers organization and forged such a strong friendship and professional partnership with him. Thankfully, neither of us looks at co-authoring as an all-or-nothing arrangement. And writing solo is a vehicle for me to pursue idiosyncratic or speculative constructs that aren’t a fit for either the Tier One or Alex Ryan universes.

What gave you the idea for RESET?

About a decade ago, I was having dinner with someone who’s plugged into UFO and X-files-type investigations around the world. He made a strange comment, almost in passing, that he’d heard the Army had found a bizarre piece of tech in Afghanistan in 2002 while looking for Osama Bin Laden in the Tora Bora cave complexes. I asked him what it was and he shrugged and said it was determined to be very old but contained advanced technology. Intrigued, I started asking questions around my network, but I didn’t get any hits. I contacted a Canadian photojournalist who’d embedded with the 10th Mountain Division (the shooters spelunking the caves), but he said he hadn’t heard anything of the sort. 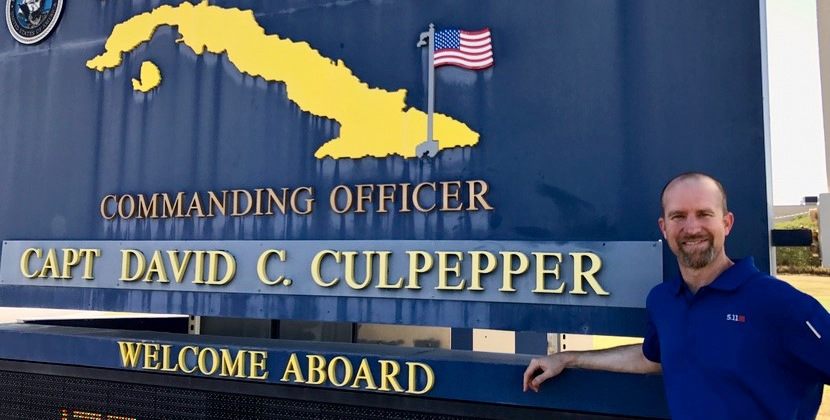 After hitting enough dead ends, I decided to stop digging. But the central germ of the idea stuck with me, nagging my author’s brain and not letting go. I started asking myself questions like: What if the Army really did find some kind of unidentified advanced technology in a cave? What could it be? Where might it have come from? What is its purpose? In brainstorming these questions, RESET was born.

I loved your description of the abandoned Atlas missile silo that one of the RESET characters converted into a doomsday shelter.

As a former submariner, a guy accustomed to being trapped in a mechanized tube underwater, I definitely feel a certain nostalgic allure for these structures. I know exactly how the Missileers (yes, that’s what they’re really called) who stand watch in the complexes feel. I understand the professional and emotional gravity of safeguarding a nuclear missile, a weapon of tremendous power and destruction, while being able to literally reach out and touch it. Today, it amazes me that these Atlas-F complexes, built in the 1950s and ’60s for what would be hundreds of millions of today’s dollars, are still out there, abandoned as worthless.

Not everyone views them as worthless, however, which is where Doomsday Preppers come into the picture. From a dystopian civilian perspective, there’s no structure on earth more valuable than one of these decommissioned silos. Only billionaires could afford to build an equivalent structure today. The vast majority of the research I conducted was online. Here are two links to curated Atlas-F material online to satisfy your inner Prepper: www.andrews-wilson.com/research and www.atlasmissilesilo.com.

RESET has a fantastic cast of characters. Which is your favorite?

Hmm, that’s a tough question. It’s a close race between Willie Barnes and Josie Pitcher, but ultimately, I have to go with Josie because she’s just so damn brave. With this story, I took the perspective of flipping the Superman-saving-the-damsel-in-distress storyline on its head. In RESET, you start by meeting this tough-as-nails 10th Mountain Army Ranger who seems like he’s unstoppable, until he’s not and the only one who can save him is his young, tenacious Army wife.

Are there any connections between RESET and your other science thrillers? When I read the new book, I spotted a mention of Vyrogen, the pharmaceutical company that figures in your earlier novel The Calypso Directive.

I love this question and the fact that you remember a detail like that from my first novel floors me! The Vyrogen mention in RESET was a fun little Easter egg for the handful of humans like yourself with eidetic memories who happen to have read both books! I explored immunity mutation in The Calypso Directive, biological nanotechnology in Beijing Red, immortality via gene editing in Hong Kong Black, and mind-control technology in RESET—all different science threads, but each fascinating in its own right. As the universe of stories continues to grow, expect to see more Easter eggs and tie-ins!

What’s next? Any more novels in the pipeline?

The fourth Tier One novel, American Operator, is set for release this coming November by Thomas & Mercer. In the new book, Navy SEAL John Dempsey is tasked to extract an American hostage from Syria, but he and his team soon learn there’s more to the story than just a kidnapping for ransom. Besides that series, Andrews & Wilson is developing a new stand-alone novel starring a former Army CID investigator who is tapped to solve a very unusual homicide. This book is already garnering film interest prior to publication, so stay tuned for developing news. Lastly, I’ve begun work on my next solo novel. Now, if I could just learn how to write faster!

Brian Andrews co-authors the Wall Street Journal best-selling Tier One thriller series (Tier One, War Shadows, and Crusader One) with Jeffrey Wilson. You can find him online on his website, Twitter (@bandrewsjwilson) and his Amazon Author Page.

Mark Alpert
About the Author: Mark Alpert, a contributing editor at Scientific American, is an internationally bestselling author of science thrillers. He is the author of nine science thrillers.His first novel, Final Theory, was published in 23 languages and recognized by Booklist as one of the year’s best crime novel debuts. His next novel, THE COMING STORM, will be published by St. Martin’s Press in January 2019. For more information about his books, visit www.markalpert.com