By Nancy Bilyeau
Getting into the mind of a murderer is a true feat for a writer. It’s made even more challenging if, first, it’s a famous crime, and, second, it’s one that is officially unsolved. But that is exactly what Dawn Ius pulled off in LIZZIE, a young adult novel that re-imagines the infamous 19th century double murder widely attributed to Lizzie Borden, who as the song goes, “gave her mother 40 whacks, and when she saw what she had done, she gave her father 41.”

Ius, the author of Overdrive and Anne & Henry, a young adult modern telling of the love story of Anne Boleyn and Henry VIII, was drawn to the life of Lizzie Borden, arrested but not convicted for the murders of her father and stepmother, because “I’m obsessed with true crime, and more so, true crime that is unresolved. Plus, this story takes place in the past, so it’s a bit of a triple threat—all of my ‘loves’ coming together. Admittedly, this particular story was inspired by my great friend James Grasdal who dropped Lizzie Borden’s name in casual conversation, and then sort of nudged me toward a very loose plot. By the end of coffee, I knew I would write this book—I just wasn’t sure how. That took a tremendous amount of research and brainstorming.”

A journalist and editor, as well as the deputy editor of The Big Thrill, Ius plunged head-long into the life of Borden, who died in 1927 in Falls River, Massachusetts, the same town she was born in and where in 1892 her father, Andrew Borden, and stepmother, Abigail Borden, were found dead in their house, attacked with a hatchet that was never found. “I knew the basics—the rhyme, the fact that she was acquitted, a bit about her religious background, and the gruesome nature of the crime,” Ius says. “But as I started to research her story, I couldn’t wrap my head around the idea that she could have murdered her father and stepmom, that there had to be an alternative theory, or some reason. I don’t know, even now after the book is about to hit shelves, if I am confident in her guilt or innocence, but the research I did about the case certainly helped me understand—as much as anyone can understand motive—the ‘why’.” 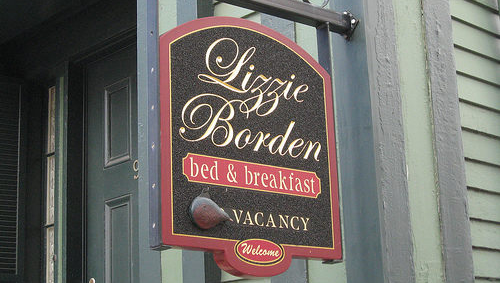 In LIZZIE, the time is now, the protagonist is 17, painfully shy, and dreams of becoming a chef while suffering the tyranny and abuse of her father and stepmother, all the while working in the family’s B&B. Despite all of these changes in the Lizzie Borden template, the main points of her life remain remarkably unchanged. “One of the reasons I’m drawn to re-tellings is because it’s a tremendous challenge for me to weave history into a contemporary setting in a compelling way,” Ius says. “I had such fun doing that in Anne & Henry—even knowing how that story ends, and this was no different. But when you go back in history, the actual details get murkier, or misinterpreted, and so as the author, you kind of have to be okay with not getting it all right, and that some people aren’t going to like the way you’ve interpreted the research, or taken creative liberties with it. Which is ironic because millions of people know nothing about Lizzie Borden beyond the infamous nursery rhyme…and of course, the facts aren’t correct in that fictional tune—I recently had a heated debate with someone about the difference between a hatchet and an ax.”

To spend all this time thinking about and writing about Lizzie Borden did take a toll. Ius admits she would wake up in the middle of the night unnerved by the saga of the accused ax murderess. “But more than that, the story haunted my every waking minute. While writing this book, I sunk into some kind of odd depression, and I sometimes found it hard to pull myself out of the darkness. Beyond the actual murders—which were horrific—LIZZIE deals with some dark themes. They permeated every aspect of my life, to the point where my husband suggested that I might want to consider something lighter for my next book. I’m not…but it was a good suggestion.”

When not writing, Ius can be found kayaking the lake by her home

The challenge in writing a novel that is in the first person is not only getting into the head of the protagonist, but helping readers to understand the character and perhaps to relate to even her. “I do empathize with Lizzie, and that was really important to me,” Ius says. “Last year, I was doing a Skype school visit, when a very young boy astutely asked: how are you going to make us like Lizzie Borden? It was the driving question with every page I wrote. And I owe that kid tremendous gratitude, because every time I started to veer off course and get a bit too ‘cartoon villain’, his words echoed in the back of my mind. My Lizzie—and, depending on whose interpretation of history you believe, the real Lizzie Borden—suffered tremendous physical and emotional abuse. The more that played out on the page, and in my mind, the easier it was to see how yes, it’s possible she could have killed her father and stepfather with a hatchet. It was tremendously hard to write, but forced me to go deeper into character.” 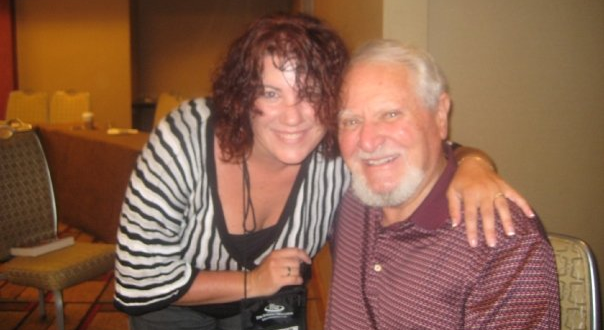 In Ius’s most recent novel, Overdrive, not based on historical characters, the protagonist was a young car thief. That story tapped into a different passion of hers. “Overdrive is the book of my heart. I’m super proud of it, and I love the characters, but every second writing it was absolute fun because it tapped into my personal obsessions. My knowledge of muscle cars is legendary among my poor friends, and I’m obsessed with going ‘fast’. But I definitely needed to work hard on the characters, and sometimes a blank canvas can look an awful lot like a blank page. Once I figured out who the characters were, though, it was easy, and admittedly, it’s nice to not have them compared to a historic version of their former self.”

Of course Lizzie Borden is not only a famous historical figure but someone who is the subject of fierce debate even today. If she were arrested and tried for murder today, the results could be different. “Modern forensic techniques and technologies would play a larger role in evidence collection and analysis,” Ius says. “So much was missed in the original investigation because they just didn’t have the tools we have today. I suspect the trial would have gone on longer as well—she was acquitted in 15 minutes or something ridiculous. But I still don’t know if she would have been found guilty. Maybe I’m naive—certainly there’s a lot of evidence to support her guilt, but there’s also plausible doubt.”